After bombing 6-1 in Buffalo the night before, the Bruins turned things around and finished the regular season the right way. Phil Kessel's 2nd career hat-trick sent waves of fear throughout the top 8 Eastern Conference teams as the playoffs loom on the horizon. Michael Ryder scored his 27th of the season, Marc Savard his 25th, and Chuck Kobasew his 21st. David Krejci had an assist, giving him 100 career points. Savard's two assists give him 200 total since joining the Bruins.

And now the Bruins have a date with the Montreal Canadiens. By the way, the French word for turtle is la tortue. Komisarek, O'Byrne, they're turtles. 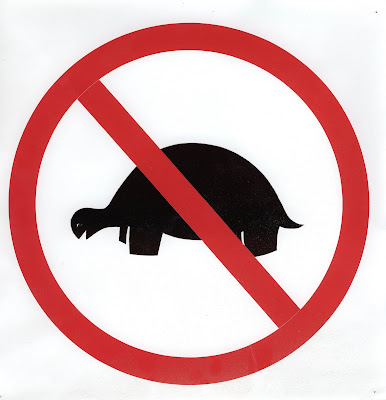 No word yet on when the series will start, but the playoffs begin April 15th. A series preview will be coming very shortly.

APPARENTLY IT DOESN'T SUCK TO B.U.

I was pretty drunk near the end of this game so I'll just let ESPN's highlights do the heavy lifting:

BU's season was, in a word: magical. Down by 2 late in the finals, and they come from behind to beat Miami. Down 4-3 in the 3rd period against Vermont in the semifinals, and they comeback to win it 5-4. With 15 seconds left in regulation, they score the game winner against UNH in the quarterfinals. In the Hockey East Championship game, they beat UMass-Lowell 1-0 thanks to a UML goal that was wrongly disallowed. Down 1-0 to BC in the 3rd period of the Hockey East semis, BU scores 3 times in 45 seconds and wins 3-2. On the last day of the regular season, BU needs Northeastern to lose to 6th place BC in order to claim the regular season title. Northeastern goes down 4-1.

A fortunate season? Yes. But that late-game magic wasn't luck. It was talent, heart, and skill. It was a team that won 35 times, and only lost 5 times. They went 9-2-2 against NCAA tournament teams during the regular season. In January, they won the Denver Cup. In February, they won the Beanpot. In March, they won Hockey East. And in April, they've won the National Championship.

Source:
Hockey East
Posted by rob at 4:46 PM No comments: