Honeymoon Over for Refs

The real referees have returned, and all were greeted with applause across the NFL this weekend. Until they started making calls. The honeymoon is already over, especially for Giants and Packers fans. Missed calls, game-changing penalties, in other words: human beings being human.

The real refs are experts at game management. They know the rulebook better than those who wrote it. They can still make mistakes, though.

The reaction of some NFL fans to the real refs reminds me of something. You go out with a girl, she's a good woman, but after a while she kind of wears thin on you. Things just don't click. So you break-up with her. Then you go out with someone completely wrong for you, some C word who flirts with your friends and gets really loud and honest when she drinks, and in retrospect you're  ex-girlfriend seems like a goddess. Then you and your ex reunite, you expect perfection, and reality disappoints.

These refs make mistakes. There are 22 moving pieces on a football field, and a handful of officials out there to enforce 122 pages of intricate rules. Let's not get too irate at them for not living up to our unrealistic expectations of flawlessness.

So instead of falling back in love with the zebras, maybe we should just be friends and see where that goes. They're not without fault, they make mistakes, but the alternative is much, much worse. 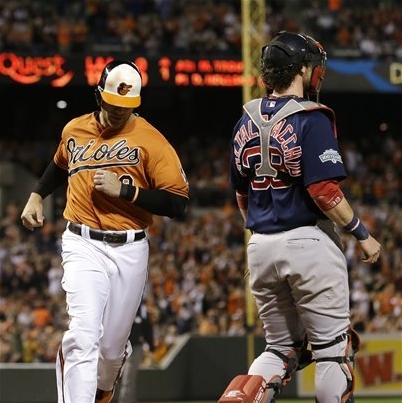 The Red Sox were swept by the Orioles, and ended their September by losing 9 of their last 10. Yesterday they lost their 90th game of the season. They haven't lost 90 games since 1966.

What makes that year important in Red Sox history is that it came before one of the most critical years in the club's history: 1967 (The Impossible Dream Season). Before 1967, this town was not obsessed with the Red Sox, far from it. This town didn't really care about them. Nobody went to the games. 1966 was their 8th straight losing season. Before 1967, the Red Sox were irrelevant.

In 1967, under a new manager, the Sox went 90-72, won the pennant, and lost the World Series in 7 games. They didn't win it all, but they ended a 21 year playoff drought. And they captured the attention of New England.

Is 2012 going to be the reverse of that? This team is so shamefully bad that they're in danger of becoming irrelevant. The Patriots are now undisputed kings of this town. The Celtics are much more likable and entertaining to watch. If Bruins owner Jeremy Jacobs were smart, he'd realize that this is the worst time to remove hockey from this market. In business-speak, the Red Sox are losing market-share.

There's a lack of likability on this team. As they end this sham of a season, all David Ortiz seems to care about is getting "respected" by a 2 year contract. Jacoby Ellsbury doesn't want to disclose his injury status. And the puppet GM will now have more people whispering advice/commands in his ear (Jason Varitek, Bill James).

The Sox have gone over the edge and they're falling down the proverbial cliff in this town. They need to hit the brakes and stop the descent.

Otherwise, they will be as loved and relevant as they were in 1966. When they averaged 10,014 fans in attendance per game. That could threaten the vaunted, alleged Sellout Streak.

Patriots Win in the Air and on the Ground 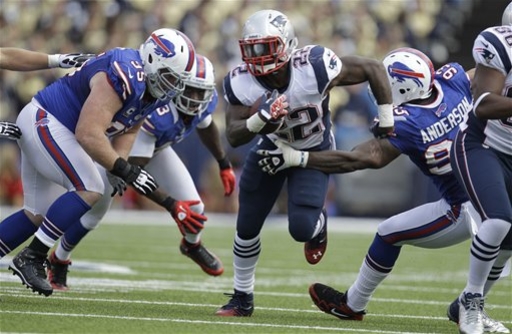 Let's celebrate the positive before dissecting the negative.

Wes Welker, filling in for injured starting slot receiver Julian Edelman, caught 9 passes for 129 yards. I think this Welker fellow might be able to contribute to this offense, even when Edelman returns. Call it a hunch. He seems to have knack for this.

The Patriots offense started the game with a touchdown drive. The first time they've done so this season. That should be more commonplace. Starting games 7-0 has been a Patriots trademark for half a decade.

Rob Gronkowski also had a big day, he caught 5 passes for 104 yards and a touchdown.

On the ground, the Patriots combined for 247 yards and 4 TDs. Stevan Ridley rushed for 106, and undrafted rookie free agent Brandon Bolden ran for 137.

The Patriots scored 45 points in the second half, although the flip-side of that is that they only scored 7 in the first half. Their early drives were incoherent and sputtering. They couldn't string multiple positive plays together, and the Bills did a very good job of covering Brady's targets. Brandon Lloyd was covered so thoroughly that he seemed to be draped in a Buffalo Bills snuggie.

Ryan Fitzpatrick threw two interceptions in the first half, but the Pats were unable to capitalize on them.

The defense made some big plays, and allowed a few of them too. The pass-rush was inconsistent, and in this aerial era of the passer, any QB will find an open receiver given enough time. The Patriots secondary wasn't up to the challenge. The safeties found themselves out of position. And Devin McCourty was able to intercept two passes only because the receiver beat him but Fitzpatrick underthrew the ball.

This team has flaws. We all see them, we all know them. What irks me is when the best players on this team don't play their best. When Brady and the offense fail to take advantage of turnovers. When the kicker misses kicks under 50 yards. When receivers drop passes or fumble the ball.

For several years, the Pats haven't excelled at taking full advantage of the opportunities they have to win games. There have been crucial moments when making one simple play can dramatically increase the chances of winning the game, and the Patriots have fallen short. That worries me more than the secondary or the kicker.