ALL THREE PHASES OF THE GAME 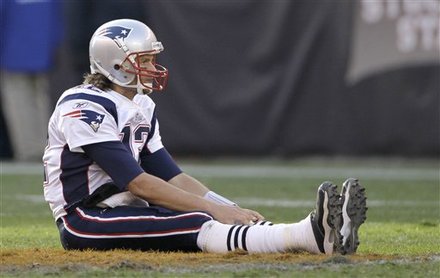 This had "trap game" written all over it. Which is why I thought maybe it wouldn't wind up being one. And maybe it wasn't a trap game. In this NFL, every team with a winning record isn't as good as their record suggests. And every team with a losing record isn't as bad as their record suggests. It's all about how you play on Sunday.

And the Patriots played atrociously. It started with one or two players messing up, then seemed to spread like a virus. Gronkowski essentially cost the team 14 points in the first half. I mean, how is it that Dan Connelly is a better returner than Gronkowski?

That being said, the Patriots were worse in the 2nd half. And that was led by Brady. How many passes did he throw poorly? Better question: how few did he throw well? He missed Gronkowski a few times, underthrew, overthrew. He was 19 for 36, barely completing over half his passes. And that was with Hernandez making some absurd catches. 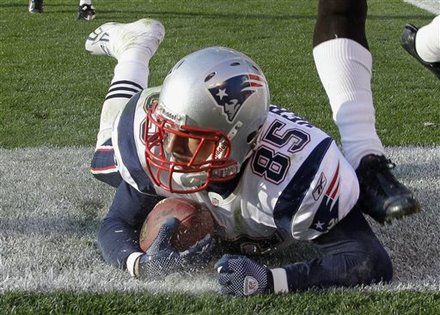 He had ample time. The O-line created pockets big enough for Michael Moore's jeans. But the Browns' coverage was excellent, and you felt the absence of Randy Moss. Well not really Moss, but the theory of Randy Moss. Wes Welker was frequently doubled, and may have missed the attention Moss once drew. Welker probably also misses his old ACL. He's been just a little off all year, even when Moss was around.

Receivers like Tate dropping balls didn't help much. And I went over Gronkowski's struggles.

The defense got manhandled at the line of scrimmage. And at times, looked utterly lost. It was as if the Patriots just found out in the morning that they'd be playing the Browns. They didn't look prepared for anything out of the ordinary. And on the ordinary stuff, Cleveland thoroughly pushed them around.

That being said, they were put in some lousy situations, right off the bat. And they needed the offense to give them a break. Instead, the Browns held the ball for 38 minutes, nearly twice as long as the Patriots. It's no wonder that Hillis ran for 184, and the Browns amassed 230 on the ground.

The commentators kept talking about the "chess match," between Belichick and Mangini. While Cleveland's trick plays and gadgets were well planned and exquisitely timed, this game came down to a few simple non-chess-like things.

#1: The Browns ran the ball well
#2: The Patriots couldn't put drives together (3/11 on 3rd downs)
#3: The Patriots didn't take care of the football

I will say that Belichick has a tendency to overcoach in games like this, when his team isn't executing, and he seems to feel the need to win the game on his own. The squib kick in the 2nd, going for it on 4th down on the Cleveland 24 in the 2nd quarter of a 10 point game (it worked, but I didn't like that decision), challenging Colt McCoy's touchdown.

But ultimately, players play and coaches coach. The Patriots, at least a number of them, didn't play well.

And they'd better spend the week striving to remember how to do so, because they'll be in Pittsburgh soon, where the crowd is louder, where they run the ball, and where they pressure the QB.