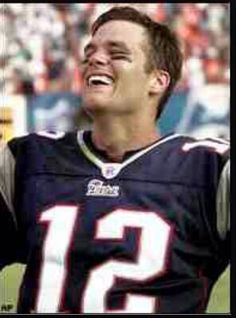 Tom Brady is one of the best players in NFL history. And now he's defeated the NFL in court (in the court the NFL chose). Although it's more accurate to say that the NFL defeated itself.

Some of the key points Judge Berman made in his decision are:

That Brady was never given notice that "general awareness" of football deflation and/or not cooperating with an investigation would result in a 4-game suspension.

That during the appeal process, Brady's camp was never given access to Jeff Pash.

That steroid usage was not comparable to general awareness of ball deflation.

Judge Berman started this appeal proceeding by forcing the NFL to shed its cloak of BS arguments for suspending Brady. What the League was ultimately left with was relying on its near absolute authority to discipline players, granted to the League by the CBA. But with that authority must come responsibility to do that fairly and consistently. Which the NFL didn't do. The League didn't notify players that they might be suspended for a quarter of the season for such a transgression. And the League didn't adhere to its own process when it denied Brady's lawyers the chance to question Jeff Pash.

From the genesis of DeflateGate, the NFL has changed its reasoning for investigating/punishing Brady. At first it was his general awareness, then his lack of cooperation. Then the destruction of his phone was the impetus behind suspending Brady. And in front of Judge Berman, the NFL decided to equate its PED policy with its new PSI policy, and also claim they had absolute power to discipline players.

Their lack of consistency ultimately cost them this case.

Roger Goodell and the NFL did more to lose this than Pete Carroll did to lose the Super Bowl.

Goodell and Mike Kensil were vindictive against the Patriots. But it was Tom Brady who has been vindicated.