Last night the Celtics became the first team to win consecutive games in this series, as they outlasted the Lakers 92-86.

The best player of the game was undoubtedly Kobe, who scored 38. But the best team was the Celtics, who had 4 players in double-figures, and three who scored 18+. Meanwhile, Kobe's 38 was complimented by only 48 total from the rest of the Lakers. And despite amassing all those points, Kobe was -6 on the night.

Paul Pierce had his best night of the post-season, dropping 27, but more importantly his play down the stretch was sheer desire and heart. He ripped a rebound from Kobe, he leaped in the air to catch Garnett's Hail Mary inbounds pass (into double coverage), he incessantly did the "little things," that champions do.

Meanwhile, KG scored 18, with 10 rebounds. Rondo came close to another double-double, with 18 points and 8 assists. Ray Allen had 12, despite missing all 4 of his 3-pointers. Nate Robinson only played 10 minutes, but in those 10 he scored 4 and had 4 assists. He's really fit in with the Celtics' team concept.

So the series shifts back to LA, and rather quickly. I'm surprised the NBA didn't want to stretch this out and play Game 6 on Wednesday, then a possible Game 7 on Saturday. Oh well.

But this was close to a must-win for the Celtics, because needing to win back-to-back in LA is a tall task. The Lakers were 34-7 at home, and 9-1 at home in the playoffs. Then again, that 1 loss came against the C's.

I'm sick of hearing those Vuvuzela horns. That's the only part about this World Cup that hasn't been spectacular. Look, I know that there's an impetus to promote South African culture during this tournament, but would they allow thousands of bagpipes to play if the World Cup were in Scotland? So ban these instruments of obnoxiousness! Let them play for the games featuring the South African team, but when Germany is playing Australia, I want to hear crowd noises. 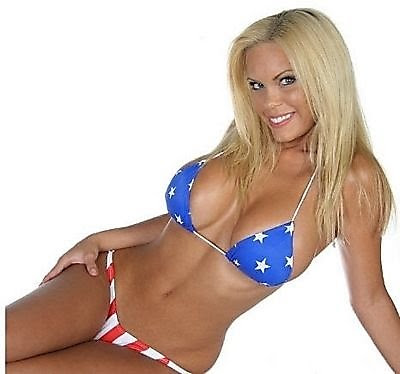 The NY Post conjured up an amazing headline Sunday morning: "USA Wins 1-1; Greatest Tie Since Bunker Hill." And while England's goaltending gaffe ultimately allowed for this tie to occur, it was US goalie Tim Howard and some excellent defending that prevented England from making it a 2-0 game.

South Africa 1, Mexico 1
The South Africans experienced a lot of home-team hospitality when a Mexican goal was incorrectly disallowed for an offsides. There's a reason why the host team has always advanced past the group stage.

Uruguay 0, France 0
France simply refused to adjust their offense to Uruguay's defense. Imagine an offensive coordinator that kept calling for HB Dive or HB Slam, even though there are 10 defenders in the box. That's how France dealt with Uruguay's central clogging defense.

Ever since the '02 World Cup in Korea, these guys have gotten better and better. More and More Koreans are playing for European club teams every season.

An Argentinian with a German last name like Heinze? People who know their history know why that irks me. Argentina willfully became a haven for ex-Nazis after World War II. That's the part of Evita that was edited out.

Slovenia 1, Algeria 0
Slovenia was the first European team to win at the World Cup. How fucking crazy is that? And it was also Slovenia's first win in any major tournament... ever.

There were lots of questions about Germany's quality in this competition. Those questions remain, because Australia looked awful. Miroslav Klose scored his 49th goal for Germany, and his 11th career World Cup goal, tying him for 5th all-time (the record is 14, held by fellow German Gerd Müller).
Posted by rob at 10:00 AM 8 comments: