With the NFL playing on New year's Day, the traiditional bowl games for that day will be played Monday.

Monday - 12:00 PM - ESPNU
Ticketcity Bowl - Dallas, TX
#19 Houston Cougars (-7) vs. #22 Penn State Nittany Lions
PSU won 9 games and had the same conference record as Wisconsin. Then again they didn't have to play Michigan or Michigan State. Houston won 12 games, but the best team they faced was Southern Miss, and that was the one game they lost. This is a good matchup of offense against defense. Houston scored 50.1 per game (1st in the nation), Penn State held opponents to 15.7 per game (5th best). I think PSU will win.

Monday - 1:00 PM - ESPN
Capital One Bowl - Orlando, FL
#20 Nebraska Cornhuskers vs. #9 South Carolina Gamecocks (-2)
South Carolina lost to Auburn and Arkansas and beat Georgia and Clemson. Nebraska also has a good record. They beat Michigan State and Penn State. SC put up 30.1 points per game in the SEC, which is pretty good. They also have a solid defense that should clamp down on Nebraska's one dimensional offense.

Monday - 1:00 PM - ESPN2
Taxslayer.com Gator Bowl - Jacksonville, FL
Ohio State Buckeyes vs. Florida Gators (-2)
Normally these teams meeting would be a tantalizing matchup. Instead, it's a pair of 6-6 teams with 3-5 conference records. OSU was able to beat Wisconsin, then lost to every other quality team they played. Florida's wins were against Furman, UAB, Tennessee, Kentucky, and Vanderbilt. The game is in Florida's backyard, but I have to pick Ohio State.

Saturday - 5:00 PM - ESPN
Rose Bowl Game Presented by Vizio - Pasadena, CA
#10 Wisconsin Badgers vs. #5 Oregon Ducks (-6)
If not for their October hiccups against Michigan and Ohio State, Wisconsin could be in the title game. If not for a 3 point loss to USC, the Ducks would be in the title game. Wisconsin's defense might be able to slow down the Ducks just enough to allow their offense to keep up. The Badgers can rush the ball and shorten the game. I think that's what they'll do.

Saturday - 8:30 PM - ESPN
Tostitos Fiesta Bowl - Glendale, AZ
#4 Stanford Cardinal vs. #3 Oklahoma State Cowboys
How awesome would it be if a game like this was part of a playoff? Both these teams lost 1 game. And they have a legit gripe for being left out of the title game. Both these teams can score points. Oklahoma State is one of the best passing offenses in the nation. Stanford's offense isn't as explosive, but their defense is much more solid. This should be a fun game to watch. I think the Cowboys will come out on top.

All this games will be played on Saturday. Five games in total.

Saturday - 12:00 PM - ESPN
Meineke Car Care Bowl of Texas - Houston, TX
Texas A&M Aggies (-10) vs. Northwestern Wildcats
I thought A&M had a legitimate chance to win the Big XII. So keep that in mind while reading my college football picks. A&M lost to some good teams. Northwestern lost to some bad teams along with good teams. A&M took care of business when playing equal/inferior opponents, and the game is less than 100 miles from College Station. Saturday - 2:00 PM - CBS
Hyundai Sun Bowl - El Paso, TX
Georgia Tech Yellow Jackets (-3) vs. Utah Utes
Tech rushes the ball well over 300 yards a game. They do not pass it. Utah struggles to run and pass. However, their defense is pretty stalwart. They allowed fewer than 20 points per game. I think they'll stop Tech's ground attack. 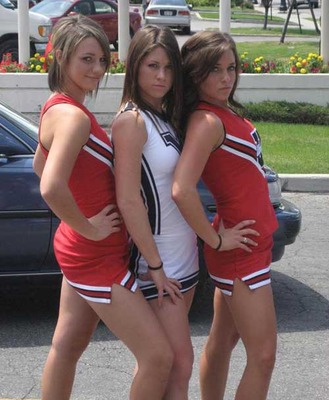 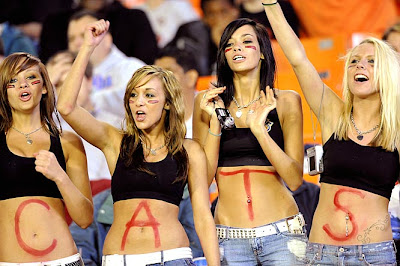 Saturday - 3:30 PM - ESPN
Kraft Fight Hunger Bowl - San Francisco, CA
Illinois Fighting Illini (-3) vs. UCLA Bruins
Illinois won their first 6, lost their last 6. UCLA spread their losses around. In fact, their loss in the Pac-12 title game was the first time they'd lost back-to-back games all season. This game will be an horrific abomination. And I think UCLA will emerge victorious. Saturday - 7:30 PM - ESPN
Chick-fil-A Bowl - Atlanta, GA
Virginia Cavaliers vs. #25 Auburn Tigers (-3)
I think Auburn is a bit overrated, just because they're in the SEC West. Virginia had a solid season, and might be satisfied just to make this bowl game against Auburn. I have a gut feeling that they'll win.