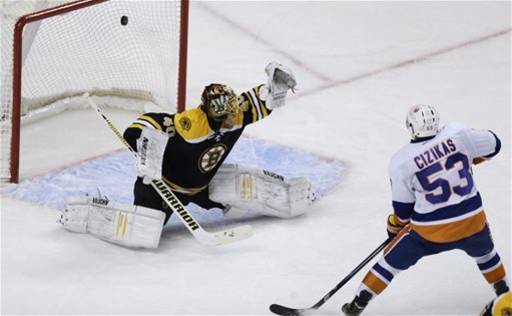 Before last night the Bruins had won 5 of 6, and yet their fans were unhappy. Why? Because their play was uninspired, relaxed, inconsistent, and sometimes careless. They played the same way last night, against a decent team struggling for a playoff spot, and it bit them.

When is Milan Lucic going to get a healthy scratch? Or be once again demoted for the 3rd line (for longer than a game)? Claude Julien had the balls to scratch Phil Kessel in the playoffs. He kept Tyler Seguin on the bench as he developed. And this season he's moved Seguin to the 3rd line. Is Julien afraid of Lucic? This guy is playing with half a heart for almost all of his shifts.

The Bruins wore camouflage warm-ups pre-game, Lucic seems to wear camouflage during games because he is invisible on the ice. 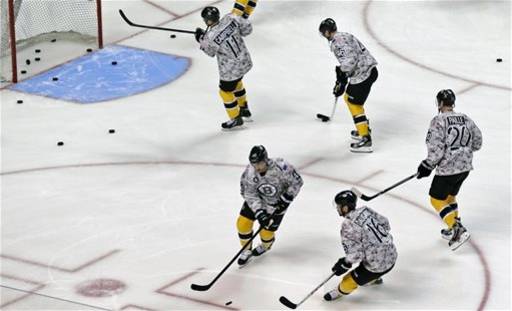 And he makes the most obvious and dumbest mistakes with the puck. In his defensive zone he attempted a BLIND, slow, backhanded pass across the width of the ice. Of course it was intercepted. Lucic has no conception of where he is on the ice, and how careful he should be in certain spots.

Dougie Hamilton was a healthy scratch. Because Adam McQuaid came back. I guess Matt Bartkowski is better than Dougie Hamilton these days. If solid, mistake-free hockey is so important to Julien, why does Bartkoswki get rewarded for it and Lucic evades punishment for lack of it?

And has Hamilton been making mistakes? Has he been costing this team goals? He's been helping them score goals. He's been playing very sound at his position, especially considering his age. Hamilton was a healthy scratch. Why? Because taking care of the puck is vital. Unless you're Milan Lucic.

I apologize for my vexed frustrations. This team is like a rock band that has a great drummer, good guitarists, a capable bassist, and lead singers that sound like cats being anally raped. They ruin the whole act. And the manager seems to favor the singer over everyone else.

The B's travel to Raleigh to play the godawful Hurricanes. That should be a win, despite how crappily Lucic plays.