This was one of the most surprising weekends of college football. Preseason preconceptions have now become misconceptions. And Oklahoma has finally won a big road game. And right now, it seems like OU and LSU are on a collision course. Here are the headlines from Week 3...

MISSISSIPPI STATE ISN'T AS GOOD AS WE THOUGHT THEY WERE
The Bulldogs are decent, but they won't fare well against the powerhouses in the SEC West. They won't move the ball against those top level defenses. It's kind of a shame that they're in such a stacked division. They're already 0-2 in the SEC and finishing 4-4 would be a relative success for this program.

LSU IS AS GOOD AS WE THOUGHT THEY WERE

Their defense is sick. I know it's still September, but a matchup between LSU's defense and OU's offense would be great to see. LSU has already beaten Oregon, they just won an SEC West road game. They still have trips to Morgantown and Tuscaloosa. If they go through their schedule with 1 or even 2 losses, it's tough to deny them a national title bid.

BOISE STATE IS BETTER THAN TOLEDO
Boise State runs up the score against bad teams and they wind up as #4 in the country. Big fucking deal. I'm not impressed.

OKLAHOMA DESERVES TO BE #1
It's tough to argue against LSU being #1, but Oklahoma beat a very good Florida State team on the road. Had LSU's win over Oregon been in Eugene, things might be different.

THE BIG TEN ISN'T AS GOOD AS WE THOUGHT THEY WERE
Michigan State lost to Notre Dame, Ohio State lost to Miami. Iowa already lost to Iowa State. Wisconsin, Michigan, Nebraska, and Illinois are the only undefeated teams left. Nebraska should roll over this overrated league.

MAYBE THE ACC IS BETTER THAN WE THOUGHT 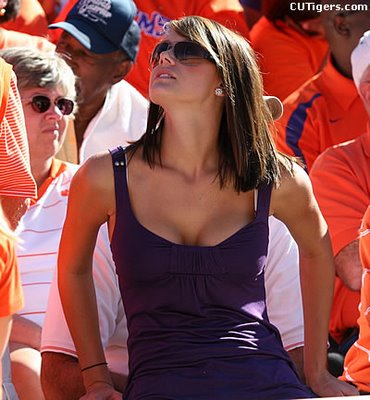 Clemson beat Auburn. Miami beat Ohio State. Granted, Florida State lost to Oklahoma and Maryland lost to West Virginia, but those two teams are likely to win their conferences. I'm not saying the ACC is on par with the SEC or the Big XII, but they might be as good as the Big Ten.

WE NEED A PLAYOFF SYSTEM... BADLY
Imagine a simple, top 8 playoff system. These would be the matchups.

Tell me you wouldn't be glued to the TV.

Yankee Stadium doesn't sell out all the time, even though the Yanks are in 1st. It's pathetic. No other word for it. Yankee fans will gloat and brag as if they had something to do with their team's success (even back in the 1920s), yet when one of their most important players makes history, he did so in a stadium that was 1/5 empty.
Posted by rob at 11:00 AM No comments:

Splitting a Doubleheader With Baltimore Has Become Good News 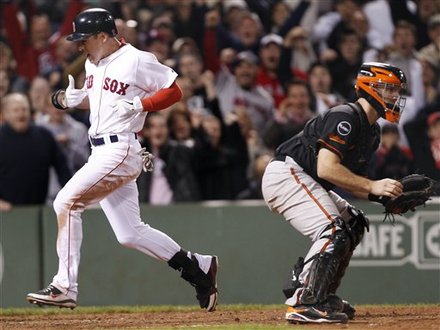 This is the state of things. A split doubleheader with the O's is the best news Sox fans have been able to enjoy in weeks. It also seems like the Sox offense needs to score 18 runs in order for this team to win. The pitching has become that bad.

John Lackey is the worst regular starting pitcher in baseball. His ERA is up to 6.49. He's actually saved his worst performances for the end of the season. His July was mediocre, his August was bad, his September has been godawful.

The 18 run onslaught was nice, but does this offense simply annihilate bad pitching, then struggle against the good? Do they "run up the score" when Brian Matusz is on the mound, then can't get more than 4 or 5 runs against decent pitchers like Guthrie?

Perhaps the Game 1 loss yesterday was a wake-up call, and the team answered in Game 2. However, I think that the Sox simply pounded an atrocious pitcher. I'll definitely take the win, though.

Erik Bedard faces Rick VandenHurk (he's Dutch) tonight. VandenHurk has only made one start this year and he didn't get out of the 3rd, so the Sox should put up some runs.