This Isn't a No-Hitter Epidemic Why are there so many no-hitters these days? Lack of steroids? Talent dilution? Umpires with big strike zones? There are many theories to explain why there seems to be a no-hitter thrown every week, and why they're being pitched by people we've barely heard of.

Matt Cain's perfect game last night was the 5th no-hitter of the season. And we're not even at the All-Star break. Some are even saying that with so many of these accomplishments (14 in the last 3 years), no-hitters are becoming devalued. They're not as special anymore. Not as impressive.

No-hitters are statistical anomalies. They're freak occurrences. Only 277 of them have been thrown in MLB history. Even with the seeming abundance of them recently, 14 no-hitters in 2.4 seasons isn't as if they're happening every day. Those 14 no-hitters took about 5,800 games to happen. Or once every 414 games. That's 0.24% of games played. 99.76% of games since 2010 have not been no-hitters.

Think of how weird no-hitters are. There's always a great defensive play that defies belief. Sometimes there's a generous umpire. Johan Santana's, for instance, was a foul/fair call away from being just another game. So much has to happen. Every bounce has to go right.

They're so weird, and still so rare, that it's natural for their occurrences to be sporadic and irregular. Sometimes there will be long stretches between them. Between May of 2004 and September of 2006, 6,364 games were played between no-hitters.

Furthermore, the lack of PEDs probably isn't the reason behind the recent increase in no-hitters. There have been times when no-hitters came in bunches.

If you're going to do analysis on a trend, look at the entire history of the trend. The article I linked to pointed out that 5.7% of all no-hitters have occurred in the last 2.5% of seasons played. This analysis ignores the fact that until 1960, there were only 16 MLB teams (so far fewer games played in a season). And it also makes it seem like this is a huge rash of no-hitters. An epidemic. An unprecedented epidemic.

But as I pointed out, 5.1% of no-hitters were thrown in 1990 and 1991. The number of no-hitters can rise and fall with significant variance from year to year. There doesn't have to be a significant cause. It's just random.

Now, if there are 10 no-hitters this season, then 8 more next year, and 8 more the year after that, I'll agree that this is a trend. Until then, it's not. It's just statistical randomness of a random and weird event.

And I'm still impressed by them. 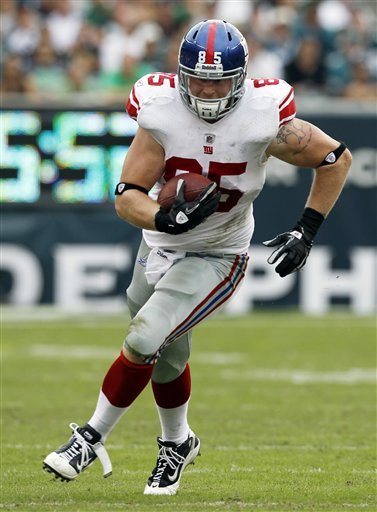 On Monday, the Giants put injured tight-end Jake Ballard on waivers after he failed a physical. On Tuesday, the Patriots picked him up. Ballard won't be able to play until 2013. He caught 38 passes for 604 yards and 4 TDs in 2011. And he cost the Patriots nothing.

Nothing but a few poor attempts by some in the Media to make mountains out of molehills.

Most of the national sports media didn't blink an eye at this story. Belichick was asked about potential "unwritten rules" he may have broken and said that there weren't any. Giants' coach Tom Coughlin was asked about the matter and seemed more angry at his own team for making the move, than at the Patriots for taking advantage of it.

But some members of the media didn't want to settle for the logic and common sense of all that. They wanted to generate a story.

An unnamed Associated Press writer wrote this piece on the transaction.

The piece carried the incendiary title: "Giants, Coughlin unhappy with Patriots grabbing TE." Had the AP writer spelled out TE, it would have been a marginally humorous headline.

Here are some of my favorite quotes from this piece:

"Tom Coughlin was in no mood to be noble toward the New England Patriots for plucking injured tight end Jake Ballard off the waiver wire."

"What was depicted as a 'calculated risk' by New England... was being viewed in some quarters as a vindictive move by Patriots coach Bill Belichick."

In other words, the writer of this story and his media buddies view it as vindictive. Nobody in the Giants has expressed such an opinion.

"Coughlin would not have had Ballard for 2012, but that didn't lessen his feelings on the situation. In the end, though, he had to admit that the Patriots did nothing outside the rules, except perhaps those of front-office etiquette."

I call what this writer is attempting to do a Smoke-Bomb Story. You know the expression "where there's smoke, there's fire." Well, this is an example of a media guy throwing a proverbial smoke-bomb, then claiming that because smoke exists, there must be a fire. But there is no fire.

It's a generated story. It's a sad attempt by a lame reporter to construct a narrative that isn't based on facts. Tom Coughlin is not upset with the Patriots, yet the headline implies that he is. The Patriots acquired a solid player, yet the story suggests they did so with an ulterior motive.

It's not an anti-Patriots thing, it's a desperate-for-a-story, starving, misguided reporter thing. There is no story here beyond the Giants making a miscalculation about interest in Ballard, and the Patriots acquiring a decent player for 2013.

Germany continues to roll, Portugal got a win, and Russia was fined $150k for the violence of their fans at the tournament.

Whether they advance or not, the Danes are putting on one hell of a show. They beat the Netherlands, and were tied 2-2 with Portugal until the 87th minute. The Danish play the Germans next, and they're probably going to be the toughest test for Germany so far. But give credit to Portugal for getting a big goal and a big win when they really needed one. 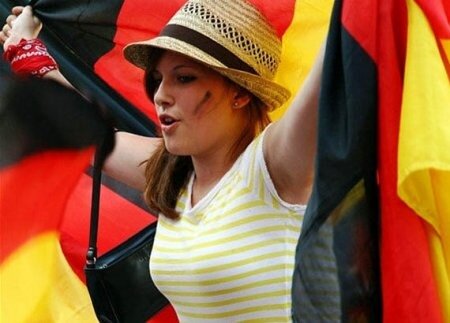 I picked the Dutch to win this tournament because of their talent up front. But their lack of talent and experience in the back is really showing. Mario Gomez took full advantage of the Netherlands' defensive weaknesses, scoring his 2nd and 3rd goals of the tournament. The Dutch left Bastian Schweinsteiger uncovered, and that's like allowing Rajon Rondo to pass to whoever he wants. Only Schweinsteiger's name is much more fun to say than Rondo's. The German defenders don't look very sharp, though, and that might be what prevents the team from winning the tournament.

UEFA fined the Russian soccer association $150,000 because Russian fans attacked stadium staff after Russia's win over the Czech Republic. Here's a clip of the incident in question:


In soccer, the team is punished for actions of the fans. Essentially, the actions of the fans involved in this incident have cost their soccer federation $150,000. UEFA also issued a suspended punishment for future violations. If Russian fans cause any more trouble in this tournament, the team will be deducted 6 points (they have 4 now), and will likely not advance to the next round.

Hopefully it will be an effective deterrent to prevent any further trouble.
Posted by rob at 11:00 AM No comments:

Doubront It? You Got It! 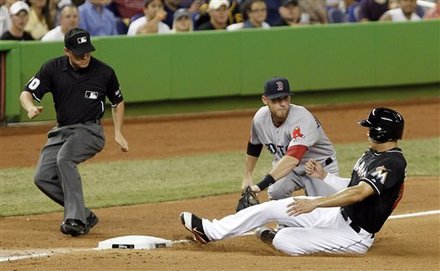 Prince Felix returned to form last night, rebounding from one of his first stumbles of the season. He went 7 innings, struck out 9, only allowing 2 runs off 3 hits and a walk. It was one of his best starts all year.

The Sox finally managed to score some runs. As usual, it came as a bunch. They scored 4 off Nolasco, then took advantage of Randy Choate and the Marlins' bullpen in the 8th. They scored 6 in that inning. Up until last night, they'd scored 6 runs in the previous 27 innings.

Good pitching creates the possibility of winning. It makes winning easy. All the hitters have to do is hit. There's 9 of them, and they get 27 outs to play with, so they should be able to hit and score runs. Quality pitching is the biggest cause of winning.

And that's what Felix Doubront has given the Red Sox this season. He deserves his 7-3 record. He's been a rock. He's been reliable. He's only failed to go 5 innings twice. And he's gone 6+ eight times. You really can't ask for more from him.

The Sox continue to play well on the road. They're 17-13 away from Fenway. Maybe it has something to do with the wind.

Speaking of wind, they'll be in Chicago to face the 6th place Cubs. They're 20 games below .500. The Sox must take advantage of this struggling opponent.

Matsuzaka makes his second start of the season. He faces Ryan Dempster, who is 2-3 but has a 2.31 ERA. He hasn't allowed a run since May. This doesn't bode well for the Sox offense.