Last Wednesday, Josh Beckett was scratched from his scheduled start on Saturday so he could rest a sore shoulder and lat muscle. According to 98.5, he was golfing with Clay Buchholz on Thursday. So why is the supposedly resting Beckett out swinging golf clubs with his teammate?

Because he's Josh Beckett. And these are the Red Sox. And no matter who the Manager is, this is Josh Beckett's clubhouse.

But what's Valentine thinking? He goes from throwing caution to the wind on Sunday and letting Beckett throw 126 pitches, to being extremely cautious and scratching him from a start.

And what about Beckett? He complains about soreness and stiffness, but still manages to golf on Thursday? Golf isn't an exhausting pursuit, but it does involve the back and shoulder, and does so in a very weird, start-and-stop kind of way.

If it were another pitcher, it wouldn't be a story. But Beckett has a reputation for soft injuries, and a reputation for having a careless attitude, doing what he wants, and not taking care of himself. Aaron Cook cares. Aaron Cook pitched with his legs half-amputated. Beckett cried about his shoulder, then still made his tee-time with Buchholz.

I'm tired of this type of crap. Maybe I'm overreacting because it's Beckett, but Beckett's track record merits a reaction. This is a guy who has been inconsistent on the mound, and has been a major headache off it. And he's not good enough on the mound to make these character flaws worth it. He's not reliable. He's won some big games in the past, and lost some big ones. He's only occasionally there when his team needs him.

If things for this team don't turn around, it might be time to consider trading Beckett. For anything. Like Nomar in 2004 only worse. I know he's a 10-5 guy and would have to agree to being traded, but just find a team that allows beer in the clubhouse and he might consent.

Another team eliminated last night. Right now only the Caps and Rangers haven't decided their series yet. 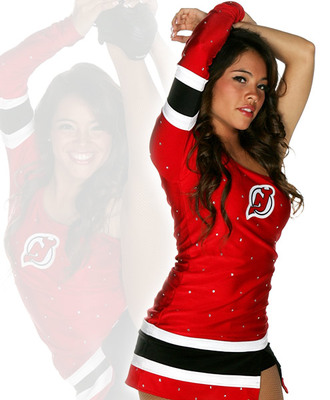 A puckhandling mistake by Bryzgalov allowed David Clarkson to score the goal that wound up being the game-winner for New Jersey. Last off-season, the Flyers decided to focus less on offense, more on goaltending, and this was what happened. They did have some injuries for the playoffs (Pronger, most notably), and maybe their series with Pittsburgh took a big toll on them. Giroux being suspended last night didn't help either.

Only eight more years on Bryzgalov's contract. Enjoy that, Philly.

Middlebrooks vs. Youkilis vs. Time

Who plays third base for the Sox? Middlebrooks or Youkilis? It's a question designed for sports radio. It's an old formula for a contentious debate. The new kid who's tearing it up versus the seasoned veteran who is torn up.

It's a stupid question to ask right now because Youkilis won't be coming back any time soon. His back problems seem to require extensive rest.

And also, as promising as Middlebrooks is, he's not going to hit like this forever. Sox fans are drooling over his .409 average, his 1.000 SLG, his 3 homers and 4 doubles in 5 games. But if you think he'll end the season with numbers anywhere close to these, you're insane. I'm surprised Sox fans aren't debating whether or not to retire #64 now, or wait for Middlebrooks to receive a real number and retire that one.

So Youkilis won't be back for some time, and Middlebrooks will come down to earth in some time. So it's a silly question to seriously think about right now. It's smarter to wait to see how Middlebrooks is performing when Youkilis is healthy. Then make the decision.

It's pointless to even think about, until GM Ben Cherington does something stupid and gives an answer to a question that doesn't need answering until Youkilis is healthy:

"If Youk returns in a week and is ready to go, he plays third base. He's been here. It's great that Will has come up and done a good job and we like him a lot and he's a big part of our future. But Youk's on the DL and he didn't lose his job because he got hurt."

Imagine if someone said the same thing about Wally Pipp.

How do you logically justify taking someone out of the lineup when they're hitting over .400?

Youkilis could still find his way into the lineup, giving Ortiz or Gonzalez a day off. Gonzalez could use a few days off, actually. And Middlebrooks has this nagging hamstring complaint that could give Youkilis a chance to play third.

And anyway, Cherington shouldn't be answering such questions now. There's no point. Youkilis isn't coming back today, or next week. Let sports radio and bloggers debate irrelevant questions like this one. Why stir the pot now. You can at least wait until Middlebrooks' slugging percentage has dipped below .800. Maybe wait for him to play a game without an extra-base hit. Why talk about sitting him when he's scorching hot? 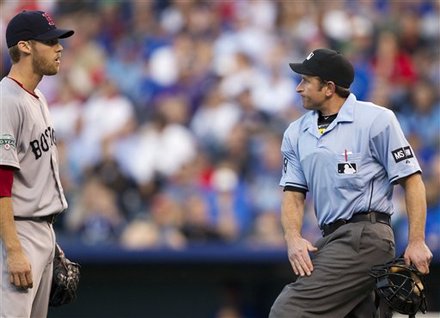 For the most part, Daniel Bard has adjusted well to his new role as a starting pitcher. One thing he seems to be struggling with is ignoring baserunners. As a reliever, he didn't worry about them. He'd just focus on the batter, get the 3 outs he needed to get, and essentially ignore any baserunners he inherited or allowed.

Last night he became preoccupied with baserunners in the 2nd inning. And in that one inning he threw a wild pitch, balked twice, and surrendered 3 runs. And it could have been much worse.

He was able to get over it and move on. Which is one very promising thing I've noticed in his starts.

He kept his pitch count low, but started to struggle in the 7th. He got out of a jam thanks to some bunts, but walked two to lead off the 8th. And with no Daniel Bard in the bullpen, Valentine was forced to bring in Albers. Who gave up a 3 run homer.

Right now, especially with Cook and Matsuzaka on the DL and Buchholz struggling, the Sox need Bard in the rotation. But if these guys get healthy, I think you have to consider moving Bard back to the pen. While you get more innings from him in the rotation, what's the point of getting 7 good innings from him or any starter if the bullpen can't consistently give you 2 good innings to close the game.

Anyway, Will Middlebrooks left the game with tightness in his hamstring. Hopefully that's just a precautionary thing. He was 1 for 1 with a double, and is the first player since Enos Slaughter to start off his career with extra-base hits in each of his first 5 games. 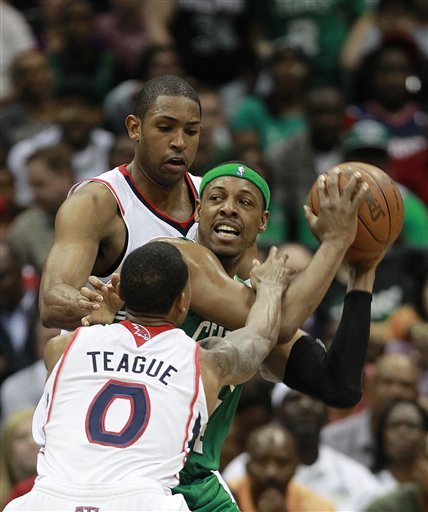 This was a game of runs. Until the last few minutes when it became a game of back-and-forth execution. The Hawks won that end game. They executed just a little bit more than the Celtics did.

The Celtics gave themselves chances to win. That's what winners do. They made some huge steals and had the ball when the clock expired. Even before that, Paul Pierce had a chance to give the C's an 88-87 lead, but didn't quite get high enough to land his jumper. Then Rondo stole an inbounds pass, but wasn't able to find an open teammate or get a shot off himself.

To me, the ultimate result of this series is not in doubt. The Hawks need to play at 100% of their capability just to barely beat the Celtics. When the Celtics are playing at 100%, they win with ease. Even last night, one more play made by a Celtic and the series is over.

That's how the Celtics won in 2008 and got to the Finals in 2010. They didn't dominate their opponents, they put themselves in close games and made the important plays. They lost 10 times in the '08 playoffs. It's okay for Championship caliber teams to lose. Because they're usually already ahead in the series and they'll usually win the next game.

That next game is Thursday in Boston.