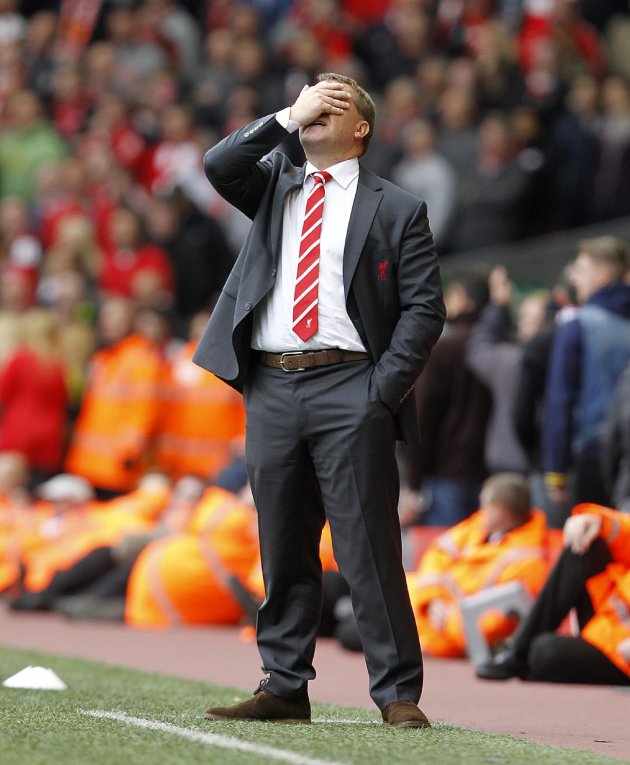 Liverpool lost 2-1 to Manchester United this weekend, in a game full of officiating controversy (sound familiar?). And after 5 English League games this season, Liverpool are winless. They have 3 losses, 2 draws, and are 18th in the 20 team League.

That place in the standings is significant because at the end of the year the 18th, 19th, and 20th place teams are demoted to a lower level. Three teams are promoted from a lower level to replace them.

For a team with the history of Liverpool, it would be a huge embarrassment. And a massive financial setback. And I would laugh my ass off. The Fenway Sports Group would own a team that competed with the likes of Huddersfield Town, Nottingham Forest (insert Robin Hood reference about stealing from rich clubs and giving to poor), and Sheffield Wednesday. That's hardly the same as competing with Manchester United, Chelsea, and Arsenal.

I doubt Liverpool will stay winless or in 18th place. They're only 2 points (a win is worth 3) away from being tied for 12th. But the key positions in the League are the Top 4. These are the teams that get invited to next season's Champions League. It's worth a heap of money, and elite players will only play for teams that compete in the Champions League.

The chances of Liverpool finishing in the Top 4 are slim. They've only scored 4 goals in 5 games. They have no scoring threat up front. The natives are getting restless in Liverpool, and the anti-FSG anger is rising.

What do most people do when they lose their job and their wife leaves them? Maybe drink. Maybe write a country song about it. Maybe buy a $376,000 supercar.

Chad Johnson has bought a Lamborghini Aventador, and then posted about it on Instagram. It has a 690 horsepower 6.5 liter V12 engine. It goes from 0 to 60 in less than 3 seconds, and has a top speed of 217 mph.

That being said, this is a stupid purchase by Chad Ochojohnson. This is how athletes that get paid millions of dollars wind up broke and the subject of ESPN 30 for 30 documentaries.

Cars are rarely good investments. They tend to depreciate in value, and they cost a lot to maintain. Johnson drove a Prius when he was a member of the Patriots. Now he drives a car that gets 13.7 miles per gallon.

He has no income. He seems like an impulsive and even violent kind of guy. I don't think he needs a 690 horsepower engine at his disposal. One of these days he's going to get pissed off, decide to thrash around in his $376k "toy" and wrap it around a tree.
Posted by rob at 11:00 AM No comments:

Just when you thought it couldn't get any worse, the NFL's replacement refs find a way to screw up a game even more.

The Packers should have won last night's game. There's no doubt about it. But a game-sealing interception by Green Bay was ruled a game-winning touchdown by Seattle.

These referees plainly suck. The argument has been that since they're not driving viewers away, there's no motivation for the NFL to give in to the unionized referees.

I'm not so sure that this premise is true. There may be an effect these refs are having on games that poses a financial threat to the NFL.

These games are taking longer, and they're progressing more slowly. These refs are taking extra long to confer and make decisions. They have to discuss with NFL officials what they can and can't review.

Long games aren't good for TV ratings. Especially the featured games on Sunday and Monday night. How many viewers do NBC and ESPN lose as these games crawl past midnight? How many fans fall asleep instead of watching the commercials which pay the NFL's bills?

Here's another argument. Even if the NFL isn't losing viewers due to the referees, are they gaining any?

What will we tell the British about our officials when the Patriots and Rams play in London in a few weeks? How do these debacles make the NFL more appealing to European fans? Roger Goodell and the NFL have been working hard to grow the game in international markets. But show the end of last night's game to some German guy watching football for the first time and try to explain to him why that was called a touchdown.

Why would any new fan want to watch a game being officiated by fourth-rate hacks who understand the rules less than the players and coaches they're officiating over? How can new fans truly get into a game if they don't understand what is and isn't a penalty?

It isn't just the game that's being ruined by this relatively insignificant labor dispute, it's the brand.
Posted by rob at 10:00 AM No comments: