In sports, quality equipment is vital. From a hockey goaltender's pads to a basketball player's sneakers to a golf player's clubs. It's the same in every other business. Like the hotel business.

PeachSuite Hotel Supply offers quality equipment for hotels. They have a complete range of Hotel Supplies Online. They are also a Hotel Amenities Supplier.

I've always wondered where hotels get all those things they have in the room and in the lobby. PeachSuite.com is evidently the place where you can get everything you need, from furniture in the lobby to bar supplies to tiny bottles of shampoo to those carts that carry luggage around.

Email ThisBlogThis!Share to TwitterShare to FacebookShare to Pinterest
Labels: Advertisement

Bruins Grab a Point in MSG 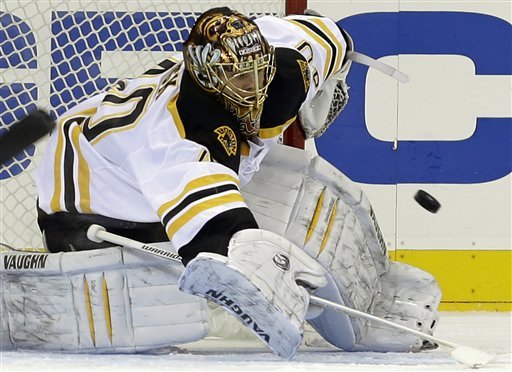 Five points in three games, I'll take that. Especially considering two of those games were against the ridiculously stacked New York Rangers. In this very young season, the B's with their five points are on top of the Eastern Conference.

I am concerned, however. Maybe that's too strong of a word. I'm bothered. That's better. The Bruins made a lot of mistakes last night. They turned pucks over, which resulted in Marian Gaborik's game-winner. They made sloppy clears. You simply cannot do that, especially against a team as opportunistic and talented as the Rangers.

On the bright side, the Power Play finally contributed. It wasn't due to tactics, formations, or strategies. It was pure talent. Dougie Hamilton moved without the puck, made a lane for himself, got the puck, fired a shot toward the net and Brad Marchand tipped it in. Simple talent prevailed.

Also on the bright side, Tuukka Rask played well. I didn't like him in the 2009-2010 season because he wasn't aggressive enough. He retreated into the net and got smaller instead of bigger. But now, he's apparently learned a bit from Tim Thomas, and he's challenging the play.

This team can't make the mistakes it made with the puck last night and expect to beat good teams. It's as simple as that.

The Bruins host the Islanders on Friday.

Photo Credit:
Associated Press
Posted by rob at 10:00 AM No comments: