How Do You Say "Tuukka" in French? 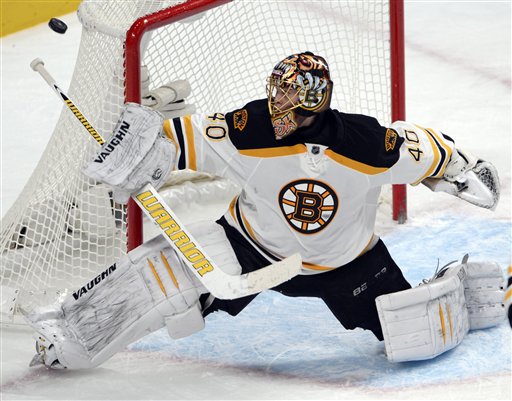 The Bruins continue to roll, improving to 7-1-1 on the season. This is a really strange feeling because of the Lockout. It's February 7th and we've only seen the Bruins lose 1 game in regulation. That's just weird.

Tuukka Rask has been the biggest reason. He only faced 21 shots last night, but some of them were very tough to stop. He's been outstanding this year. His style looks completely different from the 2009-10 season, when he'd collapse into the net. He's challenging shooters now, cutting down the angle, making himself as big as possible. And he can read the game very well, especially for a 25 year old.

The offense hasn't been overflowing. The power play is still painfully inept.

Tyler Seguin has a scorer's instincts, though. He improves any line he is on. I liked how Claude Julien shuffled up the lines, putting Seguin with Krejci and Lucic. Those line shuffles helped win the game.

It seems like we're much deeper into the season than we actually are. There are 39 games left to play. Under normal circumstances I might try to restrain myself from being too positive.

Fuck that, though. We waited months for hockey and now our team is on top of the Eastern Conference. This is fun and I'm going to enjoy it.