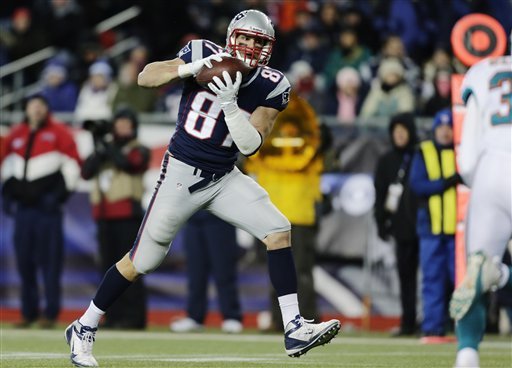 For the Miami Dolphins this was the last week of an already finished season. It was a cold Gillette Stadium evening, with an assaulting wind. The Dolphins didn't want to be there. Who would?

On the other side of the ball, the Patriots had a chance to advance a round in the playoffs before the playoffs even started. They did their job and earned a week off. They wanted a win and they took it.

It's good to see Rob Gronkowski back. The Patriots' Red Zone offense is simple and deadly when he's on the field. And between the 20s and he causes so many matchup problems, and helps guys like Wes Welker and Aaron Hernandez take advantage of the attention he draws. And he can block.