Joe Andruzzi: A Nice Guy Who Does the Little Things in a Nice Way 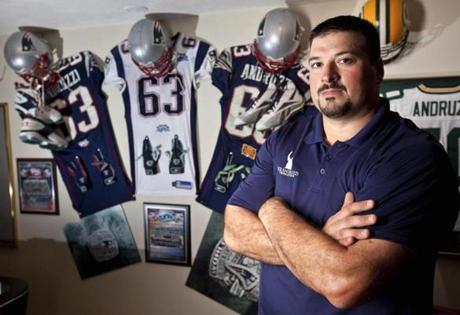 So I'm at a car dealership in Norwood, picking up my car after it needed its radiator repaired. There are two desks in the pick-up/drop-off/pay area, and the attendants at both desks are speaking with customers. One of the customers is a large man wearing Patriots gear, head-to-toe. I realize it's Joe Andruzzi.

I've seen Joe Andruzzi in person before. And I'm not one to get starstruck by athletes. And I think it's rude to interrupt a perfect stranger while they're busy with something and pester them to make marks on a slip of paper, or take a photo with you, or talk about what they're famous for.

One of the suits in the shop is trying really hard to please Mr. Andruzzi. I didn't pay much attention to the conversation, but the guy's body language was very deferential, very much trying to please. He's in uber-customer-service mode.

I stand a few feet back, waiting for one of the attendants to become free so I can drop $700 to fix my overworked car which deserves to be put out to pasture but I can't afford to replace. One of the attendants notices me, and it turns out he is free, it's just that Joe Andruzzi's stuff is on the desk. Some papers and a water bottle.

The attendant motions me toward the desk, and then Andruzzi, while still engaged in conversation with the guy in the suit, notices me in his peripheral vision, and moves his papers and water off the desk. This gives me and the attendant room to do our business. The attendant hands me a sheet of paper with mechanical terms I don't understand next to large numbers. I hand him a credit card.

It was such a small thing to do, noticing someone else needed the desk and moving your stuff. Basic politeness. And it came from a guy who is something of a folk celebrity in this town. A former NFL player, a 3-time Super Bowl winner, a 2-time All American in college, a guy who has used his post-playing days to do things for the community.

Maybe I'm making too much out of an everyday gesture. After all, this is a guy who did this at the Boston Marathon... 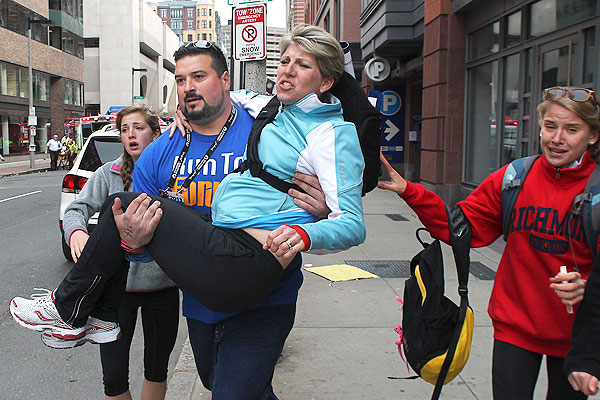 A guy who, with his family, co-founded this organization...

So maybe he's a nice guy because of stuff like that, not because he moved his stuff. Nevertheless, I think you learn a lot about a person from the little things. So this is further proof that Joe Andruzzi is a stand-up guy.

How Absurdly Ridiculous Boston Sports Have Been in the 21st Century

The Boston Red Sox have only been to the World Series 12 times in their 113 year history, and 3 of those appearances have come in the past 10 years. From 1919 to 2003 the Red Sox only made the World Series 4 times.

It's not just the Sox who have enjoyed recent success. Since 2001 Boston teams have played in the championship round of their sport 12 times. The Patriots have been to 5 Super Bowls, the Red Sox have played in 3 World Series, the Celtics in 2 NBA Finals, and the Bruins in 2 Stanley Cup Finals. And they've all won at least once. The Pats and Sox have won multiple times.

You have to take a step back to appreciate it. It's hard to remember what Boston sports were like in the year 2000. Let's look back.

The Curse of the Bambino had recently turned 80, and the Sox hadn't been to a World Series in 14 years. Meanwhile, the hated Yankees were winning championship after championship.

The Patriots had NEVER won a Super Bowl, and only been to two. Who remembers how that felt? So when you're whining about a 5-2 team with no receivers, think about what it was like when Pete Carroll was the coach and the team almost moved to Connecticut. And before that, St. Louis.

The Bruins were mired in their own 28-year championship drought. The closest thing to a Stanley Cup in Boston was when Ray Bourque won with the Colorado Avalanche in 2001. The B's failed to qualify for the 2001 playoffs, as well as the 2000 playoffs. All that has changed now. It started with new owners. Since Bob Kraft purchased the Patriots in 1994 and saved them from moving to St. Louis, the team has been to 6 Super Bowls and won 3. They've also built a new stadium, replacing the aluminium eyesore that once sat next to Route 1 in Foxborough.

The Red Sox were purchased by John Henry and partners in 2002. Since then they've revamped Fenway Park, and invested heavily in player development. Their aggressive pursuit of a World Series title was what brought the likes of Curt Schilling to Boston.

Wyc Grousbeck and partners bought the Celtics in 2002. And while Jeremy Jacobs has owned the Bruins since 1975, when the NHL instituted a salary cap he went from being considered a stingy owner to a smart one. His "carefulness" with money would become an asset to the Bruins, not a detriment.

There have also been a set of GMs, executives, and coaches that are responsible for the success of these teams. Danny Ainge assembled the Celtics team that won the 2008 NBA title with Doc Rivers at the helm. Cam Neely has been a force in the Bruins front office and Claude Julien has been a rock behind the bench. Theo Epstein brought new ideas to the Red Sox. Terry Francona and now John Farrell instilled confidence in the players they managed. And of course there's Bill Belichick, who will go down in history as one of the best coaches pro football has ever seen.

And then there's the fans. We demand success. Look at how unhappy Patriot fans are with a 5-2 record and no Super Bowls since 2004. Look at the Red Sox in 2011 and 2012, and how much venom we fans had for them, and how we forced ownership to rebuild. All the teams in Boston compete with each other for our attention, our TV ratings, and our money. So they all know they must put a competitive product on the field/ice/court, or we'll spend our time and money elsewhere.

It's been a fun century to be a Boston fan. We have owners that want to win. Executives and coaches that know how to put together teams to win. And players that have the ability AND the hunger to win.
Posted by rob at 11:00 AM No comments:

Bill Belichick Takes Responsibility for Pushing Penalty, and That's Why I Love Him When speaking to the media Monday morning, Bill Belichick took responsibility for the 15 yard penalty that might have cost the Patriots a win against the Jets on Sunday. This was in contrast to his post-game remarks about the call. On Sunday Belichick pointed out that Chris Jones, the player penalized, was not a "second level" player, and therefore the rule about pushing a teammate into the pile should not apply to him.

The confusion seems to have been caused by the NFL's explanation of the enforcement of the rule, which mentioned that players in the defense's second level would be penalized for pushing their line of scrimmage teammates. However, the rule itself does not make such a distinction. According to the official rule, in field-goal and PAT situations, no defensive player can push a teammate into the pile, regardless of where either player was when the play started.

Belichick could have continued to make a stink, but he didn't. He could have pointed out that the rule hadn't been enforced for 6 weeks. He could have asked why it was called in that particular situation and not before, such as in Week 6 against the Saints.

Or earlier in the game when a Jet pushed his teammate when the Patriots were kicking a field-goal (watch the interior of the Jets line, just to the right of the Pats long-snapper).

Or Belichick could have done what he might be expected to do and ignore it. And try to convince the media to ignore it. He could have given a standard Belichick line like "We're focusing on Miami this week."

What he did say was wiser. He took responsibility for coaching Chris Jones to do that: "What he did was basically what he was being told to do. We just have to coach it better. That’s not Chris Jones' fault."

And when asked about the confusion over the rule Belichick stated "...obviously we are wrong. What else is there to say? We're wrong."

What taking responsibility does is kill and bury the story for Belichick and his players. The media can ask questions and the answer can be repeated: "We were wrong." The team can move on. Belichick can move on. The media will try to linger, but the story has been dictated by Belichick that he was wrong, so what else can the media do?

And moving on is what teams need to do after any loss, especially a tough one. After wins too, for that matter. Teams need to look forward at the next opponent, the next obstacle, the next practice. If any part of their focus remains on that penalty, they'll be missing something when they play the Dolphins.

By taking responsibility for the penalty instead of pointing out all the oddities and inconsistencies around it or asking questions about it, Belichick has allowed himself and his players to move on. Which is what we as fans must also do. The play is over, it was weird, but it's in the past. 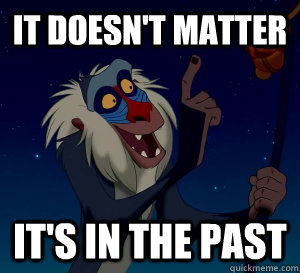