What Should the Red Sox Do at the Deadline?

Should the Red Sox be buyers or sellers? The correct answer is "no." The Sox should neither buy or sell, unless presented with extremely juicy deals.

If the Red Sox were a blackjack hand, they'd be a hard 16. The trickiest hand to play. Do you hit and likely bust? Do you stay and likely get beaten by the dealer? No matter what you do, it probably won't work out. Your best hope is the dealer busts.

The Sox are only 4 games out of a Wild Card spot, but they have 4 teams to leapfrog over. They're 10th out of 14 teams in the American League. They're not quite out of it, and not quite into it.

It's conceivable that if Beckett and Lester pitch up to their capabilities, the Red Sox could go on a serious run. They could claim a Wild Card spot, win the play-in, and even win a playoff series.

But there is no move (apart from acquiring Felix Hernandez), that could spark this run. Trade deadline moves typically add missing or complimentary parts to help an already well-run machine function at peak efficiency.

The Sox are more than just a tune-up or a spare part away from playing well. They already have an abundance of bit players. What's kept them from winning has been their best two pitchers playing like their two worst pitchers.

And if the Sox do go on a run, it will be because those pitchers perform at their top level. Not because they acquire some right-handed bat at the deadline, or a lefty set-up guy.

The Sox shouldn't sell because they're not out of it. They have a chance.

They shouldn't buy either. They theoretically possess the talent to. If they do win, it will be because of the players already on the roster. 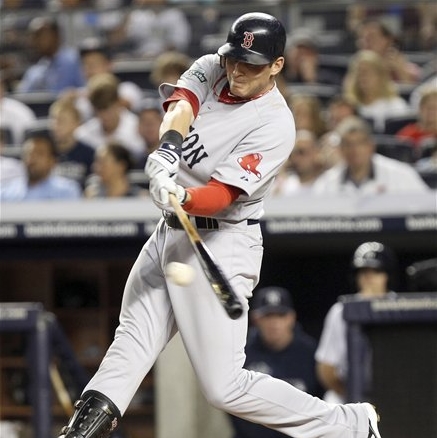 The Red Sox are 51-51, thanks to beating the Yankees 2 times out of 3 this weekend. But as much fun as it is to win a series in Yankee Stadium, we all need to take a step back and look at the larger picture.

The Sox have played 102 games and are a .500 team. Why should we expect them to be anything better in the 60 games they have yet to play?

In the first game of the series, Aaron Cook and Mark Melancon were battered around. Melancon has proven to be utterly useless.

In the second game, Jon Lester outpitched CC Sabathia. And typically that would be impressive. But Sabathia sucked, and Lester was mediocre. So while he was better than Sabathia, he was not great.

Last night Prince Felix Doubront did a very good job, and the Sox squeezed a win out. Alfredo Aceves blew a save but recovered nicely.

If you've allowed yourself to ride the Red Sox emotional roller coaster this season, then right now you might be feeling positive. However, as a whole, they're a strictly .500 team. We're still waiting to see Beckett pitch consistently, and we're waiting for Lester to return to the stable rock he once was.

The Tigers are in town starting tonight. Clay Buchholz faces Max Scherzer. Scherzer is 10-5. He started the season poorly but has pitched well the last two months.