Did the Cubs overpay to get Lester, or were the Red Sox too cheap to pay a premium for good pitching? 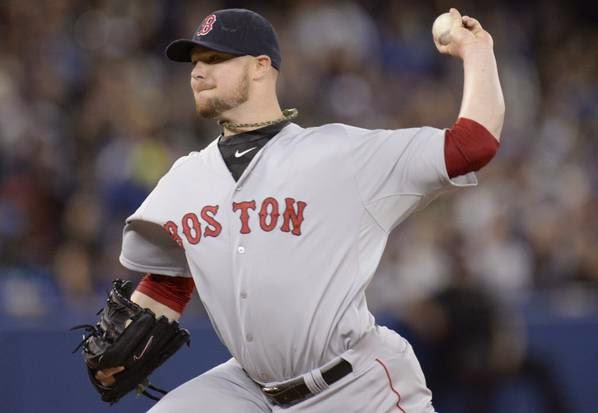 Jon Lester has reportedly signed with the Chicago Cubs for 6 years and $155 million. The deal includes a vesting option for a 7th year at $15 million. The Red Sox' final offer to reacquire their former #1 pitcher was worth $135 million, also over 6 years.

It's important to note that in March, the Sox offered a 4 year deal to Lester worth $70 million, essentially half of what they offered him in December. Even though they very vocally believe that 30+ year old pitchers aren't worth that kind of money. Except when they are.

Are Theo and the Cubs paying too much for Lester? Toward the end of the deal he'll be north of 35 years old. By then he might be a worn down #3 or #4 starter collecting $25.8 million to make 20 starts a season and to struggle to keep his ERA below 4.50. So it's stupid for the Cubs to pay so much money for that. It's also smart for the Red Sox not to. Or is it?

Top of the line, proven starting pitching is so difficult to find and so necessary to win, that you have to pay a premium to buy it. It's like paying for parking at a Sox game. There's so little of it available, that you shell out a wad of cash to rent a few square feet of asphalt for 5 hours.

Here's another comparison. The amount of money you spend for a beer inside Fenway. You drop $8, $9, even more because a baseball game without beer is a form of torture so cruel they didn't even use it to interrogate detainees at Guantanamo.

Just a few days ago, the Sox seemed to have a win right now approach to the off-season, spending $22M/year for Hanley Ramirez and $19M/year for Pablo Sandoval. To win right now, however, you need pitching. And the Sox have none of that. Clay Buchholz isn't just your "ace," he's the entire rotation.

Is it dumb to spend $155 million for Lester? Which is dumber, spending that much for an aging pitcher, or having Clay Buchholz be your #1 starter?

There's still pitching available out there. But at a cost of big money and/or top prospects. With Lester off the market, the supply of quality pitching has decreased, yet the demand/need remains the same. If the Sox don't want to pay the required premium for that pitching, then maybe Sox fans should learn a lesson from them and be prudent with their money, and maybe not pay the required premium for parking or beer at Fenway. Or for tickets.