Last year saw a BCS Bowl between two undefeated non-BCS teams. It was a convenient way for the good ole boys in the BCS to avoid embarrassment, while simultaneously pretending that the likes of Boise State and TCU don't scare them to death. Here's a preview of some non-BCS and independent teams that might make some noise this college football season. BSU will wisely transfer to the Mountain West in 2011, which will make the non-BCS MWC a top 5 conference in my books. The Broncos have won 14 straight, and 26 of 27. Junior QB Kellen Moore returns after a 39 TD, 3 INT season. They're loaded at every skill position, including TE, and return 9 offensive starters. They need to figure out the alignment of their O-line, but that's the only real issue on offense. Defensively, they return 9 as well. Remember, this team held Oregon and TCU to 18 total points. Imagine, a 14-0 team returns 18 starters in an unbelievably weak conference. What do you get?

Even though TCU lost to Boise State, they were also the last team to beat Boise State, in the 2008 Poinsettia Bowl. QB Andy Dalton already has 29 wins under his belt going into his senior campaign. They return 9 offensive starters, including 4/5 of their O-line. They have quality and abundance at WR and RB. Defensively, they were 6th in the country last year in scoring, and 1st in total defense. They return 7 starters, but their 4 losses were huge. Cornerback could be a very susceptible position. 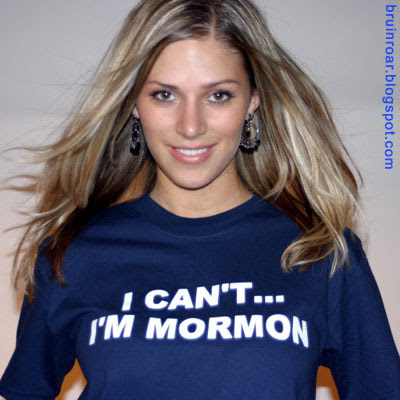 Even though TCU's lost some key defensive players, their rivals in the Mountain West have taken more significant hits. BYU welcomes a new QB, and RB Harvey Unga left the school for an "honor code violation." But they do bring back 4/5 offensive linemen, and some solid WRs. Unfortunately, only two of their defensive front 7 will be back. They also have to play TCU and Utah on the road. QB Jordan Wynn will start the season as a starter. He entered the fray midseason last year and struggled against TCU and BYU. But he excelled in the Poinsettia Bowl. 4/5 of the O-line returns, and they'll pave the way for a tandem of good backs. But the Utes have little experience at WR. The defense will need to rebuild quickly, as only 3 starters return. But they do have TCU and BYU at home this season. And TCU has never won in Salt Lake City in Mountain West play. UH will once again trot out QB Case Keenum, who threw for 5,671 yards and 44 TDs. However, he threw 15 TDs, 9 in the last two games. He'll have a trio of 1,000+ yard receivers to throw to. But the Cougars will need to improve their 83rd ranked rushing offense. More importantly, they'll need to bolster what was the 95th scoring defense, and 111th total defense in 2009. The Cougars only play 3 games outside Texas, and should roll through C-USA.

Navy were 10-4 in '09, earning their 8th straight winning season, and 8th straight Commander-in-Chief's Trophy. QB Ricky Dobbs rushed for 1,203 yards and threw for 1,031 more last year. His 27 rushing TDs set a new NCAA record for QBs. The Midshipmen averaged 280.5 rush yards a game and will look to do similarly in 2010. Their defense last year allowed the 10th fewest points in the country. But only 5 starters return, and none of the LBs have much experience. This could prove volatile in a 3-4 system. But a nice schedule, a tried and true gameplan, and some athletic players will propel Navy far in 2010. The Irish start the season ranked 34th in the preseason poll. That's still overrating them. They return 5 starters from their offense, and only 1 on the line. And their offense was their strength in '09. They were 63rd in scoring defense, 86th in total last year. They'll return 7 starters, including a strong D-line, some depth at OLB, and solid safeties. But they're still wholly overrated. The ND people gloss over some glaring flaws, and overly emphasize the Irish's few strengths.

Boise State will definitely crack into the BCS. TCU has an outside chance, and needs to really dominate the Mountain West. Houston has a shot too, but would need to run the table. I'll give credit to Virginia Tech, Florida State, Pittsburgh, Texas Tech, and UCLA for scheduling these teams. Extra credit to Oregon State who'll play BSU in Boise and TCU in Texas.