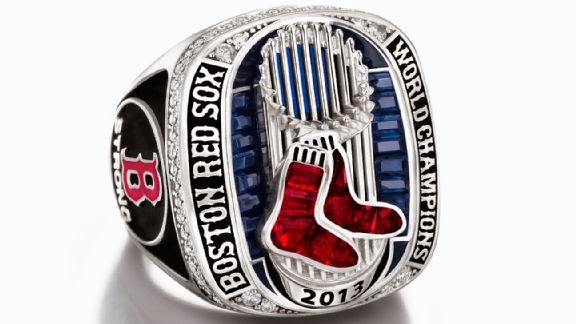 That headline is kind of a jerk move. My point is that the reality of this lost season is starting to sink in. This is no longer an abstract notion of a World Series winning team stuck in last place, failure is becoming concrete. Homefield advantage in the World Series was determined Tuesday night and nobody in Boston cared. The trade deadline approaches and Sox fans who last year wanted to get Jake Peavy now want to get something for Peavy. Fan favorites like Jonny Gomes and Koji Uehara could be shipped elsewhere, heroes of the past exchanged for future potential, a clear demonstration of present irrelevance.

How did we get here? How do we get out?

Everything that came together for the 2013 Sox came apart in 2014. Daniel Nava went back to being Daniel Nava. Shane Victorino went back to the DL. So did Clay Buchholz. The third most important offensive player in 2013, Jacoby Ellsbury, was lost and not replaced. Another key contributor, Jarrod Saltalamacchia, was lost and replaced by AJ Pierzynski, a man so detestable he would have rivaled Josh Beckett for most hated on the infamous 2012 Sox.

This team was built with more hope than players. Go back to the off-season. Hopefully Grady Sizemore works out. Hopefully Jackie Bradley Jr. and Xander Bogaerts become Rookie of the Year candidates. Hopefully Will Middlebrooks turns himself around. Hopefully young pitchers step up in the rotation and bullpen.

It's one thing to be optimistic about young players, it's another thing to let yourself become dependent on them. Hope is something you hold up and let inspire you, not something you lean on.

So how do we change things going forward?

Step #2: Send the kids back to Pawtucket
Will Middlebrooks, Xander Bogaerts, Jackie Bradley Jr., all of them earned their shot at the Majors, all of them have failed. JBJ can field but is an awful hitter. Bogaerts can't hit or field. The Sox had no contingency plans if these guys didn't succeed right away. Reliable players should fill these spots until the kids are ready to try again. The Sox don't need to overspend, as they did for Stephen Drew. They just need reliability. And they need infielders who can field their positions.

Step #3: Sign Lackey to a legit deal
Don't try to be cute and exercise Lackey's $500,000 option. You can sign him to a real contract on favorable terms. Unlike with Lester, the Sox actually have negotiating leverage with Lackey because of that cheap option. They can keep him at a rate less expensive than replacing him, but still giving him the dignity and respect he has earned the last year and a half.

Step #4: Get hitters
The Red Sox seem gun-shy to spend money to get a big hitter. Maybe the bad tastes of Adrian Gonzalez and Carl Crawford remain in their proverbial mouths. The Sox don't need to get All-Star sluggers. Just get guys who can add depth to the lineup after the 5th hitter.

Part of this step is to stop signing fill-in guys to 1 or 2 year deals because you have a minor leaguer earmarked for that position in 2016 or 2017. This goes back to depending too much on AAA players to help your Major League team. Sign legit Major Leaguers to normal Major League deals, and if in 2 years you have two guys who can play the same position, make a trade. I'd much rather have two short-stops and have options, than be forced to depend on a 21-year old kid to adjust to the Majors and have no options if he fails.

Kurt Suzuki will be a free agent catcher. He's hitting .309. Hanley Ramirez might cost too much, but he can play either position on the left side of the infield. Asdrubal Cabrera isn't a great hitter, but he's decent, and probably won't cost much at short. It would be nice to take Nelson Cruz away from the Orioles or Melky Cabrera from the Jays. There are bats available for hire. Hire some.

The Sox will need a catcher, a short-stop, a third baseman, and a new outfield. Brock Holt can fill only one of those holes each night. There's plenty of good and very good talent out there to compile a lineup that is strong at the top and deep throughout.

ESPN gives the Red Sox a 2.4% chance at making the playoffs in 2014. That's slightly less than your chance of hitting a number in roulette. Thankfully, the Sox are capable of making moves and giving themselves the house edge to make the 2015 playoffs.