Francona Will Be at Fenway's 100th Birthday Party

Terry Francona changed his mind and has decided to participate in Friday's 100th anniversary festivities. He told ESPN that he owed it to the fans to show up. Maybe, after seeing Bobby Valentine repeatedly booed, Francona wants to bask in the applause of the fans and stick it to the owners and executives who let him go.

I do think it's kind of weird for Francona to make it seem like going was such a painful idea, then to change his mind at the last minute. Perhaps he was talked to by some current players like Pedroia and encouraged to come. Maybe he saw the supportive and understanding reaction from Red Sox Nation when he declared he wouldn't return and decided to come.

I can't wait to see the ovation he receives. And maybe he can't wait either.

I'm not a gambling man, but if I were, I would bet on every team that's down 3-0 in the Stanley Cup playoffs to win Game 4. Sweeps are rare in the NHL. And that 4th win is truly the hardest to get.

That's the correct score. Jordan Staal had a hat-trick, Malkin had 2 goals and an assist, 13 Penguins registered a point. The 1st period of this game was a game on its own. It was 4-3 at the end of the 1st, and 8 penalties had been handed out. By the end of the 2nd, it was 9-3 Penguins, and 52 penalty minutes had been issued. 100 total minutes were given.

In related news, the Commonwealth of Pennsylvania has decided to split itself into two states, named Sylvania and the Penn Republic (I stole those names from Futurama).

With Daniel Alfredsson still out, the Senators needed offensive contributions from guys like Milan Michalek. And some production from their defensemen wouldn't hurt either. Michalek scored his first goal of the series. And Sergei Gonchar scored about 10 minutes later. Kyle Turris scored the game-winner. So this 1 vs. 8 series is now a best of three.

Cory Schneider is the best goalie on the Vancouver Canucks. End of story. He stopped 43 shots last night. He's only allowed 2 goals in his 2 starts this series. Luongo's career has been marked by results that never matched reputation. Schneider has no reputation, but he's producing results. Both Sedins are back in the lineup (Henrik scored last night) and this series is far from over. 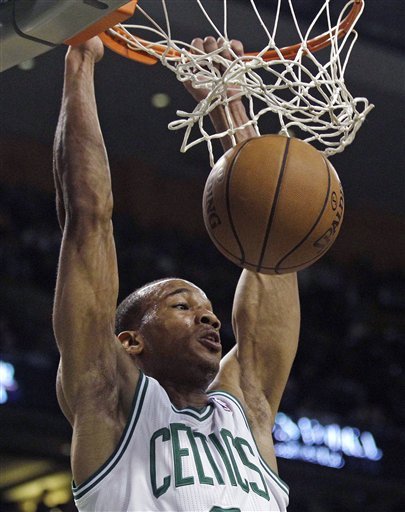 For the 5th straight year, and the 6th time in 8 years, the Celtics won the Atlantic Division. It's hard to believe that the Big Three have been in Boston for 5 seasons now.

They won their latest divisional title by beating the Orlando Magic 102-98 last night. Unlike the Knicks, the Magic did not hit many threes. They were 6 of 24 with their three point attempts.

Rondo didn't play, resting a sore back. Allen didn't play because of his ankle.

For the next few games, the Celtics can continue to rest key players one at a time. Only three games left and there really isn't anything to play for. The Celtics can't drop below the 4 seed because they've clinched the Division, and they can't catch the Pacers for the 3 seed.

The C's are in Atlanta Friday night, and I doubt they'll go all out to win. The Hawks are very likely going to be the Celtics' playoff opponent. No sense in showing them your cards at this point. 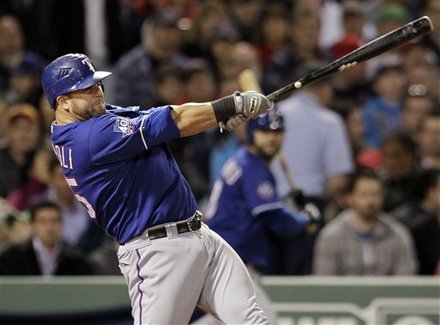 One day it's a lousy starting pitching performance. The next it's an impotent offense. Then the next, the bullpen blows a save. The Sox have lost games in just about every possible way this season.

It really feels like September. Not just because of the brisk weather last night, but because the Sox are losing in new and interesting ways each night.You never know who you'll see fail when you come to the ballpark.

Beckett did well last night. Good. Maybe very good. Not great, but good enough. The offense was quiet, apart from a Youkilis homerun. But Franklin Morales sabotaged the Sox' chances of winning the game with his 3 run outing.

There's a new villain every night. A new player to display a shamed look on his face. But the image of Sox players limply hanging on the dugout rails is the same sorry sight from last September.

Fenway Park turns 100 on Friday, and the Sox welcome the Yankees. New York is 6-6, so these are two struggling teams trying to remember how to win. Buchholz faces 2-0 Ivan Nova.