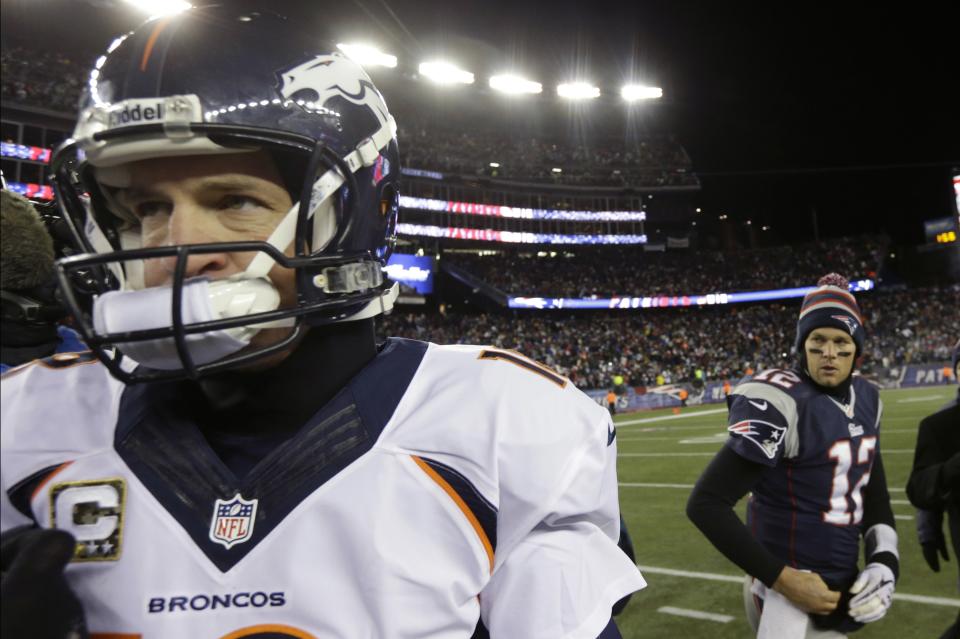 I can just imagine how pissed off at themselves fans who left last night’s game early were. They were probably on the highway, cruising along with minimal traffic, heat blasting waves of warm air, physically comfortable and emotionally pained. Miserable because they missed one of the best games of the year.

And that misery is deserved. Those people should be pissed at themselves. I’m pissed at them too. You drop a couple hundred bucks on tickets/parking/food/beer, you wear 20 layers of clothes, you still freeze your nads and/or tits off, and you leave at halftime?

Stay for a few plays in the 3rd quarter. Give it a half hour. See if the Pats can score or maybe stop a few Denver drives and make the game entertaining. It was only one play away from 24-7, two plays away from 24-14.

The game was entertaining. One thing the Patriots haven’t been this year is dull.

It started horribly. The Stadium had the same ugly vibe it had in the 2009 playoff game against Baltimore. Shock. A stunned irritation. So much anticipation for such a big game and then a massive let down in the first two quarters.

Give credit to this team for not packing it in and for coming out hard in the 3rd quarter. This offense is definitely back running on all cylinders, with Rob Gronkowski as the turbo charger.

Tom Brady’s throws are more decisive. He threw into the wind so much better than Manning. Brady was 17 of 23 for over 200 yards into the wind.

He has a full complement to throw to. The captain has a full crew. Rob Gronkowski changes the shape of the offense and forces defenses to change everything they do. Julian Edelman had a monster game with 110 yards and 2 TDs. Shane Vereen’s return the past few games has been a big boost. Kenbrell Thompkins can now be more comfortable as a supporting actor and not feel pressure to produce like a star.

Tom Brady is now 10-4 lifetime against Peyton Manning. You can’t fault Manning for the punt return fumble at the end of overtime. You can blame Wes Welker for being indecisive and not helping his blocker out. That’s his job, he didn’t do it. And you can also blame Manning for throwing poorly in poor conditions. That’s always been an issue with him.

Within one game the Patriots turned themselves from a 7-4 team tied with the Bengals and Colts (and disadvantaged tie-breaker wise), and only 2 games up in the division, to an 8-3 team, the #2 seed in the AFC (with a potential tie-breaker over Denver if the Broncos lose again), with a 3 game divisional lead.

In other words, this was a huge win.

The schedule gets easier and warmer with a trip to Houston.