The Online Etymology Dictionary gives a history of the word "mess:"

And that's what the Patriots' secondary looks like, a total mess. Shawn Springs, Leigh Bodden, Terrence Wheatley, Jonathan Wilhite, and Darius Butler. There are no #1 CBs in this mix. No #2 either. Gone are the days of Ty Law and Tyrone Poole shutting down the Colts receivers in one-on-one coverage. Even Asante Samuel and Ellis Hobbs look like Hall of Famers compared to this bunch. 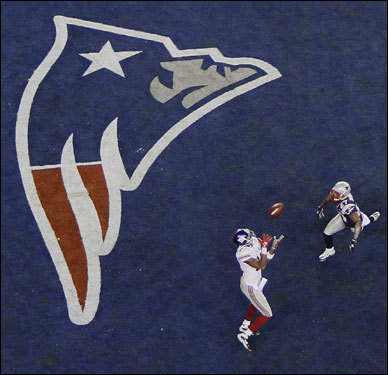 Wheatley showed some promise in '08 before getting hurt. But all of these guys have "shown some promise" at one time or another. That's not the problem. CONSISTENCY is the problem. A defensive back that only covers well 2/3 of the time is utterly useless.

Without a steady pass rush, and a well-performing offense that tallies points and hangs onto the ball, these CBs are fucked, plain and simple.

But the safeties aren't bad. That's the one bright spot. Brandon Meriweather is pretty solid as a tackler, even though he struggles a bit in coverage. He's like Rodney Harrison in that respect. He made 83 tackles, forced 2 fumbles, and led the team with 4 interceptions. 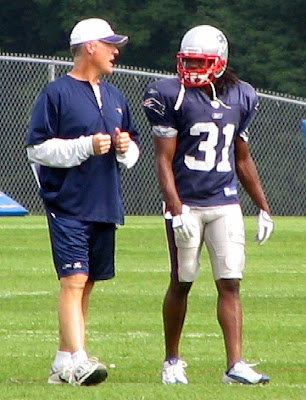 James Sanders is slightly better at coverage than Meriweather. He's not a Pro Bowler, but he's a solid safety to have. Sometimes both he and Meriweather look bad because the CBs in front of them screw up coverages. But the safeties are fine, and always improving. Look for Meriweather to be a dark horse to make the Pro Bowl.

A BIT OF DRAMA, BUT A HAPPY ENDING

Remember when the bullpen was dependable? At least it's still deep. Delcarmen blows the lead, but he's picked up by Ramirez, Wagner, Bard, and Papelbon.

And thank Theo for Victor Martinez. Although Varitek had a rare night of good production. I think Martinez is going to be more than fine in clutch situations this October.

Paul Byrd was as good as Paul Byrd's going to be. He's Brad Penny in May, give him 6 runs, and 4 innings of relief, and you'll probably be fine.

The Sox take tonight off before hosting Tampa Bay. The Rays are 9.5 games behind the Sox, but the Sox are like the only team they can beat. The Rays have winning records against three AL teams: the Blue Jays, the Royals, and the Red Sox.