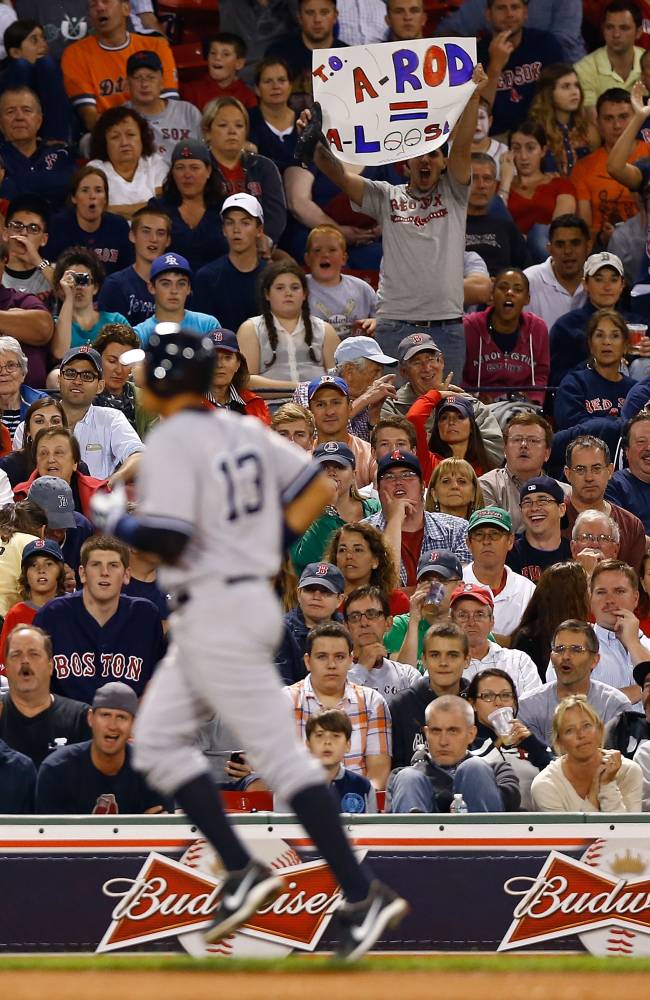 Alex Rodriguez is a massive turd. Booing and jeering him for that is fine. However, Red Sox fans who booed and jeered him this weekend for using PEDs are utter hypocrites.

The same people who cheered Manny Ramirez for years, and watched him win the 2004 World Series MVP, booed Alex Rodriguez because he took PEDs. The same people who now cheer for David Ortiz, cheer for a player who tested positive for something. Ortiz waited until he knew that it would never be released what he tested positive for, then claimed he didn't know what exactly he had taken to result in a positive test. These people booed A-Rod for PEDs. And chanted about him cheating.

Red Sox fans don't have any moral high ground in baseball's steroid era. From Manny Alexander to Jeremy Giambi to the Ortiz/Ramirez combo that had people making comparisons to Ruth/Gehrig, PEDs have been as much a part of Boston baseball as anywhere else in the Majors.

So the ALCS MVP in 2004, along with the World Series MVP that year have both been caught taking PEDs. The Sox won the World Series, thanks in large part to two players who took PEDs. Yet Red Sox fans feel emboldened enough to boo Alex Rodriguez for PED use? Sorry, but that's like a Patriots fan booing an opposing coach for filming hand signals on the sideline.

You can't single out players and teams you don't like and hate them for PED use in the PED Era. Just about everyone was taking something. It was fun when only Yankees were getting listed on reports, and the Red Sox seemed like a relatively clean organization. Now we know that PEDs were a part of Boston Baseball.

There are plenty of reasons to hate Alex Rodriguez. Boston fans don't need to turn themselves into hypocrites in the process of hating him.