Why the Celtics Lost 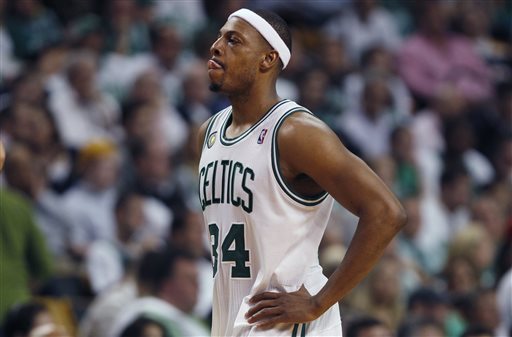 I'm not the most astute observer of basketball, but I do think I know why the Celtics were eliminated by the Knicks.

#1: No Rondo
Everyone who once suggested that the Celtics were better without Rondo should be forced, for one year, to wear hats and shirts that quote that absurd theory. Rondo has been especially good in the playoffs, and his ability to run the offense was a stabilizing factor that would have prevented some of the runs that the Knicks went on in this series. Losing Rondo lost this series.

#2: Age
This is an old team. Small bumps and bruises become nagging injuries. Pierce and Garnett didn't have enough gas in their tanks to play 40 minutes of great basketball every night. And it won't be any better next season. If they come back next season.

#3: No Depth
When the Celtics won in 2008 they had a good supporting cast for The Big Three. When they made other deep playoff runs, they had guys who could score, guys who could play defense. This year they had no random 25+ point nights from Ray Allen. They had Avery Bradley in a role he's not suited for (again, the Rondo injury). In Game 6, only Jason Terry scored points off the bench. When Pierce and KG needed the most support, they received the least.

And now we enter a period of uncertainty for the C's. Rondo will be back. But what kind of team will be back with him? Pierce and Garnett can still play, however they can't be the centerpieces of this team anymore. And in the NBA, unless Rondo can become pals with other great players who decide to come here, or the Celtics get a #1 overall pick, it is very difficult to rebuild.

This might be the end of a mini-era for the Celtics. 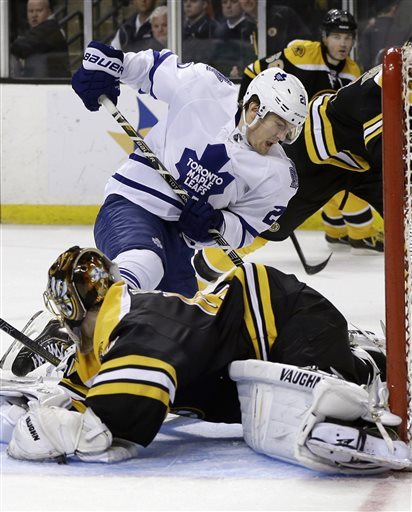 The Bruins dominated Toronto in Game 1. And that doesn't mean a thing. Whether you win 8-0 or 4-1 or 1-0 in quintuple OT, it only counts as 1 playoff win. In Game 2 the Bruins eased up their intensity, while the Maple Leafs not only brought their own intensity, they were poised as well. The Leafs made fewer mistakes, and they won. It's not a complex formula.

James Reimer was a rusty colander in Game 1. In Game 2 he tightened up. Meanwhile Tuukka Rask had some rebound issues and allowed at least one goal that he should not have. Give the goaltending edge to Toronto there.

The Bruins, who had one of the best Penalty Kill units in the NHL during the regular season, allowed a power play goal. And the B's also managed to commit a few silly penalties such as Rich Peverley's delay of game. The Bruins only had 9 seconds of Power Play time. Power plays are typically the product of strong play in the offensive zone (desperate defending teams are more likely to commit hooking and slashing penalties). I think the refs called a good game, and the lack of Bruins PP time was because the Bruins didn't play a good game.

They had spurts. They had moments. They had sporadic instances of good play. But it's a 60 minute game. And once again this team's inconsistencies cost them.

Now they've given a young goalie confidence, instead of adding to his doubts. They've also now given a streaky scorer like Phil Kessel confidence. If he gets on a hot streak, that could decide the series. And now the Bruins have given a rabid and starving fanbase in Toronto a 1-1 series, and the Leafs now have home ice advantage.

This is the First Round, they're playing the 5th seed, it's time to step up and play 60 full minutes. Or more. It's the friggin' Playoffs.

Photo Credit:
AP Photo/Elise Amendola
Posted by rob at 9:30 AM No comments: