Bruins Rake Leafs Out of the Garden 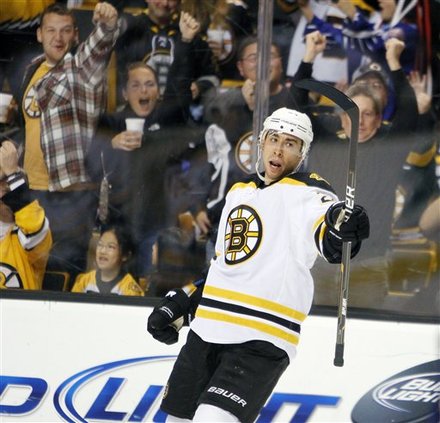 The Bruins beat the Maple Leafs for the fourth time Saturday night, clinching the season series. This is a matchup that favors the Bruins in so many ways. Toronto's offense is based primarily on their Power Play. The Bruins have one of the best PK units in the League. Toronto's forwards don't get involved in defense (See: Kessel), while the Bruins' defensemen get very active in the offense. The Bruins score when they win battles on the boards and control the crease in front of the opposing goalie. The Maple Leafs don't win battles against physical forwards, and they don't have many guys who can clear out the crease.

The Bruins' specialize in eliminating Toronto's strengths, and have the exact kind of players to take advantage of Toronto's weaknesses.

Chris Kelly's goal was the type of thing that Toronto struggles to prevent. Ference pinched, so Kelly covered the point. He was being covered by Phillipe Dupuis, a center. But Kelly went from acting like a defenseman, to acting like a forward, breaking toward the net. And Dupuis was simply mismatched to cover another forward. Kelly drove to the net, Peverley sent him a brilliant pass, and a goal resulted.

The Krejci line, especially Krejci himself, has been reborn. That lines plays the best when all three forwards share the load. Krejci doesn't need to be too clever, he just needs to be smart. Lucic doesn't need to throw everyone around, he just needs to be physical. And Horton is a little of both. Krejci has 2 goals and 5 assists in the last 5 games. When this line gets hot, the Bruins have one of the deepest offenses in hockey.

Joe Corvo's fight was a great example of how everyone on this team contributes. It was Corvo's first fight in the NHL, and he's the 8th Bruin that has dropped the gloves this season. It's not that this is a team of brawlers, but it is a team of guys who stand up for their teammates and stand up for themselves. Every minute of every game, there is a Bruin on the ice that's willing to fight if necessary.

During this stretch, everyone has contributed. And each individual contribution by one player has helped others to contribute. Rask has gone 4-0-1 since the start of November, which has also allowed Thomas to take 5 games off. Chris Kelly has 8 goals in 14 games, but he's been set up beautifully by Rich Peverley, who has 11 assists in this span.

When one Bruin excels, he helps another excel, and so on.

The schedule gets interesting as the Bruins are in Pittsburgh tonight, facing the top team in the East. Then they're in Winnipeg Tuesday night. Then they host the Southeast leading Panthers on Thursday. Fun week.

Not the Same Colts 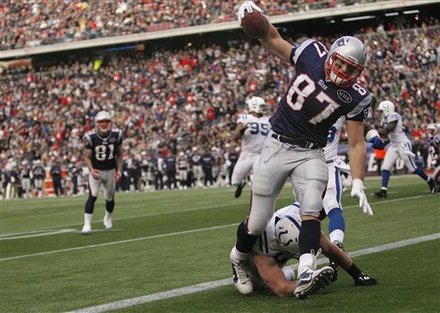 Remember in Gladiator when Russel Crowe is still fighting in Africa and he's simply dominating his competition. That's kind of what happened in Foxborough yesterday. There was no way that the Patriots would lose. The Colts were built around Peyton Manning. Even their defense was geared toward playing in shootouts with lots of passing and little running.

It's hard to praise the Patriots after beating a winless team. I guess I can say that Rob Gronkowski is probably not human. He's a monstrosity.

Belichick and his assistants have plenty of mistakes to show their players this week. It's a testament to how bad the Colts are that just two good quarters from the Patriots was enough to beat them. Even so, the Pats' defense allowed Dan Orlovsky to have the game of his life. 30 for 37, 353 yards, 2 scores, 1 pick, a 113.2 rating. It's kind of scary to allow a guy like Orlovsky to put up Peyton Manning numbers, even if some of that was in garbage time.

Everyone keeps trying to figure out how good the Patriots really are. Are they good enough to win a playoff game? Are they good enough to get to Indy? Can they beat the likes of Green Bay or Baltimore? There's no way that a Week 13 game against the Manning-less Colts will tell you if they can or cannot go deep into the playoffs.

To be honest, it will come down to how well they play on gameday. If Brady is at his best, the Patriots are almost unbeatable. If he's just good, it gets interesting. If he has a bad or even below average game, the Patriots have no chance.

Patriots travel to the 4-8 Redskins next week.