THE YANKEES ARE STILL BETTER THAN US 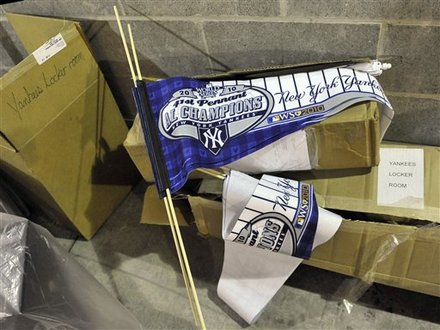 I was glad when the Rangers eliminated the Yankees this weekend. I was relieved that we wouldn't have to endure another off-season of Yankee fans talking about how they were approaching the "Big 3-0." But my celebration was tempered by the unavoidable fact that the Yankees still field a better team than the Red Sox.

The last two years, the Yankees have won 14 more regular season games. This year, the Blue Jays were closer behind the Sox than the Sox were behind the Yankees.

More importantly, the Yankees have gone 16-8 in the playoffs the last two years, winning 4 of 5 series. The Red Sox are 0-3. The Sox haven't won a playoff game since October 18, 2008. So while the Yankees won't be parading down Manhattan's Canyon of Heroes, it's not as if the Sox are on the verge of taking another Duckboat tour.

You can attribute the Yankees' 2010 superiority to the Sox' injuries. If you do, stop reading right now because you're a fool. Here's a ball. Perhaps you'd like to bounce it. The Sox used 6 starters, and 4 of them had ERAs over 4.40. The AL's League ERA was 4.14. Not to mention a bullpen that blew the 4th most Saves and had the 7th worst Save % in all of baseball.

The Sox were 9th in the AL with a 4.20 team ERA. The team built for Run Prevention allowed the 4th most runs. Injuries weren't the problem. Pitching was.

The Yankees were better than the Sox in 2010. And what's worse, the Yankees will GET better in 2011. Will the Red Sox? They're committed to a rotation loaded with #4 starters. Cliff Lee is a free agent. He might stay in Texas. He might take the big money to go to New York. What are the odds he'll wind up in Boston? He's more likely to play midfield for Liverpool. 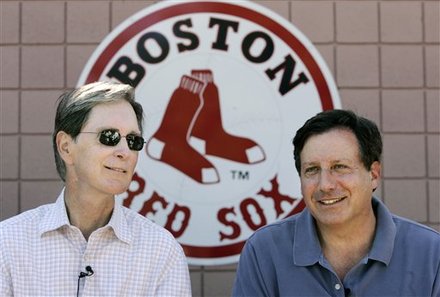 If the Sox lose a bidding war to the Yankees, that's fine. But it better be one hell of a war. They'd better offer more than he's worth, because the Sox currently pay JD Drew, John Lackey, Mike Lowell, Daisuke Matsuzaka, David Ortiz, and Jason Varitek more than their worth. They'd better force the Yankees to sign Lee to a 10 year, $330 million deal, or something ludicrous.

How can you "overpay" for someone when the value of signing him is that you catapult from a 3rd place team to a World Series favorite?

We make fun of the Yankees for trying to buy the World Series. But the Red Sox spent $162.7 million to buy a 3rd place team. The Phillies spent over $20M less and made it to their LCS. The Giants spent $65M less. The Rangers spent over $100 million less. 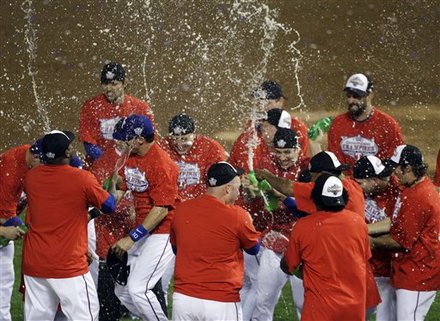 But let's get past Cliff Lee. What about Adrian Beltre? Or Victor Martinez? They'll likely get signed by some other team for "more than their worth." Again, when did the Sox get so worried about overpaying guys? It must have been after the JD Drew signing, the Mike Lowell extension, the Daisuke Matsuzaka posting fee. And didn't they recently lock down a pitcher who went 6-6 this year, with a 5.78 ERA? So this fear of overpaying is relatively new.

Which productive hitters are the Yankees worried about losing?