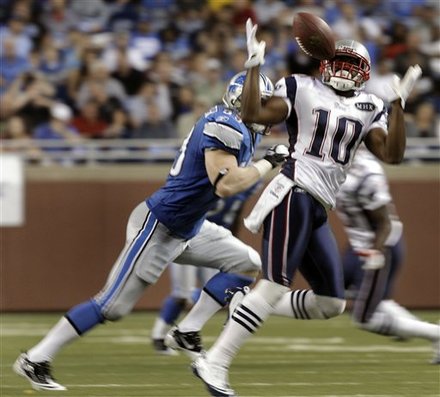 Pats fans have been putting a lot of stock in the first two pre-season games. Too much stock. So maybe we shouldn't overreact to this Detroit drubbing. However, there were some things I saw in this game that have me concerned:

-Protecting Brady: The offensive line didn't give Brady the time to make reads and find the open receiver. They didn't give him the space to step into his throws. He consistently underthrew the ball, even when pressure wasn't directly in front of him, perhaps as a result of the early pressure that was there. The Jets beat the Pats thanks in part to their pass rush. If Brady doesn't have the time and space to be Tom Brady, then the Patriots don't have the capability to go deep into the playoffs.

-Brady Himself: He didn't look sharp. Some of his incompletions were simply bad passes. He didn't even see the safety on his interception, which is uncharacteristic for him. As well as Detroit's pass-rushers played, Brady didn't take his trademark step in the right direction to avoid the pressure. He didn't seem to have the same pocket instincts we're accustomed to seeing him demonstrate.

-Playing Smart on Defense: How many times was the defense fooled Saturday night? It takes only one guy not doing their job, just one guy out of position in order for an entire defensive scheme to collapse. That happened several times, and the result was disastrous big plays.

-The Quality of the WRs: Wes Welker had a great game, catching 3 passes for 71 yards, and making a nice open-field tackle after an interception. And the Pats do have plenty of pass-catching options at WR, TE, and RB. But none of these guys are a deep threat, so the safeties can pretty much do what they want. And none of these guys require extra attention or double-coverage, so opposing defenses can feel free to send extra bodies to attack the QB.

I'm not in panic mode about this team, but they do have question marks, and they do need to improve in certain key areas. While it's true that some defensive players stayed home in Foxborough, if this team's success is reliant on old men like Haynesworth and Ellis, then it's going to be a very long season.

Pats host the Giants in their final pre-season game this Thursday.

Non-BCS teams have done really well lately, and the BCS countered that threat by absorbing them. Boise State tried to form a 7th power conference by moving to the Mountain West. Then TCU was added to the Big East (starting in 2012), the Pac-10 grabbed Utah, and BYU decided to go off on its own. Boise State is still the King of the BCS Busters, but that kingdom is shrinking. 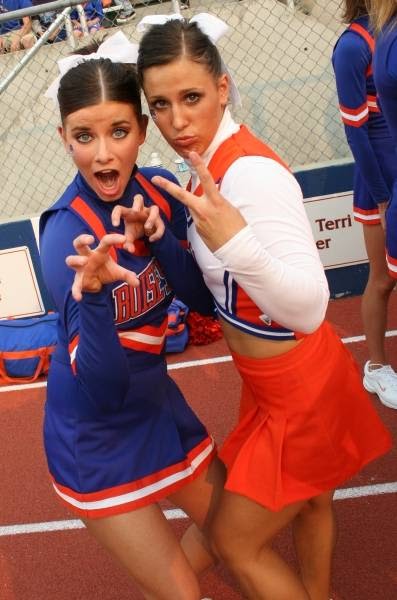 BSU returns 7 starters to a unit that was #2 in scoring offense last year. QB and Heisman contender Kellen Moore leads them. Moore threw 35 TDs last year and has RB Doug Martin supporting him. Martin ran for 1,260 yards, averaging 6.0 per carry. The line returns 3 starters, but WR depth could be problematic.

The Broncos were also #2 in scoring defense and also return 7 starters on that side of the ball, 3 of which are on the D-line. They were 1st in the nation in sacks last year, and 2nd in tackles for a loss. They'll have to be strong up front because their secondary is a bit shaky.

They're overrated, frankly. The receivers and the secondary are weaknesses. Their special teams will be a liability with punting, kicking, and coverage problems. But their schedule is weak enough to win lots of games, and win some by large margins.

TCU are 27-1 in their last 28 games, and although they bid farewell to lots of talent, they'll still be a legitimate team in 2011. The defense won't be as dominant as it was last year, but both LBs return (they use a 4-2-5 scheme), the line should be okay, but the secondary is untested.

They'll be vulnerable on offense. RB Ed Westley rushed for over 1,000 yards and 11 TDs as a sophomore. But the QB position will be a battle between sophomore Casey Pachal and freshman Matt Brown. The offensive line was a tremendous strength last year (only allowing 9 sacks), but only returns 1 starter.

The Frogs won't contend for a BCS berth, but they also won't lose many games. Their schedule isn't too imposing, and they only play 4 games outside of Texas.

When a team goes 8-5, then returns 8 starters on each side of the ball, it normally generates some optimism. Add the name "Notre Dame" to the mix and it generates BCS buzz. But I've never been one to look at Notre Dame through green glasses.

There'll be a QB battle between Dayne Crist and Tommy Reese. There are question marks at RB and WR. On the plus side, the O-line returns almost completely intact.

The defense improves throughout 2010, which isn't saying much because they started the year allowing nearly 400 yards per game. There are two standouts in safety Harrison Smith, who picked off 7 passes last year, and linebacker Manti Te'o, who was part of 133 tackles.

The Irish are overrated by some. They're a Top 25 team, certainly, but aren't in the same league as most of the teams ahead of them. Thanks to a relatively easy schedule, though, they'll likely rise in the rankings.