A Tyler Seguin free explanation of why the Bruins suck 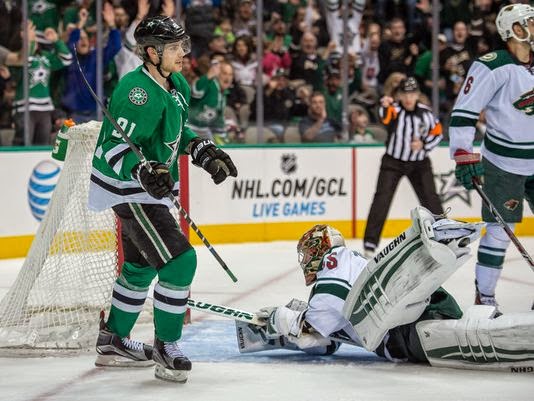 I'll agree that the Bruins should have gotten more in return for him, and that the lack of return for him is contributing to their current struggles, but his presence on this team would do little to improve some very serious issues. Such as...

If Rask were caught wearing a Jeb Bush 2016 campaign button, I think fans and media would turn on him just like they turned on Tim Thomas. Rask's play isn't much better than Thomas' back in the 2011-12 season, when Thomas and his politics were blamed for the team's post-Cup struggles.

Rask hasn't been awful. But his job requires more than "not awful." His job is to help the team win. And he's not doing that.

He stopped 35 shots against Carolina Sunday, but the goal he allowed in regulation was a little soft. He's capable of doing better. He's capable of stopping that shot, and pitching a shutout to give his team 2 much needed points. And against Ottawa on Saturday the Senators' first goal over his shoulder was very stoppable. The B's probably win in regulation if Rask had done his job.

Seguin isn't a goalie, he wouldn't be able to help solve this problem.

Loafing Lucic a.k.a. Sleeping Beauty
Can someone slip some adderall in this guy's Gatorade to wake him up and get him focused? Lucic is just a lumbering oaf on skates these days. One goal and 4 assists the last 15 games. Did you even notice him in on the ice in those games? Only when the camera accidentally caught him wandering around the ice lost.

Seguin is not a power forward like Lucic can be. Seguin wouldn't help.

No Shawn Thornton replacement. No fighters=no fight
Last year the B's were second in the NHL with 46 fighting majors. Today they're tied for 11th with 15, on pace for 31, a 32% reduction in fights. The Bruins are also on pace for a 23% reduction in points. Coincidence?

Shawn Thornton had 10 of those fights last year, and those were against the strongest, toughest fighters in the NHL. Those were the heavyweight bouts that got the blood pumping. This season Gregory Campbell leads the team with 4 fights. Lucic has 3. I guess Lucic's value as a scorer means he's too important to be fighting. Can't risk hurting those goal-scoring hands. Bobby Robins, currently playing in Providence, is third on the Bruins with 2 fights.

This team lacks energy. I understood not keeping Thornton, but the B's made no effort to replace him and the energy he brought both as a 4th liner and a fighter. Not replacing Thornton was like replacing your morning coffee with warm cream and valium.

Cap jail
The Bruins never made tough salary cap decisions until they were forced to before this season, trading Johnny Boychuk to the Islanders (who should rename their team: Lost). The B's didn't make compromises with who'd they sign, who'd they let go. They locked up their top 4 forwards, their top 2 defensemen (3 counting Boychuk), and their goalie.

Chris Kelly and Loui Eriksson combine to make $7.25 million. So not only do the Bruins spend for their best forwards ($17.75 million for Bergeron, Lucic, and Krejci), they also spend for guys whose production could be replaced by players making a third as much.

Is Marchand a $4.5 million player? At times. But he's paid that salary all the time.

You can't just retain everybody you want. The Bruins did that for years, re-signing everyone who played well. We as fans praised it. We thought the B's were building a strong foundation. What they were doing, however, was building their own prison cell around themselves.

They now have overpaid, under-performing players, and lack the flexibility to make significant changes.

Here Seguin would help, because he's not making much money. But Chris Kelly would still be on the roster.

By the way, Bruins fans, stop giving Neely all the credit when moves work out, and Chiarelli all the blame when they don't. I know we all love Cam, and Chiarelli is just a guy in a suit to us, but let's not divide credit and blame based on fanboy love.

This team can play better than this. But if they haven't gotten their collective heads out of their collective ass by now, when will they? They see the standings. They see the calendar changing to 2015. They've seen Krejci and Chara return. What will it take to wake the proverbial bear? Will Jack Edwards need to sacrifice himself to the hockey gods by humping the third rail at North Station? 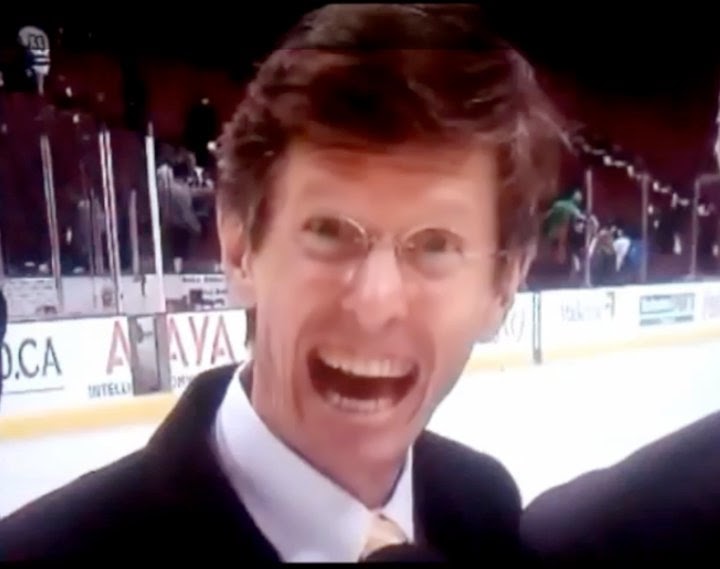 Even if that works and they make playoffs, I'm not optimistic about their chances for a deep run. Rask is not yet a proven playoff goalie. Marchand is awful in the playoffs. This team has no defensive depth.

Tyler Seguin isn't a goalie, so he can't help Rask. Seguin struggles more in the playoffs than Marchand has. Tyler Seguin is not a defenseman. So even with Seguin, this team would be facing playoff difficulties, if they can get their act together and make the playoffs.

We're on to worrying about Baltimore 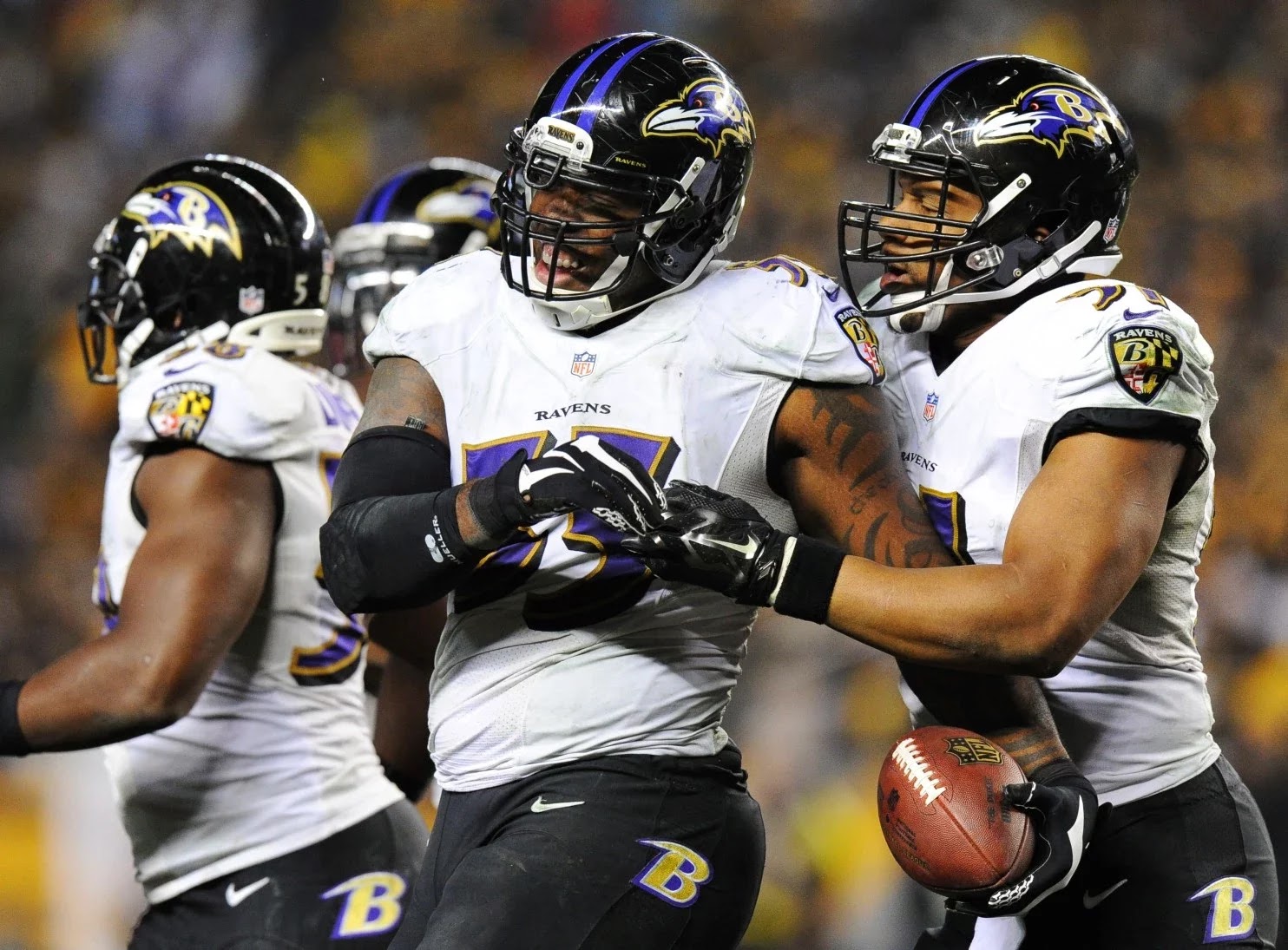 January 10, 2010 (which will be 5 years ago to the day on Saturday), Ray Rice abusing the Patriots like they were engaged to him, the Ravens scoring 24 in the 1st quarter, Brady throwing 3 picks.

Even January 22, 2012, when only a missed field goal prevented the game from going into overtime.

Joe Flacco's postseason resume is another cause for concern. Of the other AFC playoff QBs, only he and Roethlisberger have a fearsome playoff pedigree. Flacco is also a proven winner at Gillette. Hell, he's been significantly better than Brady in playoff games in Foxborough the last 5 years.

Psychological scars and matchup issues aside, if you can't beat the #6 seed, at home, then you don't deserve to win a Super Bowl. It's as simple as that. So while this is a relatively tough opponent for the Patriots to face, this is football, this is winter, it's supposed to be tough. It was tough in 2001 facing the Raiders, Steelers, and Rams. It was tough in 2003 and 2004 facing the Colts, Titans, and Eagles.

So let's move on from the past and focus on Saturday's game.

I'm going to be short and sweet in my analysis. The Patriots need to avoid the three Fs:

Fucking around
Fucking up
Fumbling (and throwing fucking picks)

The Pats can't play mediocre football for a half or 3 quarters, then hope to put it all together at the end. The clock in a playoff game moves unbelievably fast when you're playing from behind. So no fucking around, no waiting until after halftime to play your best.

Another thing the Pats can't fuck around with is play calling. Baltimore isn't good at defending the pass and were 4th best defending the run. So yes, Josh McDaniels, the Ravens will be expecting you to throw the ball. And that's okay. It's okay to do what they expect, because the reason they expect it is because they're not good at stopping it.

When Josh McDaniels was a young child, I bet he poured sugar on slugs, because he figured the slugs expected salt.

No fucking up starts with not letting Tom Brady get killed. Don't run plays that require Brady to sit in the pocket for 30 seconds while a receiver makes a double move or a crossing route develops. Short quick passes will keep Brady on his feet. Not doing so would be a colossal fuck up.

Last but certainly not least, protecting the football is of paramount importance, more than in most games. In the three recent playoff games against Baltimore, the Pats turned the ball over 10 times. Baltimore only turned it over 3 times. The Pats don't need to win the turnover battle to win the game. But if they don't lose the turnover stat, then it will be nearly impossible for the Ravens to win the game.

As physical and tough as the Ravens are, as well as Flacco has played in Foxborough, this is still the Patriots' game to lose. If they avoid getting cute, play a full 60 minutes, don't make massive mistakes, and keep the ball in their hands, they should win.

Photo Credit:
Don Wright/Associated Press
Posted by rob at 10:40 AM No comments: