WHAT DID WE EXPECT?

I'm not surprised Kevin Faulk is hurt. And I'll make a not-so-bold prediction: he won't be the last Patriots RB to go down this year. It should be expected when your RB Corps collects more Social Security than it takes up cap space. Either 33 year old Sammy Morris or 34 year old Fred Taylor will be next. These guys have hundreds of carries, and thousands of hits under their belt. It's Week 3 of a very long, and soon to be very cold season.

But Faulk was more than a runningback. He was a playmaker. That's a commodity the Patriots don't have much of. He caught passes, picked up blitzes, and he did so consistently. The Pats might be able to pick up a Larry Johnson, or some other token back to fill in the depth chart, but Kevin Faulks are one in a billion. 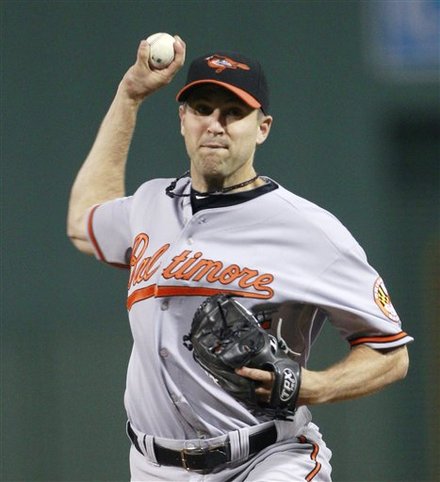 The Red Sox season has been sad, and it's finishing in a sad way. I don't mean like funeral sad, I'm talking lame, weak, wimpy sad. Last Friday, I wrote about the very slim but still very real chance that the Sox had to make the playoffs. They had the Blue Jays and O's coming to town, and all they needed to do was win those games.

And if the Sox had swept Toronto, and won the last 2 against Baltimore, they'd be 2.5 games behind the Rays. That'd be with 11 games left, and that's a very manageable deficit to overcome.

But as it is, the Sox are now 8-9 against the O's on the season. And that just makes me sad.

And Papelbon, good luck getting a big fat contract with an ERA up near 4.

John Lackey faces Kevin Millwood tonight. Millwood is 3-15, which probably means the Sox will give him win #4.