So if Tuukka Rask can't cut it, maybe this Lowell Spinners VP can play in goal.
Posted by rob at 11:00 AM No comments: 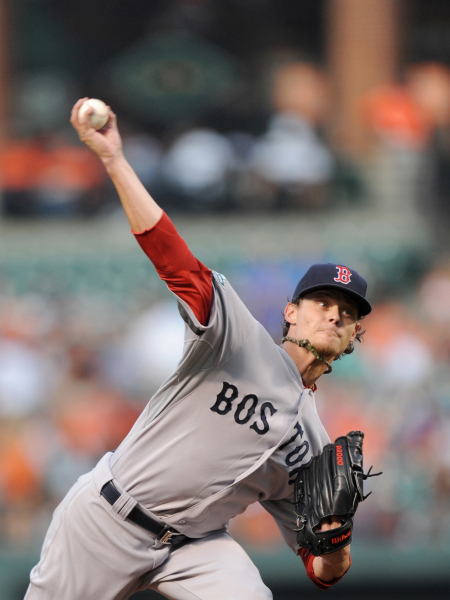 I don't know whether to be grateful to Clay Buchholz, or resent him. He's by far the best pitcher on this team right now. He's only allowed 8 earned runs in his last 6 starts. He's 3-1 in that stretch and the Sox are 5-1. He's helping to keep the Sox from falling out of the Wild Card race. And that's why part of me resents him. He's giving us hope. A hope that I know other members of this team (especially in the rotation, from Texas, named Josh), will not reward.

In this six game stretch, Buchholz has pitched 7 or more innings in all six starts. He's thrown 47 innings total, and has a 1.53 ERA. He had a rough start to the season, but he's currently pulling his weight (and then some). Maybe there's long-term hope for Buchholz on this team.

Last night the offense did what they used to do. They wore out the starter, got a few walks, and eventually broke through. Chris Tillman needed 110 pitches and he didn't even get out of the 5th inning.

The Sox are 7 games into a 10 game road-trip. They're 3-4, and that's not good enough. Splitting a 4 game series with a bad Indians team is inexcusable. And this stop in Baltimore was a chance to gain ground on the Orioles, not lose it. And now the Sox are in New York for 3 games.

This is going to be a tough series, so the Red Sox are going to have to be tough. This trip can still be positive. I'm not expecting it, but a 3 game sweep in New York could be a serious momentum builder. Even a 2-1 series win and the road-trip was a 5-5 excursion. Which isn't good enough.

The Sox need to win series. They've played 10 series since the All-Star Break and are 4-5-1 in those series. It's time to stop treading water and make some progress.

Franklin Morales is on the mound tonight. He faces Phil Hughes, who is 11-10 with a 4.44 ERA. I don't foresee a pitcher's duel.