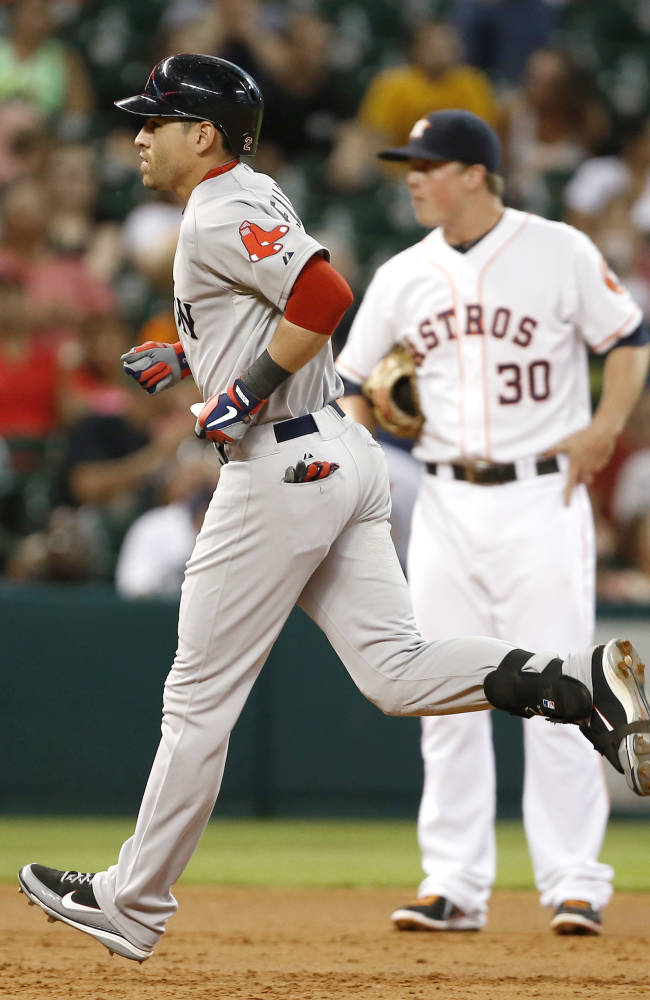 The 9th inning was the only scoreless frame in this game. And this game was a good example of the Red Sox being good enough offensively to win a regular season game against lackluster opposition. It was also a good example of why the Sox needed to trade for Peavy. They needed depth at starting pitcher. Badly.

Steven Wright lasted an inning, then Brandon Workman labored through 4.2 innings. The Sox scored runs off Houston's horrible pitchers. Ellsbury hit a pair of homers, and Jonny Gomes hit a 3-run shot in the 6th. Ryan Lavarnway hit a 2-run double in the 5th to put the Sox ahead 8-7. In other words, he scored the 2-point conversion that put the Sox ahead.

This was a horrible 4 hour game. It was an abomination. Nobody should be all that proud of it, not even David Ortiz, who went 4 for 4.

The important thing is the Sox won. They got bad pitching but their opponent's bad pitching was worse. The Sox were the least worst team on the field. And that works in August, but it won't in October.

That's why the Sox got Peavy. That's why they need Buchholz to grow a pair and show up. That's why they should have acquired a mediocre reliever to pitch 3 non-consequential innings a week. Just to give the overtaxed and undertalented bullpen a breather.

Dempster faces Jarred Cosart tonight. Cosart is a 23-year old righty with 4 career starts to his name. He's done well in those starts, but he does tend to walk batters. A patient Sox lineup should exploit him.

And all Dempster has to do is keep Houston to a touchdown or less.