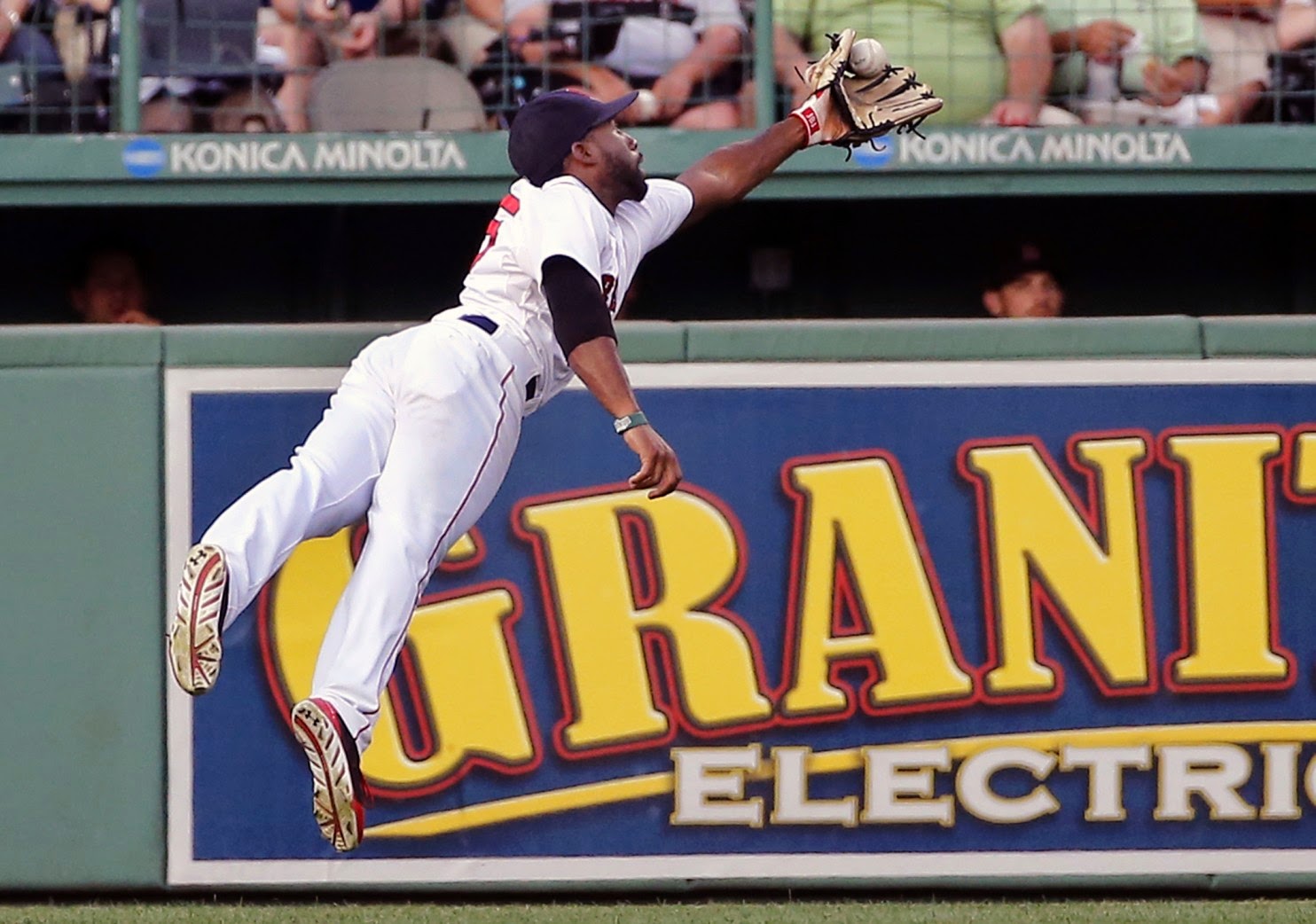 Brock Holt leading off and playing shortstop. Christian Vazquez catching. Rubby De La Rosa on the mound. If parking had been free, fans at Fenway Park might have thought they were at McCoy Stadium in Pawtucket. The home team also won, another thing that's happened more in Pawtucket this season than Boston.

To be fair, the Major League regulars made most of the winning plays in Wednesday night's game. At best, Rubby De La Rosa was okay in his 5 innings, giving up 2 homeruns and 3 runs in total. Vazquez was 0 for 3, Jackie Bradley Jr. was 0 for 4, Xander Bogaerts was 0 for 3. Mookie Betts had a great game, though. We'll get to him in a bit.

Brock Holt had been 0 for 4 until the 9th inning. His single to knock in Daniel Nava capped off a rally that was executed mostly by the established Major Leaguers in the middle of the lineup. Down 4-0 the Red Sox scored 3 runs in the 8th. Mookie Betts, one of the few Pawtucket faces who did well in the game, led off the inning with a double. He scored on a Pedroia single. Pedroia scored on an Ortiz double. Jonny Gomes hit another double to knock in Ortiz.

The back end of the bullpen maintained the close deficit. Junichi Tazawa pitched a scoreless 8th. Recently named All-Star Koji Uehara struck out the side in the 9th.

In the bottom of the inning Mookie Betts got on base again (HBP). Daniel Nava drove him in with a double. And Brock Holt's line drive single to right ended the game.

The season is over in terms of competing for playoff spots. However there are 71 games left and it's important to end the season with some positives that can be carried over to 2015. Wins like this, where the offense and the bullpen step up after the starting pitcher isn't great, are important lessons for younger players. And for some older ones too.