Bruins Fill Their Roster With Wade Redden at Deadline

I could make a horrible, Boston Globe style pun about the Bruins reddening their blue-line. And I just did.

The Bruins traded for veteran defenseman Wade Redden. The B's sent a conditional 7th round pick to St. Louis in exchange for the 35 year old. The pick will upgrade to a 6th round pick if Redden plays a game in the playoffs. In essence, they acquired him for next to nothing.

I liked Redden back when he was with Ottawa. He was underrated back then. In 2003-04 he scored 17 goals. And in the season after the Lockout he was +35. Since then his production has fallen. When with the Rangers he played for their AHL affiliate. And he probably won't dress every game he's with the Bruins.

I think he has a chance, though. Especially with McQuaid hurt. So long as he plays smart, he'll find a spot on the roster. And he should be smart. He has over 1,000 games of NHL experience, plus 101 Stanley Cup playoff games.

I'm glad the Bruins didn't try to get that mythical "puck-moving-defenseman." They acquired an experienced guy who at the very least will be their 7th defenseman in case something horrible happens, and has the capability to provide 12 quality minutes of ice-time a night.
Posted by rob at 11:00 AM No comments: 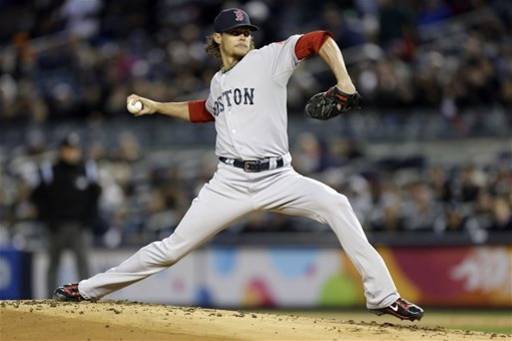 The Red Sox are making hay when the sun shines, taking advantage of the injury ridden Yankees, and starting their season 2-0 for the first time since 1999. The Yankees lost starter Hiroki Kuroda in the 2nd when a ball hit his finger. The Red Sox capitalized as Kuroda struggled, then went to work on the Yankees bullpen.

Clay Buchholz scythed his way through the JV Yankee lineup, needing only 96 pitches in 7 innings of work. The one blemish on his outing was a Travis Hafner solo homerun. Buchholz typically struggles against the Yankees and in April. It's April, and these players were technically the Yankees, so good for him.

It was a game the Red Sox should have won. Which is good news for two reasons:

#1. The Red Sox are back to being a team that is supposed to win games.

#3. The Red Sox are winning games they should win. They didn't do that often enough last year, or in 2011.

Are they the best team in baseball or their division? Impossible to tell after 2 games against a hodgepodge Yankee roster. Are they taking care of the business that should be taken care of? So far, yes. That's an improvement. It's refreshing.

Not so refreshing was the fact that Alfredo Aceves allowed a 3 run bomb by Vernon Wells that made the late innings interesting. This worries me because Aceves wasn't reliable at all last year.

In the 9th, Joel Hanrahan was on the opposite end of the spectrum. He looked very sharp, hitting 96 and 97 on the radar gun, with movement.

Jackie Bradley Jr. continued his ROY/MVP/HOF campaign with an RBI single in the 3rd. His first Major League hit.

Jose Iglesias went 2 for 4, and is hitting the softest .556 in history.

The Red Sox knocked in 5 runs with 2-outs. That's my favorite stat of the night. That's the difference between winning 7-4 and losing 4-2 right there, just a few 2-out at-bats.

Ryan Dempster faces Andy Pettitte tonight. With that matchup and Jaromir Jagr coming to the Bruins, I feel like it's 1999 again. I'm going to check my smartphone for the Y2K bug.

Photo Credit:
AP Photo/Kathy Willens
Posted by rob at 10:00 AM No comments: