IT HAD TO BE BRUINS/CANADIENS 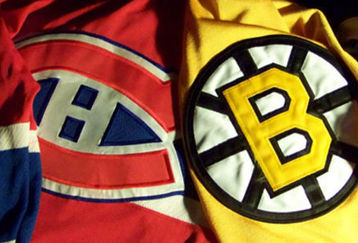 The Habs won the season series 4-2. But they ended the season 7-7-1 after the Chara/Pacioretty incident. They don't have the high flying skilled players that we've seen them bring in years past. Gionta was their leading scorer with 29, and only three Canadiens scored more than 20. They use their speed for defense, and were a respectable 8th in goals allowed this year.

The Bruins can bring a physical element to this series that Montreal might be able to outrun, but won't be able to match. Chara, Lucic, Horton, Recchi, Boychuk, Marchand, Campbell, Thornton, and McQuaid can all throw their weight around.

One thing the Bruins absolutely must do is kill penalties. The Canadiens were 9 for 28 (32.1%) on the power play against the Bruins this year. Nine of their 20 goals against the Bruins came with a man advantage. If the Bruins can neutralize their power play, they'll win this series. Forwards like Bergeron, Campbell, Paille, and Kelly, along with Ference and McQuaid, all need to step up and focus on the penalty kill. And even though the Bruins scored a lot of shorthanded goals this year, they need to think about clearing the puck and not generating chances.

The Bruins best player is their goalie, Tim Thomas, who set a record for highest save percentage ever at .938. But Montreal has a pretty good goalie too. Thomas' biggest contribution in this series might be on the penalty kill.

I think the Bruins win in 6. But I have doubts. Julien's record in the playoffs is mediocre, and if it goes to 7, the Bruins are screwed. So this is more of a hopeful pick. 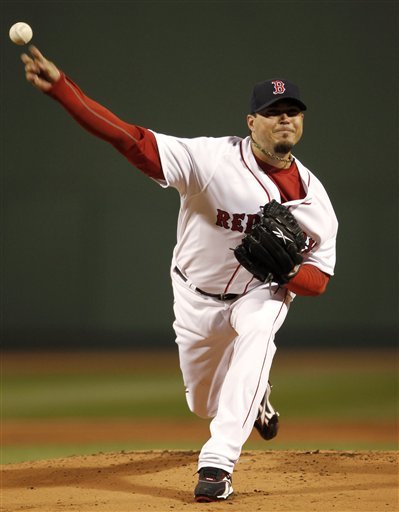 Taking 2 of 3 from New York will make you forget about an 0-6 start. The Sox finally got some hitting, and finally got some pitching. It wasn't the prettiest series win, but I think we'll all take the W's.

John Lackey sucks. We have to come to terms with that. He's a #5 at best. Hopefully, he'll be the only #5 pitcher in this rotation. He's not going to recapture the form he had with the Angels 4 years ago.

I'm worried about Buchholz. He looked so much like his 2009 self on Saturday. He obsessively threw to 1st base. His body language wasn't confident. He's not throwing strikes. And he's struggling the second time through the lineup. It might just be a temporary thing. But he's allowed 5 homers and 8 earned runs already. In 2010, he didn't allow his 5th homerun until July.

Josh Beckett was simply magical last night. 8 innings, 10 strikeouts, 1 walk, only 103 pitches needed. He retired the last 14 batters he faced. His fastball had bite, his curve was snapping, and he was confident in what he was doing.

The question with Beckett is consistency. We've seen sporadic brilliance like this before. We need to see a steady string of 7+ inning, 2-3 run starts, though. No more of the 5 inning, 4 run clunkers that we've seen him throw so many times. We'll learn a lot from the quality of his next start.

Offensively, it's still kind of ugly. The Sox scored 4 runs from 12 hits and 8 walks last night. That's not good. Pedroia's upped his average to .400, Gonzalez is hitting, and Ortiz is getting by. But there's still some serious slumping in this lineup. They'll snap out of it, though. Crawford hit a few balls hard, just not in the right place.