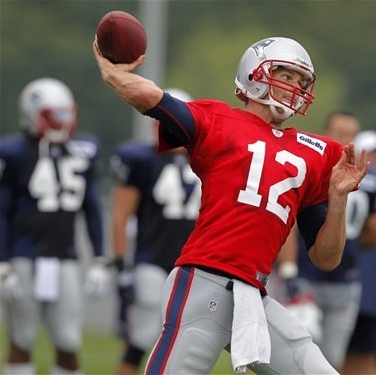 I don't think I've ever been more excited for a football season to start. The cause of my anticipation goes beyond how well the Patriots' off-season went and my eagerness to see them attempt to win Super Bowl #4. With the Bruins' early Stanley Cup exit, the Red Sox being a .500 team, and the sheer boredom that is the Summer Olympics, I welcome the 2012 NFL and college football seasons like a starving man welcomes a steak dinner.

I'm tired of Tim Thomas talk, I'm sick of stories about the Sox' clubhouse issues, I'm fed up with an event that considers badminton a sport but not baseball.

The Patriots are playing the Saints Thursday night and are holding joint practices with them at Training Camp this week. The NFL starts playing real games in less than a month (September 5th, Cowboys vs. Giants), College football starts even sooner (Go OU!) than that (August 30th).

Finally, Bobby Valentine and Ben Cherington will be secondary characters in the part of my brain focused on sports. I'll divert my attention to Tom Brady, Rob Gronkowski, Vince Wilfork, and the rest of the Patriots. I'll laugh at the Jets, shuffle my fantasy football roster, argue about the BCS, and do all the things that make football fun the entire week long.

Welcome back, football. We missed you. 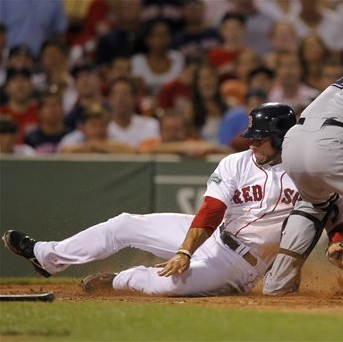 If you could explain why the Red Sox can beat the Rangers with apparent ease, yet fall to the lowly Twins with regularity, you could probably win a Nobel Prize for psychology or a Field's Medal for mathematics. Or both.

Aaron Cook did a great job to limit the Rangers to 6 hits and a run in 7 innings. And the offense took advantage of Yu Darvish's frequently hanging pitches to put a few crooked numbers up on the board.

I don't think there's any magic or mystery to the Sox' inconsistency. Last night was a rare example of the offense, the starting pitching, and the bullpen all doing their job. That's happened maybe 10 times this season. No more. Most of the time one element of the team undermines the other. And the end result is a 50/50 chance in winning a game.

It seems weird to me that in Boston the perceived value of a Wild Card has increased, while the actual value of it has significantly decreased.