At Least the Bruins Won 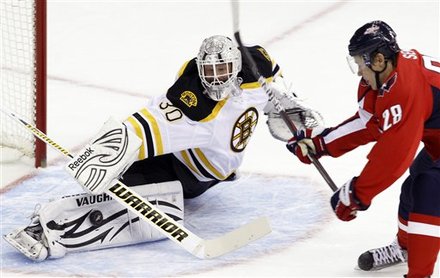 I didn't see the Bruins game on Sunday. On Saturday, they played with some bad habits. They turned the puck over, the defense didn't play actively in the 3rd, and all the forwards seem to be slumping. The goalies are cold too.

So while I didn't see the 4-1 win against the Capitals, I think the Bruins have improved some of their bad habits. Certainly Tim Thomas' 35 saves on 36 shots is a good sign. And the forwards have once again decided to get involved on offense. Lucic, Marchand, Seguin, and Peverley scored the goals on Sunday.

The B's are in a mid-season funk. Winning 4-1 is a good way to start getting out of it. 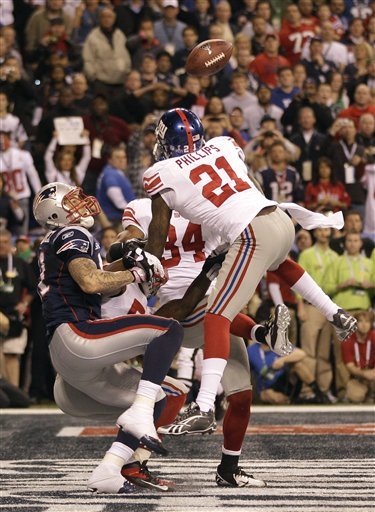 Two plays can sum up this game. One was Mario Manningham's toe-dragging sideline catch in the 4th. The other was Wes Welker's drop, also in the 4th. Manningham was covered well yet brought his toes down, maintained control of the ball, and in one play brought his team from its own 12 yard line to just 15 yards shy of field goal range. Manningham reached his maximum potential in that moment. He made the play.

Welker's drop came with the Pats up 2, with 4:00 on the clock. Had he held on, it would have been 1st & 10 on the Giants' 22 yard line. The Patriots could have drained at least another minute off the clock and would have almost surely scored at least a field goal. And if they'd scored a touchdown, the game would be over. Welker had all 10 fingers on that ball. And it popped out. He didn't make the play.

The Giants made more plays than the Patriots. It's not rocket science, it's fairly simple.

There were plenty of times in this game that the Patriots were just a play or two away from claiming victory. They didn't make the plays. The Giants did.

It's not effort, it's execution. No sane person can question Wes Welker's effort. But when his number came up, he just didn't make the play. Mario Manningham did.

After the Pats scored to start the second half, victory was within reach. They never grabbed it.

17-9 Pats and the defense gives up a field goal. If the Pats respond with a touchdown, they're up 21-12 and in the driver's seat. Instead they went three and out.

The defense gives up another field goal. 17-15 game, Pats get the ball back, move it a bit, then on a 1st down Brady evades pressure, then throws deep to Gronkowski. He underthrows a bit, Gronk can't outmuscle the linebacker covering him and it's an interception. What was Brady thinking? Throwing a jump ball on 1st down? That was a cocky decision.

The Giants eat about 5 minutes of clock and pin the Patriots back on their own 8. That drive ended the play after Welker's drop. Punt, Manningham, a few more plays, touchdown, history.

Victory was out there. The Patriots didn't reach out and take it. The Giants did.

Looking ahead, there's little reason to despair. There is a great deal of talent on this team. There's room to improve, but there's a strong foundation to build on.

I think you'll see significant defensive retooling. As much as I blame the offense's lack of execution for this loss, the Giants did mount an 88 yard game-winning TD drive. It'd be nice to have a better chance to prevent that. A team can't be so dependent on half of its roster to win all its games and right now the Patriots are dependent on the offense to make every single play in order to win.

That needs to change. Safeties that know what they're doing. Cornerbacks that can cover one-on-one without being embarrassed. A consistent pass-rush. Maybe an OLB that can rush the passer.

Here's a weird, almost frightening thought: the Bruins are the clutchest team in Boston sports.