Tom Brady Fell, and All of New England Shook 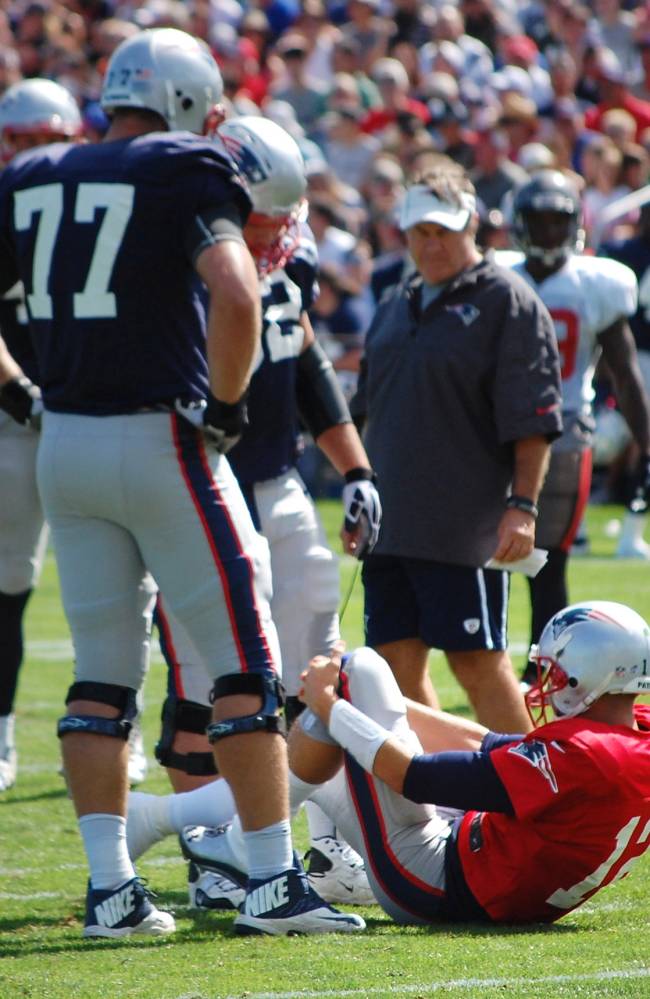 In case you just returned from a trip to a cave on the dark side of moon, Tom Brady left practice yesterday with an apparent injury to his left knee. This occurred in a joint-team drill with the Buccaneers when Pats lineman Nate Solder was pushed into Brady by Adrian Clayborn, and Brady fell to the ground clutching his knee. After taking a few more snaps, Brady left the field, under his own power, but still gingerly, with training staff in tow.

Panic spread across New England. A video of the injury emerged on social media. And a helicopter landed next to the Patriots practice fields, leading some to conclude/presume/assume/imagine/pull out of their ass, that Brady was being med-flighted to some hospital for treatment and/or examination.

Jonathan Kraft stated that the helicopter had nothing to do with Brady's injury. Brady did undergo an MRI, which was negative. I believe the Brigham and Women's Health Center in Patriot Place does have MRI machines, so if I had to guess, I'd say Brady went there. Not that it matters. The frenzied speculation over the helicopter is just one example of the hysteria that gripped New England yesterday afternoon.

I'm sure the team will be cautious with Brady. As they'd be cautious with any starter in the pre-season. Devin McCourty and Alfonzo Dennard didn't play in the Eagles game because of caution due to injury. If those two miss a practice, it doesn't mean they're out for the season. Obviously Brady is a more important player to the team's success, but if McCourty and Dennard miss a practice or a game, our fears of the severity of the injury aren't as catastrophic as if Brady misses one.

Tom Brady is alive. He walked off the field on his own power. Some say he jogged. I don't know, I didn't see it. It's time to calm down and be patient, folks. Let doctors do what doctors do. Let tests do what tests do. Let time do what time does.