Colts Put Peyton Out to Pasture 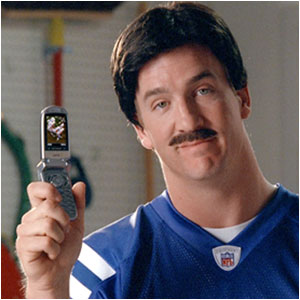 Peyton Manning was due a $28 million option on Thursday. The Colts will release him before that option triggers. And that makes absolutely perfect sense.

There's a chance he could remain in Indy with a restructured deal. I'm sure he and the Colts will try to get something done that would keep him in blue and white. At the same time, there are a number of teams that would welcome Peyton, and lay palms on the ground before him as he rides into town on a donkey. And the Colts have a draft pick to acquire a replacement. So a mutually agreeable parting of ways is very likely.

If I were the Colts, I'd keep Peyton. I'd also draft Andrew Luck. And I'd trade all my other picks to draft RG3 as well. Why not?

It would be a triumvirate of stereotypical QBs. The veteran unwilling to admit he's in the twilight of his career. Whose greatest injury isn't to his neck, but is to his ego. The by-the-book "game manager" white boy QB from Stanford. The black gunslinging playmaker with flare, a Heisman Trophy, and question marks about transitioning his game to the NFL.

Have a film crew follow the team around, hire Al Pacino to be the coach and invite Cameron Diaz to scowl from the owner's box and you have Any Given Sunday 2: Indiana's Temple of Doom. 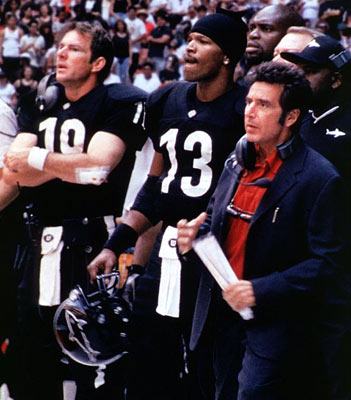 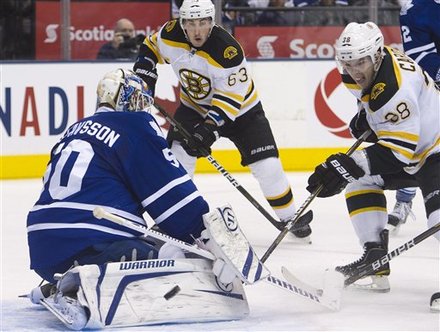 Caron is my newest favorite player. He's moving with more assertiveness now. With Paille, Peverley, and Horton off the ice, the Bruins need forwards. And Caron has answered the call. That goal against the Rangers seemed to boost his confidence and playing with Chris Kelly appears to be benefiting both players.

Seidenberg's fight said a lot about the character of this team. It was a spontaneous thing. Colby Armstrong came a long way to give him a hit, and Seidenberg didn't like it. Adam McQuaid didn't like it either and tried to fight Colby. But Seidenberg wanted Colby for himself. And even though the big German doesn't fight very often, he did quite well.


The goaltending was shaky. The penalty kill was ineffective. The power play unit was flat. There are still a number of problems the Bruins need to work out before the playoffs start. BUT, they deserved the two points they got. They needed them and they earned them.

Bruins host the Sabres on Thursday.