NFL Draft: Patriots surprise everyone by being completely unsurprising 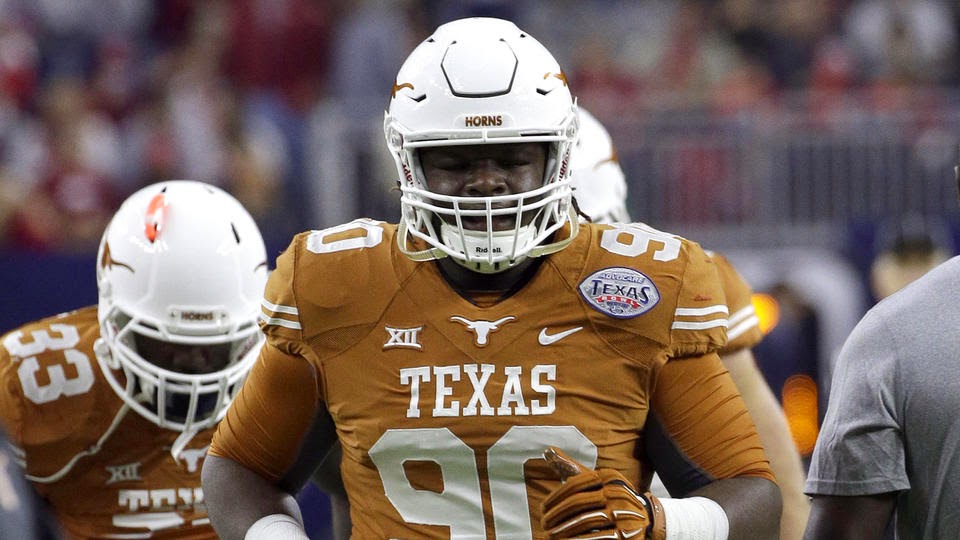 The Patriots were on the clock, Malcolm Brown was probably the best player still on the board, and the Pats have a need on the defensive line. Under those circumstances, you'd expect Bill Belichick to do the unexpected and trade out of the first round. Instead, the Patriots made the obvious pick.

I'm satisfied with getting this player at pick #32. Brown won't be as good as Wilfork was in his prime. But for the next 4-6 years, Brown will be better than what Wilfork would have been here.

I could regurgitate all the draft analysis crap about how thick Brown is, how well his hips move, what kind of motor he has. I hate that cliched crap. What I will say is that at 32, this is the type of player you expect to draft. Maybe slightly better than expectations. You won't get an exciting playmaker at 32 unless he has an injury and/or criminal record. The last two times the Patriots picked at 32, they selected Logan Mankins in 2005 and Benjamin Watson in 2004. Matt Elam, David Wilson, Teddy Bridgewater. Those are other recent 32nd picks.

To sum up this pick in a word, it's "fine." This was a fine pick. I am fine with this pick. I think Malcolm Brown will be a fine player who will have a fine career. This pick is the equivalent of moving the ball 4 yards on 2nd and 10. It's good, it helps your cause, but by itself it doesn't mean a lot.

And again, that's what to expect when you're picking last.

I'm glad that the Patriots didn't trade up, because all the experts who have been watching college players' hips for the past 3 months pretty much agreed that this wasn't a talent rich draft. I'm also glad the Pats didn't move down, because those hip-obsessed experts also say that Brown is a good player, so I'm glad the Patriots took advantage of the opportunity to pick him.

Brown is listed as 13 pounds lighter than Wilfork, and there's no way in hell that's true. Brown is a big guy, but Wilfork has at least 50 pounds on him. So Brown better start gorging on pizza sheets and turkeys from Big Y.

Finally, how awesome is it to have the 32nd pick again? It's just a fantastically awesome number, isn't it?