Great Time to Be a European Hockey Fan

The best hockey players in the world are flocking to Europe. So if you're a hockey fan in Europe, this lockout has been great news.

HC Davos of Switzerland has signed Joe Thornton and Rick Nash. The two played there during the last lockout, and probably chose the team because Davos is a ski resort town in the Alps. Sort of like playing in Aspen. 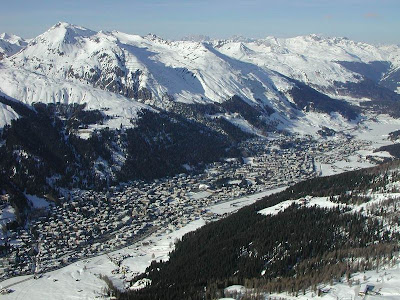 Mettalurg of Russia's KHL has been busy. They signed Sergei Gonchar, Evgeni Malkin, and Nikolai Kulemin of the Maple Leafs.

Some NHL players have taken advantage of the lockout to play closer to home. Christian Ehrhoff signed with the German team Krefeld, which is only 14 miles from his hometown of Moers. Mark Streit is playing in Bern, which essentially is his hometown town. Russian Ilya Kovalchuck signed with SKA St. Petersburg.

There are rumors that Bruin David Krejci will be signing with a Czech team.

I don't think Tim Thomas will be playing in Europe. But you never know.

The Best Commercial Ever for So Many Reasons

I've come up with an analogy to illustrate the significant drop-off between proper NFL officials and the replacement refs that have tortured football fans for 2 weeks.

The proper NFL refs are like the US Congress. We didn't like them, they didn't seem to get anything right, and all we did was criticize them. But they actually knew what they were doing. They knew the procedures by heart, their mistakes were rare, and they knew how to do the job.

The current replacement refs are like the Norwood (or insert your hometown) Town Council being asked to do Congress's job. They're trying, but they aren't equipped to do the job, nor do they have the experience to figure out how to do it.

So imagine defense committees at Congress being run by people who are accustomed to zoning permits and organizing free concerts at the gazebo in the center of town. That's what these replacement refs are like running an NFL game.
Posted by rob at 12:00 PM No comments:

After Week 2 last year, Wes Welker had 15 catches for 241 yards and 2 touchdowns. After 2 games this year, he has 8 catches for 109 yards and 0 scores. Why has his contribution been so dramatically reduced?

The last person anyone is blaming is Wes Welker. And some of New England's more dunderheaded sports fans have been attributing his lack of catches and lack of playing time to villainous scheming by Bill Belichick. My two favorite theories have been that Belichick doesn't want to pay Welker very much in 2013, so he's limiting Welker's production, thereby reducing his apparent value. The other golden nugget of imbecility is that Belichick is trying to "send a message" to Welker for the receiver's off-season contract negotiations.

People who actually believe such notions should be spayed or neutered in order to remove their faulty DNA from the gene pool and protect the human species from devolving back to simpler primates.

Other players have had contract disputes with the Patriots, then returned to the team, and their playing time didn't change. Why would Belichick start sending such messages now? And the suggestion that Belichick would jeopardize winning, or that Tom Brady would go along with such a change in priority, is laughable.

There are other FOOTBALL RELATED reasons that Welker isn't on the field as often. I think Josh McDaniels had wanted the slot-receiver role to be minimized in general. He wanted the tight-ends, Brandon Lloyd, and the running game to be the spearheads of the offense. That might change after Aaron Hernandez's injury. Welker certainly got more attention in the second half on Sunday.

And to be frank, maybe Welker hasn't earned more playing time than he's gotten. I can't forget his Super Bowl drop. Or his drop in Week 1. Or the drop on Sunday that preceded the blocked punt. He doesn't look as sharp as he did in years past. An maybe he doesn't look sharp in practice either.

Nobody is talking about this. Nobody is attributing the lack of targets or snaps to Wes Welker. I could only bear to listen to a few minutes of sports radio yesterday, but didn't hear Welker's pre-punt-block drop mentioned once. He had a chance to make a big 1st down play, and he failed. All 10 fingers touched the ball.

I don't pretend to know why Bill Belichick or his assistants do what they do. I try to come up with possible explanations that make logical sense. There is a complete lack of logic behind some of these Welker theories. To me it seems impossible that Welker's lack of targets/snaps is anything more than a football decision. You might not think it's a smart decision, but don't conjure harebrained theories about contracts or messages.
Posted by rob at 11:00 AM No comments: 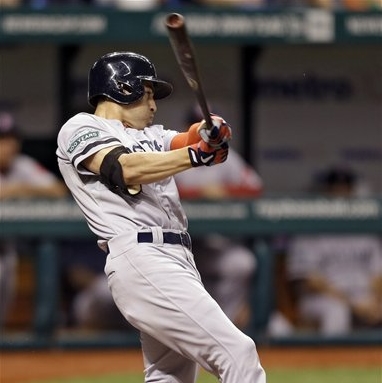 Did you watch any of this game? I watched a few pitches. Basically, the Tampa Bay Rays are collapsing. The Sox never really collapsed this season, they've been deflated since Opening Day.

Jacoby Ellsbury had a good night: 3 hits, 3 RBI, and a homerun. This is a lost season for Ellsbury as much as it is for the Sox. Next year will be his price-tag year as he approaches free agency. So it's good to see glimpses of production from him this September.

Aaron Cook pitched 6 innings and only allowed 1 run. Boston native Rich Hill didn't allow a run in his inning. Junichi Tazawa threw yet another scoreless inning, striking out 2. Mark Melancon felt compelled to increase his ERA to 6.98 by allowing a run in the 9th.

The Rays are on the verge of falling off the cliff in the Wild Card race, so perhaps the Red Sox can win a few in front of 11,000 people in St. Pete and pass Toronto for 4th. Huzzah!