BC GOES OUT WITH A WHIMPER

With wins against teams like Duke, North Carolina, and Florida State; a 66-65 loss to Duke in the ACC tournament; and players like Tyrese Rice, Rakim Sanders, and Reggie Jackson; you can understand why I was optimistic about BC going into the tournament. Sure, Michigan State would be a tough challenge. But if you can beat UNC in Chapel Hill, you can certainly handle MSU in Minneapolis.

But USC was too much. The Trojans double-teamed Tyrese Rice and shut him down. Rice had 9 points, and only 2 in the 2nd half. BC never did much to challenge this double-team. They never tried anything to free Rice up, and Rice never did anything to take advantage of mismatches elsewhere on the floor.

Rice's performance pretty much summed up his senior season on Chestnut Hill. Game changing talent coupled with a fervent unwillingness to adjust for the benefit of the team. He's Vince Vaughn in Rudy.

Josh Southern made some stupid fouls early on and had to miss a pivotal chunk of the 2nd half, sitting on the bench with 4 fouls as the Trojans dominated the paint.

But BC had a 34-30 lead at halftime. They were outscored 42-21 in the 2nd. It was a gradual pounding. And BC took it in stride, not changing, or adjusting a thing. They didn't even start to press until 1:30 was left and the game was already over.

Losing is losing, and it's going to happen. But this was just a sad, typical BC way to get eliminated. Get a generous seed, in a decent location, lead at halftime, then get destroyed.

At least the BC hockey team went down with a fight. The same can't be said for BC basketball, at least not in 2009.

Garnett and Ray Allen returned to the lineup Friday night, and not surprisingly with their return, the Celtics won a tough road game against a quality opponent.

KG only played 15 minutes, but he added 10 points, and his usual energy, on and off the court. Allen played 40 and put up 19 points. Rondo had a double-double (16 points, 12 assists), Pierce only had 9 points, but collected 12 rebounds. Glen Davis contributed 7 points and 7 rebounds off the bench, and hit a huge 15 with 5 seconds left that sealed the victory.

It was nice seeing Kevin Garnett having heart attacks on the bench again.

The Celtics fly up to Memphis to play the atrocious Grizzlies Saturday night at 8.

THE BRUINS ARE TRYING TO KILL ME

The good news is, the Bruins reached 100 points for the first time since 2004. They're also only 2 points away from clinching a playoff spot, and only 3 from clinching the division. The bad news is that they look dead, find new ways to lose every night, and the Devils and Caps aren't slowing down.

The B's played 2 great periods of dominating hockey. Matt Hunwick scored in the first thanks to a beautiful drag and pass from Ryder to him in the slot. Rechhi made it 2-0 thanks to some aggressive Chuck Kobasew forechecking and a smart pass from Bergeron. Tim Thomas looked sharp in net, the defense was tight, and the B's kept pressuring the Kings.

LA's goals came off fortunate rebounds, but they shouldn't have even been in the game. The Bruins were 0 for 4 on the power play, and had 38 shots on net. They just couldn't seal the deal. And it was a breakaway off one of those missed opportunities that the Kings' tying goal came.

I'm not as worried as I probably should be. The Bruins have looked good 60 to 70% of the time, and their opponents have been fortunate or tough enough to exploit that 15 or 20 minutes of slightly above average hockey. There are 10 games left to get things back on track. The division is essentially ours.

This team has everything it needs to play deep into spring. The question is: will they use it? 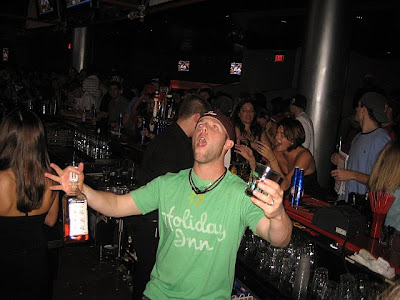 The Red Sox have the reigning AL MVP at second base. Since the end of April 2007, he's hit .329 and been one of the best and most consistent producers on the team. We all know the awards. Rookie of the Year, MVP, Silver Slugger, Gold Glove. He's the perfect #2 hitter (if only we had a perfect leadoff hitter).

He did suffer an abdominal injury, but word from Fort Myers is that he'll only miss a few games. Thank God, because the backup situation is pretty grim. There's Nick Green and Ivan Ochoa. Green hit .233 for AAA Scranton-Wilkes Barre last year and hasn't been in the Majors since '07 when he appeared in 6 games for the Mariners. Ochoa also lacks MLB experience, but at least he has some decent offensive numbers in AAA.

If Pedroia goes down for an extended period, the offense becomes more hole-filled than an Iraqi submarine.
Posted by rob at 1:18 PM No comments: