It starts tonight. Unfortunately, college football's regular season might be better than its postseason. There aren't many great games this weekend, with most of the Top 25 playing the likes of Florida A&M, Eastern Illinois, Tennessee Tech, and Samford. But there are a few really interesting matchups to enjoy. Here are my picks for Week 1:

Tonight - 8:30pm - Versus
#15 Pitt @ Utah
This is an early test for the Panthers. Utah's lost some talent, but they've still won 34 of their last 37 games. I'll give credit to Pitt for making the trip to Salt Lake City. I'll also give them credit for the win.

Saturday - 3:30pm - ABC
UConn @ Michigan
The Huskies are my pick to win the Big East. And Michigan sucks. UConn squeezes a win from Ann Arbor.

Saturday - 7:45pm - ESPN
#24 Oregon State vs. #6 TCU (in Arlington, TX)
This is a big test for both teams. TCU has BCS aspirations again. So does Oregon State. Both teams are good, but Oregon State's lack of defense will be their undoing. Saturday - 8:00pm - ABC
#21 LSU vs. #18 North Carolina (in Atlanta, GA)
UNC has lots of potential to win the ACC this year. Playing LSU is a nice little test. The same can be said for LSU. I'm unsure about this one, but when in doubt, pick the SEC to win every time. Especially in the Georgia Dome.

Monday - 4:00pm - ESPN
Navy vs. Maryland (in Baltimore, MD)
Maryland has some positive buzz, but Navy will squash that rumor before it builds up any momentum. I love Navy's box scores, with all the rushing, and the 10 passes thrown. That's college football, baby.

Monday - 8:00pm - ESPN
#3 Boise State vs. #10 Virginia Tech (in Landover, MD)
How often does the nation's college football attention fall squarely on Maryland? Answer: when two teams from outside of Maryland play in Landover. I think VT is just slightly overrated. Boise State is not.

If you were calling the plays for USC, why wouldn't you go for 2 after every touchdown, never punt, and frequently onside kick? What do you have to lose? The Trojans can win the Pac-10, but can't play in the postseason. But I suspect they'll play a role in determining who gets to the Rose Bowl.

Losing QB Jeremiah Masoli hurts. But all 5 o-linemen return. And RB LaMichael James will be back after a 1,546 yard, 14 TD freshman campaign. The defense is this team's strength. Excellent LBs, small but quick d-line, and adept DBs. They didn't lose at home last year, and haven't lost in Eugene since September of '08. Unfortunately for them, they play USC and Oregon State on the road.

There'll have to be a new QB in Corvallis, but the star will be RB Jacquizz Rodgers, who ran for 1,440 yards, 21 TDs, and also had 522 receiving yards. 4/5 of the o-line returns, and the Beavers will likely improve what was the 26th highest scoring offense in the country last year. However, the defense will ultimately bar them from the Rose Bowl. They have no pass rush, and the LBs are weak. I'll give them credit for a ballsy non-conference schedule. And in something that might be deemed karma, they get to play USC and Oregon at home. 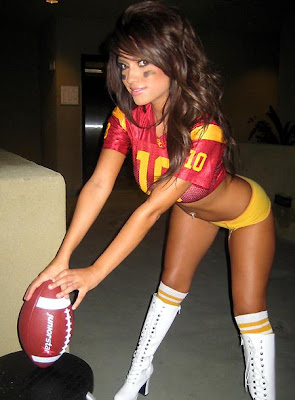 I'm not sold on Matt Barkley. His 15 TD, 14 INT campaign was pretty bad. The Trojans were in unfamiliar territory in '09. They were 69th in scoring offense, and 55th in total offense. But their defense was even worse. They allowed 55, 47, and 36 points to Stanford, Oregon, and Oregon State, respectively. But they return their front 7 pretty much intact, so they should be older and wiser. The secondary is brand new. But a manageable non-conference schedule, and the mediocrity of the Pac-10 will inflate USC's win total. But they won't beat either team from Oregon.

The rest of the conference is listed alphabetically...

QB Nick Foles leads the way. He threw for 2,486 yards last year and was a pleasant surprise in Tucson. They return some solid WRs for him to play catch with. The Wildcats have some excellent pass-rushing ends, but there are major holes at LB. That being said, Arizona will build on their back-to-back bowl seasons and continue to progress.

ASU features an awful offense, that was 91st in scoring last year. On the bright side, they only return 3 starters. They do have quality kickoff and return units. And the defense is outstanding. They led the Pac-10 in rushing, passing, and total defense. They were 2nd in scoring. Four of the Front 7 return, although the secondary will be quite vulnerable.

Don't expect much from Cal. They're definitely #2 in the Bay Area, and might be #4 in all of California. Although RB Shane Vereen will be fun to watch (almost as fun as saying his name out loud). He ran for 952 yards and 12 scores despite only starting 4 games last year. They desperately need receivers, and their defense is a mess. Particularly the defensive backs. 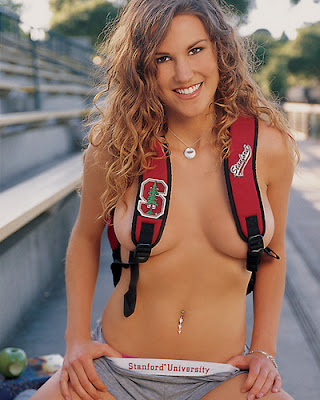 I think losing Gerhart hurts a lot more than people think. It's the Pac-10, so with a competetive offense, and a forgettable defense, Stanford will still contend. But against the likes of USC or the Oregon teams, Stanford will be blown away.

"Progress" is the word for UCLA. And they need a lot more of that on offense, especially with the ground attack. The Bruins were 97th in rushing last year. That must change. They had a good 2009 campaign, but lost some vital defensive leaders. Then again, they have good DBs, and a few key guys remain. NFL prospect Jake Locker returns for his final attempt to get Washington to a bowl game. He threw for 2,800 yards and 21 scores last year, and holds almost every quarterbacking record at the school. He's surrounded by talent on offense, with 9 returning starters, including RB Chris Polk who ran for 1,113 yards his freshman season. The defense, however, is shaky. The d-line is weak. But the secondary might be a pleasant surprise. Unfortunately, Locker's college career will end with the regular season finale at Washington State, and not in a bowl game. 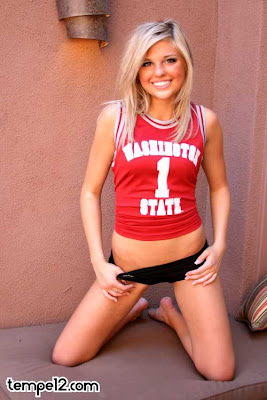 Last alphabetically, and last in the Pac-10. The Huskies haven't won a game played outside of Washington since October of 2006. They were outscored by an average of 38.5 to 12 last year. Their only win of '09 was a 30-27 victory over SMU, who they'll play on the road in 2010. Montana State should help double their win total to 2.

The Sox avoided disaster thanks to a 6 run 7th inning, capped by a pair of homers from Scutaro and Beltre. Lester struggled early, but thankfully settled into a groove, going 6 innings and grinding out win #15.

So that's good, I suppose. But the Yankees and Rays also won. The Sox have 29 games remaining, and a 7 game deficit to close. In case you hadn't already figured it out, the Sox need a miracle more unheard of then their 0-3 comeback in '04.

Matsuzaka faces Brad Bergesen tonight. Unless the Rays or Yankees lose 8 in a row, every game from here on out is a must-win.