Talking about the progress of his Achilles injury, David Ortiz had this to say:

David Ortiz is more concerned with his free agency than with winning in 2012. Josh Beckett is counting his days off. Bobby Valentine is announcing beer bans that don't really exist. John Lackey is following this team around leaving a trail of Bud Light cans strewn behind him. Dustin Pedroia still acts Terry Francona is the manager.

Everyone on this team, except for some of the young guys, and some of the role players, is not likable. Some are downright despicable.

David Ortiz talking about his injury and how he doesn't want to hurt his 2013 free agency? I'm all for playing when you feel ready to play, but citing contract status as a reason to not play? Would he risk injury if the Sox extended his deal? If so, then he's just a selfish d-bag.

Winning simply is not the #1 goal for many people on this team. That's the problem. It's not bad chemistry, or lack of discipline, or poor character. Almost everyone on this team has individualistic goals, and very few on this team consider winning to be the top priority. 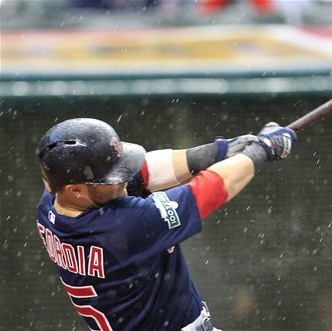 The Red Sox are a remarkable example of harmony and balance. I'm starting to believe in Eastern philosophies based on how fortune evens out for this team. Every good player is countered by a bad one. Every return from injury is countered by a fresh malady.

I'll start on a positive note with Jon Lester. A few weeks ago I never wanted to see him pitch for the Red Sox again. But he's turned it around without any fanfare or significant difficulty. He hit rock bottom and bounced right back.

Did you know the Red Sox have scored the 2nd most runs in baseball? They've scored more than the Yankees and only 5 fewer total runs than Texas. But it comes in lumps, not as a steady stream. This 4 game series, for instance, the Sox scored 22 runs. 14 in one game, and 8 in the other three.

The inconsistency of the Sox offense is forgivable considering the daily incompleteness of the lineup. No Ortiz and no Middlebrooks is a significant drain on run production. It's like a V8 engine with only 6 cylinders working.

So forgive the offense for their inconsistency, but starting pitching is what wins. And loses. Neither Beckett, Buchholz, or Lester has had a full season they should be proud of. Lester has improved, and Buchholz has come on strong. As a whole, though, these three guys have disappointed.

The Sox have today off, then start an important 3 game series in Baltimore. The Orioles are 6 games in the loss column ahead of the Sox for a Wild Card spot. Hard to believe this is August, and the Sox are that far behind the O's.

This is a chance to cut into that lead. 5-9 Josh Beckett faces 10-7 Wei-Yin Chen. I did not expect to be writing that sentence ever.