It was not a good night for the favorites as home teams were 1-3 in the opening night of the Stanley Cup playoffs. But if you were sitting at home watching, you won, because all these games were decided by 1 goal, and 3 of the 4 were decided in the 3rd period.

Philly only managed 14 shots on Brodeur, but 2 slipped by. Chris Pronger and Mike Richards scored 2nd period goals to put the Flyers on top. Travis Zajac provided New Jersey's only goal deep into the 3rd period. Brian Boucher stopped 23 of 24 shots he faced. The Flyers had New Jersey's number all season, and that trend continued.

This was not a goaltending exhibition. Brian Elliot and M.A. Fleury combined to stop 38 of the 47 shots they faced. It wasn't pretty. Ottawa was in control for most of the game, holding a 3-1 lead in the 2nd period, then a 4-2 lead going into the 3rd. That lead was tenuous, but so was Fleury's goaltending. No matter how close the Penguins got, Fleury allowed the Senators to re-extend their gap. Malkin had 2 goals and an assist. Crosby had 3 assists. I love the headline on Yahoo: "Defending Chumps."

Special teams, special teams, special teams. They become so important in the playoffs. The Coyotes scored all 3 of their goals on the power play. Which is weird because the veteran Red Wings have had a good penalty kill this season. Bruins fans might be pissed that Derek Morris got the #1 star (1 goal, 2 assists), but he fits so much better in Phoenix than he did in Boston. But I am pissed that the B's didn't get Wojtek Wolski, who had the tying goal in the 2nd. 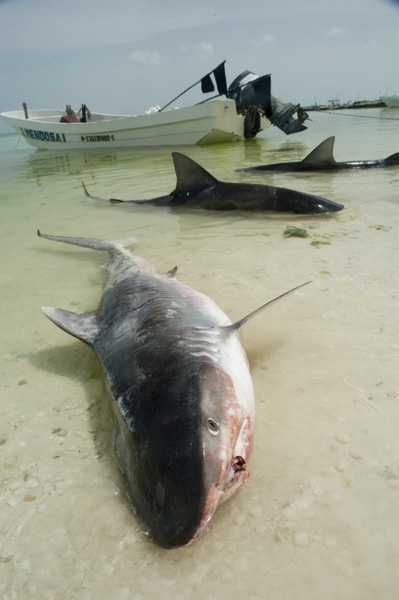 The Sharks just love choking. If they get knocked out by another 8 seed this year, they should be banned from playoff play for 3 seasons, SMU style. Journeyman goalie Craig Anderson was the Aves' biggest star of the game. He made some huge saves early that kept this a 0-0 game. It was 1-1 until 50 seconds to go in the 3rd, when a centering pass ricocheted off Rob Blake's skate and past Nobokov. Heartbreaking way to lose, but Colorado deserved it. They simply wanted it more.


I hope you enjoy that video of goals, because you won't see many in this series. The Bruins were 29th in scoring this season. The Sabres were 11th, but they struggled to get the puck past Tuukka Rask. Rask had a 1.43 GAA against Buffalo this season.

The Bruins aren't coming into this series with a full compliment of players. Savard is out of course, but what might hurt even more is their injuries on the blue-line. No Seidenberg, no Stuart. In a low-scoring defensive series as this apparently will be, losing your 2nd and 3rd best defensemen is a hard wound to protect. The playoffs have a way of exposing weaknesses and inconsistencies. Inconsistency, thy name is Wideman.

The B's have momentum, though. They had to win their way into the playoffs, going 5-1-1 down the stretch. Buffalo clinched the Northeast Division early, and strolled into the postseason 2-4-0 in April.

This series rests on three men for the Bruins: Tuukka Rask, David Krejci, and Dennis Wideman.

All Rask has to do is continue to play as he's been playing, to not let the playoffs shirk him from his task. Just keep up the good work.

The Bruins need Wideman to be as solid as he's been the last few games of the season. But his mindset isn't suited for playoff hockey. He struggles to keep his gameplay simple. He's terrified to make mistakes. He needs to relax and just play his game.

David Krejci had his best month in March, with 6 goals and 10 assists in 16 games. The Bruins need that level of play to continue into the playoffs. He's the closest thing the Bruins have to a scorer, and he can also set-up guys like Recchi, Satan, and Sturm.

The Bruins had one 20 goal scorer in Marco Sturm. And that's sad. The Sabres had four 20 goal scorers, and it'll be up to Rask and the defensemen to shut them down.

If Julien and the Bruins play a patient, conservative, defensively minded series, they'll prevail. If they lose their patience and take risks in a desperate effort to beat Ryan Miller, they'll lose.

It's safe to say that John Lackey and Dustin Pedroia have been the Red Sox' top performers out of the gate. Lackey had his second Quality Start, and Pedroia's slugging .818, with 4 homers. Last year, he didn't hit his 4th homerun until July 9th.

It's good that Pedroia's been murdering the ball, because guys like Ortiz and Drew have struggled just to hit it. Victor Martinez has also been hurting, but he was 2 for 5 yesterday afternoon.

The big hit yesterday was Jeremy Hermida's 8th inning double, clearing the bases. It gave the tentative Sox' bullpen much needed breathing room. And that's the bad news from yesterday, the pen continues to be worrisome. Daniel Bard allowed a homerun to his first batter, then nearly allowed another. Papelbon allowed two walks, and 11 of his 10 pitches were balls, as he got the Save. It was a very messy 8th and 9th.

And what's scary is that Bard and Papelbon are supposedly the class of the Sox' relievers.

Rubber game this afternoon at 1:10. Tim Wakefield vs. Francisco Liriano.
Posted by rob at 10:00 AM No comments: