It's more expensive to replace Jon Lester than to sign him 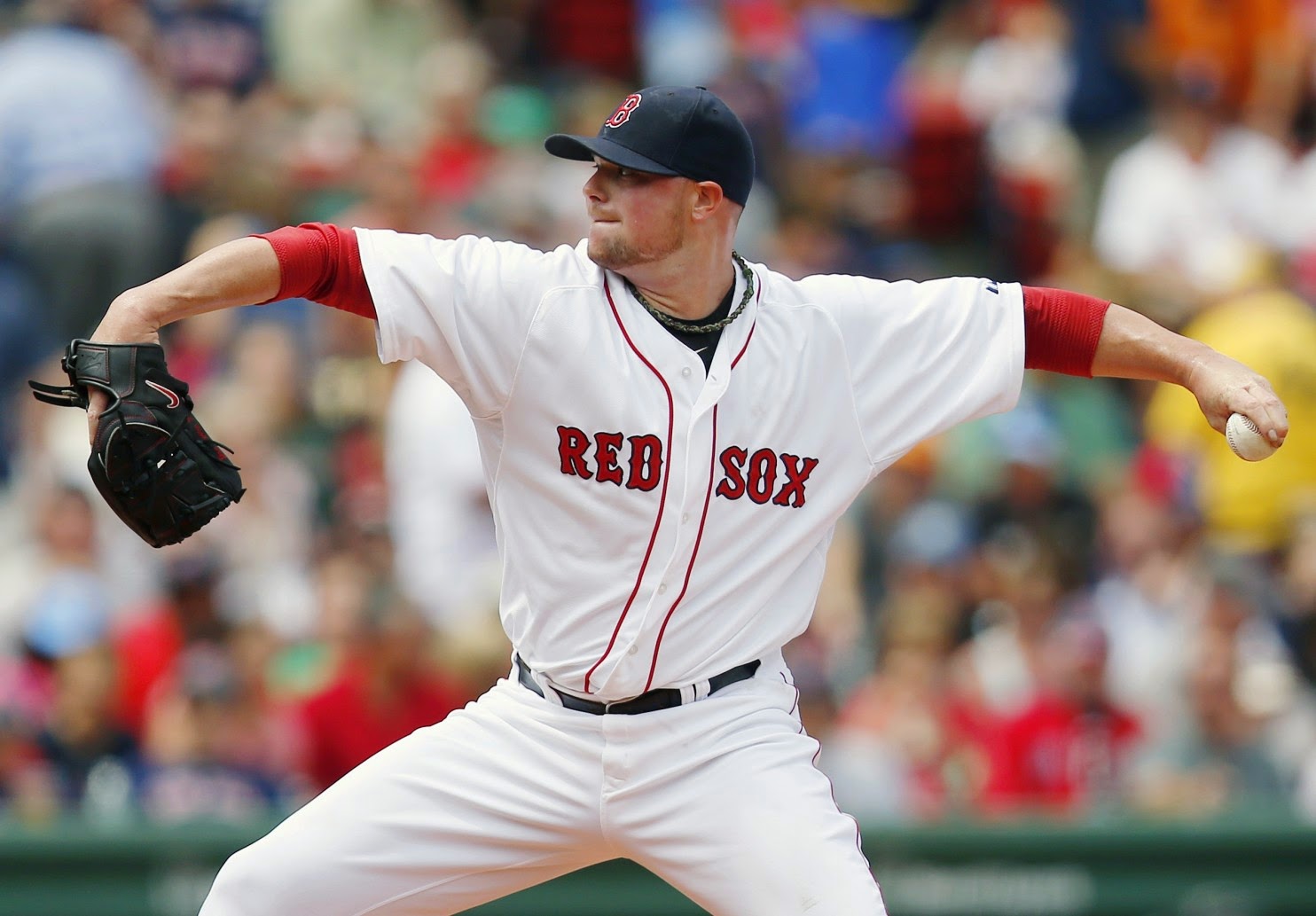 With each victory, his impending contract grows fatter and fatter.

You might replace Jon Lester with another ace-like pitcher, which would require a similarly juicy contract. So unless you acquire someone better, what's the point? Or you could also replace him with a combination of pitchers and hitters that improve the team, spreading that money among several arms and bats. However, buying enough arms and bats to make up for Lester's absence would cost more than keeping Lester.

It's usually unwise to take a team that needs a complete overhaul, like the Red Sox, and do something that makes them worse. It's like being out of food in your house, and deciding to throw out your refrigerator before you go get groceries. You're giving yourself a much bigger problem to deal with.

This team's lineup is in horrible shape. Two starters in Sunday's game had averages below .200. Six had averages below .250. The 2015 Sox will need a catcher, two guys on the left side of the infield, along with a couple of outfielders. Looking farther ahead, David Ortiz turns 39 in a few months. So that bat will need to be replaced someday.

Taking Lester out of the equation would put more onus on the offense to carry this team. Which means the team would need to spend money to fill these holes in the lineup. Lots of money. The Red Sox seem to want to give young, inexpensive talent a chance to find a place in the Majors. Without Lester, however, an offense like that will be losing games 5-3 instead of winning them 3-2.

The offense needs work. Keeping Jon Lester will ensure that the cost of that work doesn't need to be catastrophically expensive in order to win.

Lester's leaving would also affect the bullpen. He's averaging 6.85 innings per start. If you assume the 9th being pitched by the closer, on average Lester's starts require a mere 0.15 innings of middle-relief work. Remove Lester from the rotation and now the bullpen is forced to use another set-up guy once a week. Add that to the cost of not signing Lester.

The most obvious area affected by Lester's departure would be the rotation. The unfortunate truth of Boston baseball in 2014 is that the Sox rotation after Lester and John Lackey is weak and unreliable. And Lackey turns 36 in October. He also has a potential payday ahead of him, or a retirement.

The Sox are 7th in quality starts with 58. Lester's 15 are slightly more than a fourth of those. Without them the Sox have 43, which would put them in 25th. Even if the Sox replaced Lester with a guy who had 10 quality starts at this point, the Sox would fall from 7th to 14th.

Lester lifts the rotation, balancing out the weakness and unreliability at the bottom with strength and consistency at the top.

The less expensive thing to do is to sign Jon Lester. Even if the money seems absurd, even if he's 36 at the end of the deal and the Sox are weighed down by a $25M/year salary, it will be cheaper than trying to improve the team once he's gone.