The Rangers crushed Toronto last night, which is good news/bad news for the Bruins. The good news is that the Leafs clinched the 2nd worst record in the NHL. The bad news is the Rangers are only 1 point behind the Bruins for 8th place, but the B's have an extra game to play.

If the Bruins win tonight in Buffalo, they'd be only 1 point shy of clinching a playoff berth. The Canadiens also play tonight in Carolina. The Rangers play again Friday night. 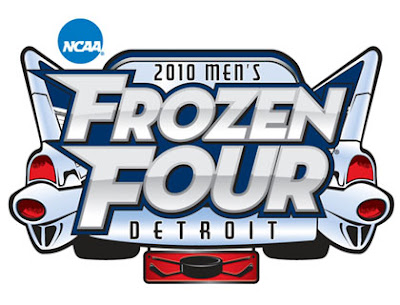 The other March Madness kicks off it's finale tonight in Detroit, on a temporary rink built at Ford Field.

It's an eclectic bunch of teams: one massive Big Ten school, an small technical school that's D-III in every sport but hockey, a powerhouse Catholic school form Massachusetts, and a new powerhouse public school from Ohio. Two teams with National Championships in the past, two other teams who've never won a Division-I title in any sport.

5pm - ESPN2: Wisconsin vs. RIT
RIT was a pushover in their bracket, a 4 seed up against the likes of Cornell, UNH, and Denver. RIT is not supposed to be here. But Wisconsin is. The Badgers secured a 1 seed thanks to an impressive regular season. RIT has the heart, but no longer enjoys the home ice advantage they possessed in Albany. Then again, Detroit's not too far from Rochester. I'd love to see RIT get to the finals, but Wisconsin is simply too good, and will come into this game prepared after witnessing what RIT did to Denver and New Hampshire. 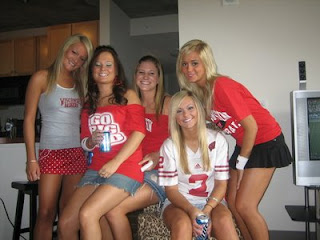 8:30pm - ESPN2: Miami (OH) vs. Boston College
Miami had victory pried from their clutches last year in an utterly heartbreaking climax of the National Championship game. They're on a mission, and they're ridiculously stacked. Their backup goalie made 55 saves in their double OT win against Michigan. BC can score (19 goals in their last 3 games), but they can be scored on (14 goals against in their last 3 games). As much as I want to see BC's only clutch team advance to another Championship, I have to select Miami for their superior balance. 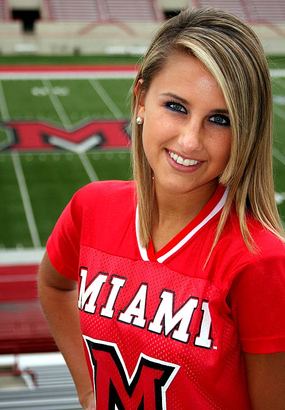 And in a Wisconsin/Miami title game, I'd give the nod to Miami. But hopefully it'll be RIT/BC.
Posted by rob at 12:07 PM No comments:

The Sox' pitching in defense may prevent opponents from scoring, but get ready to enjoy offensive outings like last night's.

Hey David Ortiz got a single. Yippee. Hooray. And there was much rejoicing.

The Sox squandered plenty of early opportunities, as they've tended to do against Andy Pettitte for the last 10 years. The Sox were 1 for 7 with runners in scoring position, Ortiz's RBI single providing the lone hit. If the middle of the lineup isn't crushing the ball, this team is sunk.

The Sox had 1 hit in 3 innings of Chan Ho Park relief. Nuf said.

Then there was the bullpen. Scott Schoenweis and Daniel Bard combined to allow the Yankees' tying run. And Papelbon couldn't weasel his way out of the 10th unscathed. I have some serious doubts about Papelbon this year.

At least Lackey looked strong until he approached 100 pitches. I suspect that will change as he's stretched out.