After rolling over Northeastern and Kent State, the BC Eagles had to face a real team. And it was ugly. Clemson's kicker Richard Jackson was the best player on the field, which tells you all you need to know about this game. On the bright side, the BC defense didn't allow a touchdown. On the not-so-bright side, the afore mentioned Jackson kicked 6 field goals. And on the very dark side, the BC offense was inept at best, impotent at worst.

Justin Tuggle was 4 for 20 for 23 yards, a touchdown, and 3 interceptions. And yes, he looked as bad as those numbers suggest.

There were some bright spots on the defensive side of the ball. Then again, Clemson has a one dimensional offense, so it's not brain surgery. BC probably should have lost this game 42-7, but the defense kept things relatively close.

The Eagles return home to face Wake Forest next Saturday. BC can beat Wake Forest, but unfortunately they won't.

BRUINS SEND KESSEL TO TORONTO, THEN THE BANK

It's finally happened. The Bruins and Maple Leafs agreed to the terms late Friday night. The Leafs got Phil Kessel, the Bruins received a pair of 1st round draft picks, as well as a 2nd rounder. Almost immediately after the deal was announced, the Leafs declared that Kessel's services had been secured for 5 additional seasons and for a price of $27 million.

I'll give credit to Phil and his agent, who I doubted in a previous post. They got precisely what they wanted. And I can't blame them. They wanted a big contract RIGHT NOW and they got it. So what if they kept their former team and former fans in limbo for months, and so what if they cost their new team some premium picks. Phil and his agent treated this situation just like he treats a breakaway on the ice. All they wanted to do was score, and they certainly did that.

As a Bruins fan, this is hardly something to celebrate. You don't run your leading scorer out of town, then have a parade when he's gone. And Toronto wouldn't be my first choice of teams for Kessel to wind up with. Nashville would have been better.

You don't celebrate, but we as fans shouldn't mourn, either. Any Bruins fan out there that thinks Kessel was worth $27M is probably also wearing an Adam Vinatieri jersey with a Nomar Garciaparra t-shirt underneath it. As good as Kessel was, and as great as he someday might be, that amount of cap commitment is simply unfeasible for the Bruins. Perhaps a one year, $5 million deal would have worked, but that's not what Kessel wanted. 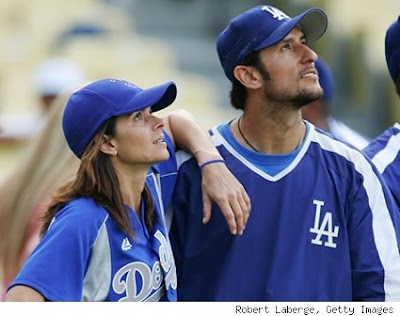 I think it was the length of the deal that kept Kessel and the Bruins apart. After this season, Marc Savard's an unrestricted free agent. Milan Lucic is a restricted one. Do you think a team or two might send offer sheets to Lucic? And then there's the uncertainty in the NHL salary cap. So long as the Phoenix Coyotes, Nashville Predators, Ottawa Senators, and Atlanta Thrashers of the world continue to bring in subpar revenues, the Bruins, Rangers, and Red Wings of the world will have to shed talent.

And here's what this came down to: Phil Kessel got what he wanted. So did the Maple Leafs. But Toronto's benefit is simply a byproduct of Kessel's desires. The perturbed and almost always emotionally unstable Bruins fan will bemoan Jeremy "Scrooge" Jacobs. But this wasn't JUST about the money. It was about the cap.

"Where will those 36 goals come from?" Has been the refrain of WEEI's Pete Shepherd this week. Well, here's my answer:

9 of those goals came against the Islanders and Lightning, the two worst teams in the NHL. The Bruins will win those games again by multiple goal margins, so Kessel's 9 scores won't be missed.

15 more of those goals came against other non-playoff teams. Once again, the Bruins will find goals in these games without the great Phil Kessel.

Then there's those 8 goals against playoff teams. 8 goals. In 34 games.

I'll tell you exactly where these 8 goals will come from. Patrice Bergeron. Byron Bitz. Milan Lucic. Marco Sturm. Mark Rechhi, and so on. Even with the loss of Phil Kessel, the Bruins have almost unparalleled depth at forward. And they're going to win a lot of games without Kessel.

Sources:
ESPN.com
HockeyBuzz.com
Posted by rob at 9:00 AM 1 comment: