Washington forced a Game 7. And I'm not shocked at all. The good news is we get to see a Game 7, the bad news is we have no hockey until Saturday. 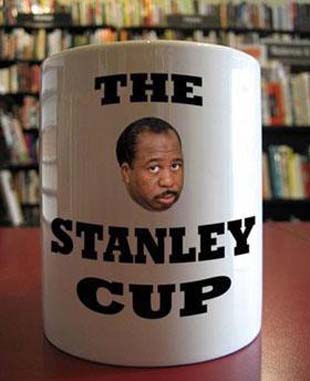 I'm finally respecting Braden Holtby. He's withstood the pressure, clung to his confidence, and he's making big saves. He gives the Capitals confidence to play their game. Which isn't the finesse, high-flying offensive hockey that we've seen from them in years past. They've become more hardcore. They grind goals. But they also have that skill and talent to take advantage of odd man rushes and Power Plays.

Game 7 should be fantastic. It will be played Saturday night in Madison Square Garden. Winner faces New Jersey. 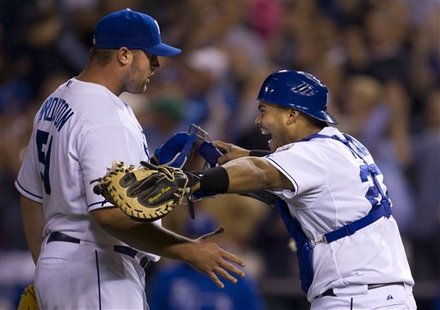 The umpires strike back. That's all Eck could talk about on the NESN broadcast last night, was the umpires. Jim Rice touched on it in the postgame. And I'm sure there are many out there who are holding the umpiring responsible for last night's loss. But let's lose with some dignity here, folks. Do the Sox need perfect umpiring to beat the Royals? Is that how low this team has sunk?

The Red Sox failed at a number of little things last night. Catching a ball on a bounce thrown in from the outfield. That's not too hard is it?

The Sox failed at a number of large things last night. Getting hits with runners in scoring position. Failing to make Bruce Chen look like Bruce Chen.

I'm still waiting for Lester to be as elite as he claimed he ought to be viewed as. He wasn't bad last night. He could've had more help behind him. But he hasn't been an Ace this year, he hasn't even been a good #2. He's 1-3 with a 4.29 ERA and he's had 30+ pitch innings in 4 starts already. He's got to be more efficient than that.

And elite pitchers are able to pitch around bad calls and bad luck.

This was the tenth series of the season for the Sox. They've lost 7 and won 3. Close to a fifth of the season is gone and the Sox are on pace for 65 wins.

They open a 4 game series with the Indians, who lead the AL Central. Derek Lowe, who I'm told is a very respectable golfer, opposes Josh Beckett. Tee-time, I mean first pitch is scheduled for 7:10pm. I'm going to milk that Beckett story until I get cheese.