Oh Yeah, the World Baseball Classic Is Next Year

Remember the World Baseball Classic? Yeah, that meaningless tournament that Daisuke Matsuzaka prioritized ahead of being a member of the Red Sox. Well it's back.

The WBC will be held in 2013, but the Qualifying rounds have already started. Spain won a round-robin tournament to advance, and so did Canada. Brazil, Panama, Nicaragua, and Columbia will vie for another spot. And Thailand, the Philippines, New Zealand, and Chinese Taipei will compete for another.

Johnny Damon will compete on the Thai team. Apparently his mother is Thai.

It'd be a nice tournament if the games weren't played during Spring Training. Major League players are at their worst shape of the year and their training routines are strictly monitored by their MLB clubs. Except Daisuke's. The Red Sox just let him do what he wanted.

So on paper it's an interesting event. In actuality, expect Cuba to win because their players are terrified of their government, and this competitions is the biggest event of the year for them.

Roberto Luongo Can't Help But Be a Douchebag

So as we all know, Barack Obama won the Presidential election two days ago. All well and good, until some French-Canadian douchebag decided to chime in and attempt to goad an adversary from spring 2011.

For full disclosure, nobody is 100% certain who runs the Twitter account @stromebone1. It is widely believed to be Roberto Luongo, but it's not verified.

In any case, Tim Thomas was a good goalie, Roberto Luongo is an overrated, washed up, choker. Tim Thomas did his best when it mattered most. For Luongo, the more the game mattered, the worse he played.

Even if @strombone1 is just a Luongo fan, he's seriously misguided.

Thomas has a few things in his impenetrable subterranean bunker that Luongo doesn't have. A Conn Smythe, for instance. As well as a Stanley Cup ring. Although Timmy has probably melted his ring in order to make bullets.
Posted by rob at 11:00 AM 2 comments:

Iowa -5 vs. Purdue
In Iowa, give the edge to the Hawkeyes. 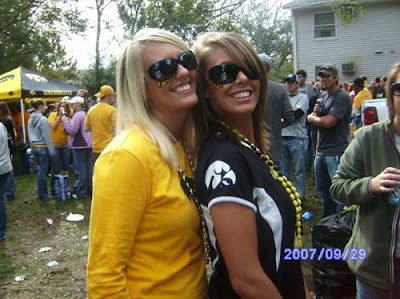 Akron -16.5 vs. UMass
UMass has struggled to adjust to FBS.

Oklahoma -21.5 vs. Baylor
Sooners should roll.

West Virginia +9.5 @ Oklahoma State
Should at least be close.

Minnesota -3 @ Illinois
The Gophers are better.

Georgia -14.5 @ Auburn
The Tigers are struggling.

Oregon -28 @ Cal
Not a spread big enough for the Ducks.