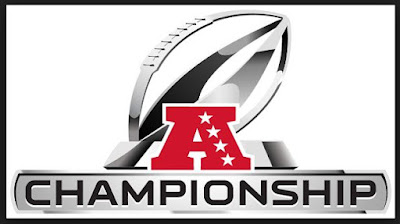 Patriots, Broncos. Manning, Brady. An AFC Championship and a trip to the Super Bowl on the line. What could be any better than that? I'll tell you what... Drinking so much alcohol you'll need to watch the 4th quarter in the Emergency Room. Here's a drinking game to play while the Patriots face the Broncos Sunday in the AFC Championship...


Anytime this happens...
Someone says "Omaha" = 1 drink
Broncos fans say that stupid "incomplete" chant = 1 drink
Brady and/or Manning are compared to all-time greats = 1 drink for each player compared to
Jamie Collins makes a freakishly athletic play = 1 drink
Matthew Slater makes a special teams tackle = 1 drink
Julian Edelman breaks a tackle = 1 drink
Rob Gronkowski destroys someone/something = 1 drink
You're worried Edelman or Gronk is injured = half a beer
Gronk spikes something = finish your beer, spike empty can/bottle on ground (bonus points for glass bottles)
Manning says the name of a city besides Omaha = 2 drinks
Manning says the name of a state/province = 5 drinks
Manning says the name of a country = finish your beer
Manning seems to adjust the play = 1 drink
Commentators praise Manning for a good play call = 1 drink
Commentators avoid criticizing Manning for a bad play call = 1 drink
Broncos run the ball = 1 drink
Manning overthrows a receiver = 1 drink
Manning underthrows a receiver = 1 drink
Manning makes an accurate throw longer than 10 yards = half a beer
Manning fumbles or throws a pick = 1 shot of liquor
Commentators criticize Manning for a mistake (unlikely) = 1 entire beer, 2 shots of liquor
The commentators mention HGH (this will not happen) = drink all alcohol in the building by the end of the game, which will be extra rough in an apartment building or a bar, so feel free to take performance enhancing substances to help